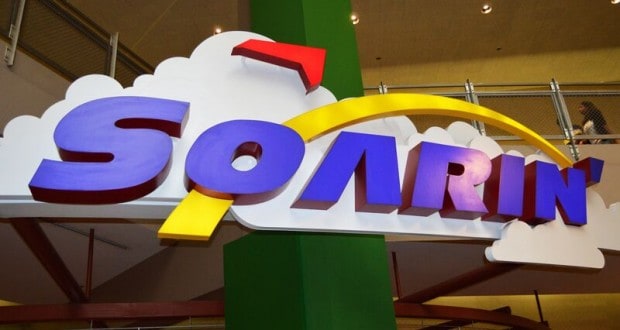 The Ultimate Walt Disney World Experience Checklist – 10 Things You Must Do!

Every visitor to Walt Disney World has a list of must-dos, but are they ultimate must-dos? The word ultimate indicates that we’re amping up our Disney experience. The following checklist includes our top ten must-dos and offers tips about how to give them a shot of adrenaline to increase your enjoyment.

Magic Kingdom delivers entertaining parades throughout the day, so get out there and watch one. Even if you’re not a fan of parades, you can still find lots of enjoyment watching characters romping around and dancing throughout the park. For the ultimate parade experience, watch the Festival of Fantasy Parade!

9. See Festival of the Lion King

Great shows at Walt Disney World certainly abound everywhere, but the wildly popular Festival of the Lion King at Animal Kingdom tops them all. You can sit and watch the show’s great display of singing, dancing, and acrobatics, but enhancing the experience means participating in it. Join the lions, elephants, giraffes, or warthogs in an animal call contest and sing along with Timon.

Three quintessential fireworks experiences can be found in Happily Ever After at Magic Kingdom, IllumiNations at Epcot, and Star Wars: A Galactic Spectacular at Hollywood Studios. Disney offers the Pirates & Pals Fireworks Voyage that brings even more magic to Happily Ever After. If you’re not boat-friendly, try a Fireworks Dessert Party for delicious sweets, drinks, and a clear view of the show available at all three theme parks.

Thought Florida had no mountains? Think again. The three mountains of Magic Kingdom, known as Big Thunder Mountain, Space Mountain, and Splash Mountain, offer thrills as you twist and turn through them, swerve back and forth, and, in one case, land in a pool of water. Since there are always long lines at each of these mountains, making them ultimate would involve using Fastpass+ as much as you can and visiting all three of them. Also, raising your hands may get the butterflies fluttering! Seven Dwarfs Mine Train would be a bonus as it isn’t technically a Magic Kingdom mountain but it does look like it!

5. Fly on Soarin’ and on Avatar Flight of Passage

Soarin at Epcot takes you on a hang-glider that soars around the globe! The ride’s design helps you to feel as if you’re actually flying as inspiring music fills the room. Disney also adds some extra features to stimulate your senses. Avatar Flight of Passage at Animal Kingdom takes you for a flight on the back of a Banshee (dragon-like creature). Both of these attractions are popular and for good reason! If you can’t use Fastpass+ for these, you’ll be waiting a long time, so plan in advance!

At Epcot, locate the World Showcase in the back of the park. Each of the 11 pavilions in the World Showcase features the culture and cuisine of its represented country. Making this an ultimate experience involves tasting a treat from each country and speaking with Cast Members from each one to learn about their country of origin.

If you love thrilling attractions, Disney doesn’t disappoint. In Animal Kingdom, ride Expedition Everest, Avatar Flight of Passage, Dinosaur, and Kali River Rapids. Epcot features Mission Space and Test Track.  The Twilight Zone Tower of Terror, Rock ‘n’ Roller Coaster Starring Aerosmith, and Star Tours – The Adventures Continue are the popular thrill rides at Hollywood Studios. Use Fastpass+ as often as you can for these attractions, because waiting times can exceed 90 minutes during peak season.

Any Cast Member in Hollywood Studios will tell you that Toy Story Mania is the most popular ride at Walt Disney World. Fastpasses go quickly, so it’s important to get them about thirty days in advance. The attraction takes you through a variety of video carnival-type games where you earn points and compete with everyone in your vehicle. Making this an ultimate experience means beating all the members of your party and maybe even earning the highest score of the day.

Taking lots of pictures makes your Disney vacation memorable no matter what attractions you visit or shows you see. Avail yourself of the many Disney PhotoPass photographers throughout the theme parks. They’ll take quality photos of your entire party without you having to instruct a stranger about how to use your camera or phone.

Also, look for places to meet with Disney characters so that you can get your picture taken with them. Make sure you meet Mickey and Minnie. Men, beware! Minnie might just try to flirt with you a little.