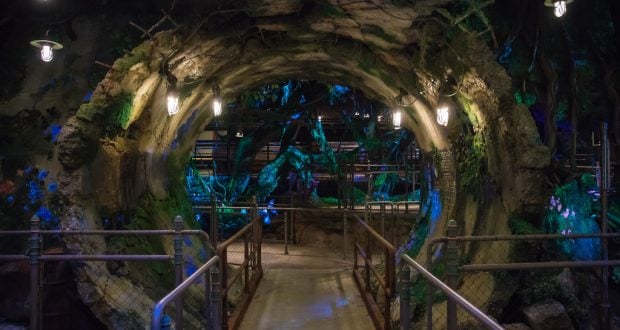 Part of the charm of Walt Disney World is its extensive list of attractions that have become classics that simply must be enjoyed on each and every vacation. From attraction with long histories such as Walt Disney’s Carousel of Progress to those that have been operating since the Walt Disney World Resort opened on October 1, 1971, there are experiences that are true classics and are beloved by many guests. While the classics are all amazing, what helps to make Walt Disney World so amazing is the constant change and innovation that transforms, improves, and extends the Disney Parks and property. In the last several years alone, the property has seen the addition of standalone attractions as well as brand new lands and areas that bring favorite characters as well as brand new adventures to life. These new attractions command impressive crowds and wait times thanks to their popularity, and it is safe to say that they soon will be considered classics as well. Here are eight relatively new attractions that guests simply cannot miss when enjoying a Walt Disney World vacation.

The Magic Kingdom’s most recent expansion brought the addition of New Fantasyland and Storybook Circus, where guests can continue the magic and enjoy experiences and attractions inspired by some classic Disney animated films. The Seven Dwarfs Mine Train was constructed in this addition and has guests board mine trains that sway from side to side as they set off across a mountain offering beautiful views of the area. The highlight of the attraction is when the mine trains enter into the mines where the Dwarfs can be found hard at work and guests are sure to find themselves singing along to “Heigh Ho.” With thrills and classic characters, the Seven Dwarfs Mine Train is a wonderful new addition to the Magic Kingdom. Epcot is currently undergoing many changes including the addition of several new attractions, however it has also seen much change in recent years. Test Track Presented by Chevrolet is an attraction that opened at Epcot years ago, but recently received a major overhaul where new technology and ride systems were introduced. The new experience has guests design unique SIM cars focusing on efficiency, power, responsiveness, and capability. After completing their design, guests can then board cars and see how their designs hold up on a course designed with innovative technology and effects.

6. Soarin’ Around the World

Another attraction in Epcot’s Future World that recently saw major changes and upgrades can be found inside of The Land Pavilion. Soarin’ Around the World used to be called just Soarin’ and it invited guests to hang glide over some of the most beautiful locations in the state of California. In recent years, the attraction received an overhaul where a few film and updated technology were introduced allowing guests to now travel across the globe over locations such as the Eiffel Tower, the Great Wall of China, Sydney Harbor, and more. With worldwide beauty and the remaining thrill of hang gliding high above, Soarin’ Around the World cannot be missed. World Showcase in Epcot has also seen some changes in recent years with the Norway Pavilion receiving the most attention. Previously known as Maelstrom, the attraction found in the pavilion received a major overhaul and was transformed into Frozen Ever After where guests can step into the fictional kingdom of Arendelle. After setting sail, guests find themselves encountering characters such as Olaf, Anna, Kristoff, and Sven before coming face to face with Elsa in her ice palace. With the classic song “Let It Go” and many other unforgettable moments, guests should definitely not miss out on enjoying Frozen Ever After.

Disney’s Hollywood Studios is currently undergoing major construction and changes with the addition of Star Wars Land, and recently the park welcomed the new Toy Story Land. The area brings the world of Woody and Buzz to life and magically shrinks guests down to the size of toys in Andy’s backyard. The most popular attraction in the area is Slinky Dog Dash where guests can have a seat inside of Slinky Dog himself and blast off on a track built by Andy. With thrills, two launches, and amazing views of Toy Story Land, Slinky Dog Dash is a must do in Disney’s Hollywood Studios. Also found in Toy Story Land is the new Alien Swirling Saucers attraction which brings the beloved little green aliens from Toy Story to life. The attraction features two rounded areas where guests board brightly colored saucers and set off on an experience that is out of this world. Once everyone is safely seated, the attraction slowly begins to spin in several locations, creating a whip like effect where guests find themselves moving very quickly around the curves of the attraction in a thrilling experience.

One of the most popular areas in all of Walt Disney World at the moment is the new Pandora – The World of Avatar in Disney’s Animal Kingdom. The area brings guests into the beautiful Valley of Mo’ara with majestic floating mountains and several must do attractions. The Na’vi River Journey brings guests on a serene boat ride through the beautiful bioluminescent jungles of Pandora where all sorts of exotic vegetation and animal life can be found. As guests move further through the attraction, they begin to encounter the Na’vi themselves before coming face to face with the Shaman of Songs who is one of the most advanced audio-animatronics ever made. Also found in Pandora – The World of Avatar is one of the most immersive and thrilling experiences in all of Walt Disney World. Avatar Flight of Passage uses impressive technology to link guests with the DNA of a Na’vi and allow them to embody an Avatar. Guests then board specialized bikes and travel through time and space to Pandora where they can partake in the thrilling rite of passage of riding on the back of a banshee. With amazing projection and film combined with technology that brings the incredible experience to life, Avatar Flight of Passage is a new experience in Walt Disney World that cannot be missed.