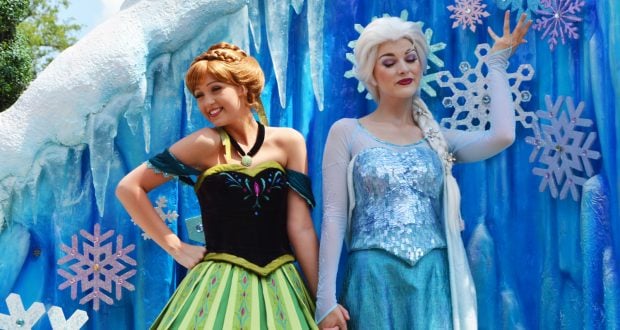 People who love Disney also know Disney very well. Our friends who aren’t fanatics may not always understand our obsession. Sometimes they’ll even say something that we think is ridiculous. Here are ten things that people have said to me; and probably will again. My sarcastic nature might show in my replies, but they’re all written in good fun. If there are any other statements or questions that drive you crazy feel free to add them in the comments.

How I usually answer: Yes, it’s a lot of fun.

How I want to answer: Star Wars: Galaxy’s Edge is based on Star Wars, not Star Trek. They’re two totally different franchises! They’ve been around for decades, and you don’t yet know the difference? (Star Wars and Star Trek fans have been fighting this battle for years, and now that Disney owns Lucasfilm it has become a Disney problem as well.)

How I usually answer: You should go. It’s a lot of fun for the whole family.

How I want to answer: Disneyland is in California. Walt Disney World is in Florida. Land first, World second. Why is that so difficult to remember?

8) Isn’t it just an amusement park? Another variation: Why didn’t you just go to (insert name of local theme park here) instead?

How I usually answer: While there are rides at any theme park, Disney goes above and beyond. The local park is fun for a day, but Disney is a vacation destination. You’re totally immersed in the Disney Magic the moment that you arrive.

How I want to answer: Comparing the local theme park to Disney is like comparing a middle school band concert to seeing the Boston Pops.

7) Shrek is my favorite Disney movie.

How I usually answer: Shrek is a funny movie, but it wasn’t made by Disney.

How I want to answer: DreamWorks made Shrek, not Disney. I know that DreamWorks starts with the same letter as Disney, but that’s where the similarities end. If you want to see a great Disney movie that pokes fun at other Disney movies, watch Enchanted.

6) I’m not going to Walt Disney World (or Disneyland) because Disney already has enough money. Disclaimer: fanatics can complain about the cost to each other, because it doesn’t keep us away.

How I usually answer: True, it’s expensive, but for my family and me it’s worth it.

How I want to answer: So you’re saying that you don’t shop at large department stores because they have enough money? How about eat at fast food restaurants? Do you put gas in your car? The oil companies have plenty of money. Disney brings us much more enjoyment than filling up the gas tank.

5) I don’t think that I could spend a week at Disney.

How I usually answer: There’s so much to do that you’ll never be bored. If you don’t want to spend an entire week there, try a long weekend.

How I want to answer: Good. That means I’ll have more of a chance of getting a FastPass+ for Avatar Flight of Passage.

4) We won’t go to the Disney parks because my sons don’t like princesses.

How I usually answer: There’s a lot more to Disney than just princesses. There are thrill rides, fun shows, great places to eat, and so much more.

3) What did you think of Diagon Alley? Usually followed by: Aren’t Universal and Disney the same thing?

How I usually answer: Diagon Alley is cool, but it’s not at Walt Disney World. It’s at Universal Orlando Resort, which is also in Central Florida. They are two different places.

How I want to answer: Diagon Alley is cool, but it’s not at Walt Disney World. It’s at Universal Orlando Resort. No, they aren’t the same thing. Universal is owned by NBCUniversal, Disney is owned by The Walt Disney Company. Hear the difference?

2) Don’t you want to go somewhere else for your next vacation?

How I usually answer: I love Walt Disney World. There is so much to see and do that it’s a different vacation every time.

How I want to answer: That’s a great idea! I’d love to visit Anaheim! Or maybe Paris. Tokyo and Hong Kong have Disney parks as well. Oh wait…what about Shanghai Disney Resort? That’s going to be incredible. I’ve always wanted to visit Hawaii, and Aulani is stunning. I could join the Disney Vacation Club, my family would love that. Or maybe we’ll take a Disney Cruise. Do you want to pay for it for me?

1) You should just “let it go” ha ha ha (referring to my Disney obsession).

How I usually answer: Ha ha, that’s a good one.

How I want to answer: I haven’t heard that one since…let me think…yesterday.