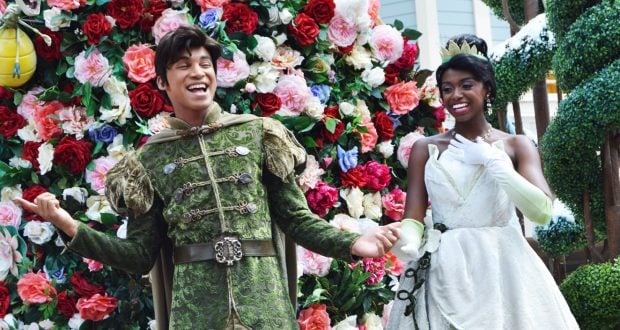 The Magic Kingdom is fondly known as the “Most Magical Place on Earth,” so naturally there would be so many reasons to want to visit. From magic to Mickey ears, this place has it all, but below are the ten best reasons to visit the Magic Kingdom.

10. Keys to the Kingdom Tour

This one-of-a-kind walking tour of the Magic Kingdom allows you to peek “backstage” and head below the attractions into the secret hallowed halls of the world-famous utilidoors. The adults-only outing (well, at least 16 years old) takes you on a whirlwind tour of Main Street, U.S.A., Adventureland, Frontierland, and Liberty Square with a knowledgeable tour guide who will give you the Magic Kingdom tour of a lifetime.

The Magic Kingdom opens at different times each morning depending on the season and day. Be sure to look up the exact time of opening and get to the park at least a half hour before that. Guests who are there early are welcome to enter the park to spend time on Main Street U.S.A. before the park officially opens. Main Street and the hub in front of Cinderella Castle remain open while the rest of the park is still closed. Roughly 5 minutes before the official park opening, “Let The Magic Begin” begins! This is a welcome show held on the stage in front of the Castle with fun music, special characters, and a few fireworks to kick off the day!

8. Breakfast and Lunch at Be Our Guest

Located across a drawbridge and within Beast’s castle, this restaurant serves breakfast, lunch, and dinner to hungry visitors. The breakfast and lunch options are preferable, because you don’t need a reservation! The sandwiches at lunch are amazing, the dessert cupcakes are delicious (try the “grey stuff’!), and you won’t be rushed. Going at breakfast or lunch also allows guests to experience all the castle has to offer at their own pace – the music box made by Belle’s father as a wedding gift, the ballroom, and the West Wing – home of the enchanted rose.

One of the best parts of the Magic Kingdom is the chance to search for Hidden Mickeys throughout the whole park. Hidden Mickeys are shapes inserted into attractions, sidewalks, light fixtures, etc. by Imagineers to resemble the classic Mickey shape. They are a sort of calling card of the Imagineers who designed and built each attraction, and it is so fun to look for them as you tour the park.

As of late, Walt Disney World has been refurbishing the queues located throughout the park to make them interactive. The first of these can be found at The Many Adventures of Winnie the Pooh, then the Imagineers tackled the queues for the Haunted Mansion, Big Thunder Mountain, and the Seven Dwarves Mine Train. The interactive queues provide an opportunity to become a part of the attraction story while waiting to ride, as well as a chance to let off some steam while waiting for the chance to ride.

Be it Splash, Space, Big Thunder, or the Seven Dwarfs, the Magic Kingdom is a mountainous place. Just kidding! The park may be level, but these mountains provide up-down-and-all-around thrills to all who ride. Each mountain tells a story and corresponds with the land in which it sits. Sing-along with Brer Rabbit on Splash Mountain, pan for gold on Big Thunder, head into the mines with the Seven Dwarfs, or face the final frontier on Space Mountain. The choice is yours.

Sleepy Hollow Refreshments, located within Liberty Square while offering an amazing view of Cinderella’s Castle, has some of the best food options to be found within the Magic Kingdom. Sure, some head here for the large, homemade, ice cream cookie sandwich, – two scoops of hand dipped ice cream sandwiched between two freshly made chocolate chip cookies about the size of dinner plates – but the waffle sandwiches are this spot’s most famous option. There are both savory – buffalo chicken on a cornbread waffle – and sweet – nutella and strawberries on a Belgian waffle, anyone? – options from which to choose and all are delicious.

One of the best opportunities offered at the Magic Kingdom is the chanced to meet your favorite character. Guests can meet all of the Princesses at Cinderella’s Royal Table and Princess Fairytale Hall, as well as several other locations throughout the park. Plus, you can meet other remembers of the Walt Disney World family throughout Magic Kingdom. One great way to see multiple characters at once is with the Festival of Fantasy Parade. All the favorite characters are in this awesome parade!

There is no greater reason to visit the Magic Kingdom than Happily Ever After. This nightly spectacular is a visionary masterpiece that projects images onto Cinderella’s Castle while the most beautiful soundtrack plays throughout the park. Memories of all your family adventures flood your mind while watching this show and it provides a wonderful experience.