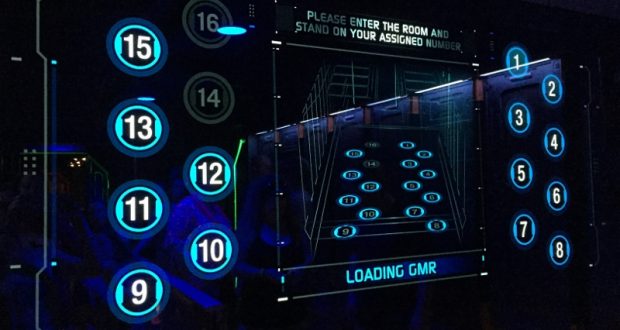 11 Of The Most Popular Attractions At Walt Disney World

While all rides and other types of attractions at Walt Disney World are special, there are some that are more popular than others. These are the choices at the top of most FastPass+ lists. They also tend to have the longest lines, and guests are willing to wait. Narrowing this list down to eleven attractions was not easy. The Twilight Zone Tower of Terror, Peter Pan’s Flight, Splash Mountain, and several other attractions also deserve a spot on this list. All four parks are represented, but the water parks are not. The line had to be drawn somewhere.

This is one ride that will never repeat itself. You’ll ride in an open air vehicle into Disney’s man-made Harambe Wildlife Reserve. Your driver/guide will point out the animals and other things of interest along the way. Since the animals are roaming freely, you never know what you’re going to see. The safety of the animals is the top priority, so don’t be surprised if you need to stop and sit so that a giraffe can cross the road. Try to ride as early in the day as possible, because that’s when the animals are most active. An after dark version is in the works. That will make the ride more popular than ever.

While Kilimanjaro Safaris provides the thrill of seeing live animals, there’s a different type of thrill available in the Asia section of the park. Expedition Everest is not just another steel roller coaster. You’ll head into Mount Everest and come face to face with the mythical Yeti. The ride reaches 50 miles per hour, and features an 80 foot drop. There’s a reason why it doesn’t take long for a line to form on most days.

Test Track is a thrill ride that is loved by coaster fans and also those who don’t like large drops. The attraction starts before you even see the ride cars. You and your party will work together to design a concept car; up to three people per design. After you’re satisfied with the design, you’ll head towards the ride. The first part of the ride is putting the car through its paces, but the best part is when it heads outside on the open track. You’ll hit a speed of 65 miles per hour. If the line is long and you used your Tier One FastPass+ on Soarin’ or Frozen Ever After, Test Track has a single rider line. The ride was redesigned in 2012 to mixed reviews. The actual track remained the same, it’s the other elements of the ride that changed.

Space Mountain is a Disney classic. It is such an important ride that you’ll find a version of Space Mountain at all of the Disney Resorts across the globe. While the dark coaster doesn’t quite reach a speed of 30 miles per hour, it feels like it is much faster. The concept is that you’re blasting off into outer space on the space shuttle. Space Mountain a ride that many fans will hit more than once during the day. If the line is long don’t despair. The wait is indoors, out of the hot Florida sun, and there’s an interactive queue.

Zero to 60 in less than three seconds; that’s all that coaster fans need to hear to make Rock ‘n’ Roller Coaster so popular. The concept is simple, you’re late for an Aerosmith concert, and the band sends a limo to get you there. While on the dark ride you’ll experience three inversions, and it’s all set to Aerosmith’s music. There have been rumors over the years that Aerosmith is planning to end their association with the ride, but there have never been any facts to back the rumors up. There is a single rider line, but since the seats are two across it doesn’t always move faster than the standby line.

With Soarin’ you’ll feel like you are truly flying! Using IMAX technology, you’ll soar around the world above famous landmarks. While Soarin’ is mostly a gentle ride, you might want to skip it if you’re prone to motion sickness. It’s a Tier One FastPass+ attraction, meaning that you’ll have to choose between it, Test Track, and Frozen Ever After.

Toy Story Mania is fun for the entire family. You’ll try your hand at carnival style games. You’ll need 3D glasses to play; and the help of some of your friends from the Toy Story franchise. If there’s a line don’t worry, unless it’s really long the wait is inside, and you’ll walk through the games that you played as a child. A Toy Story Mania expansion is planned, which will make the wait shorter. It’s a Tier One FastPass+ attraction, so you’ll need to choose between it and Rock ‘n’ Roller Coaster. The FastPass+ reservations will usually run out faster for Toy Story Mania.

Na’vi River Journey is one of the two incredible attractions that is now open in the new Pandora – The World of Avatar area in Disney’s Animal Kingdom theme park. Climb aboard a small boat and feel the slow river push you along. The space around you glows as if bioluminescent lighting has struck the rainforest with beauty! The sights and sounds appeal to the senses as you drift down river. Pass caves, exotic plants, and interesting animals to reach a very important member of the Na’vi tribe. This is one family friendly journey down river not to miss!

This attraction is located in the Norway Pavilion and boasts extremely long wait times in the stand-by line. Save the time… FastPass this one! Frozen Ever After is a family-friendly boat ride that took the place of the former Maelstrom and follows a similar track, winding through multiple experiences up and down the river. It’s a fun attraction with beautiful surroundings, top notch animatronics, and of course… the forever popular Frozen characters and songs to sing along with!

We love this family friendly roller coaster featuring Snow White’s best friends. There are no huge hills or drops, but riders do need to be at least 38 inches tall. The ride is smooth, featuring new technology to make you feel as if you’re riding in a mine cart. The ride slows down in the middle, allowing you to see all seven dwarfs at work in the mine. There are some elements from the now closed Snow White’s Scary Adventures added into the ride, make sure you look for the witch at the end. You’ll want to try as soon as possible to make a FastPass+ reservation, chances are that they’ll run out well in advance. The standby line is mostly outdoors and uncovered.

Prepare to straddle what feels somewhat like one of those motorcycles at an arcade, be secured in, and then using 3D screen technology, awesome 4D effects, and motion simulation – feel like you are literally flying on the back of a mountain banshee in the most exhilarating way. Your banshee (somewhat like a flying dragon) will soar through the sky as it takes you on the ride of a lifetime through Pandora – The World of Avatar.