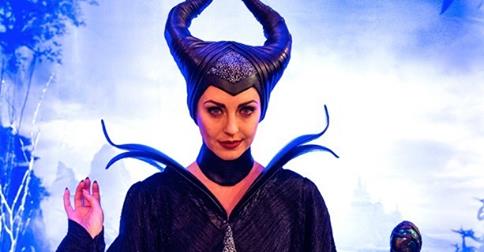 The Ten Most Heinous Disney Villains

Disney animators, writers and directors do a fantastic job with character development, and the villains are sometimes even more fleshed out than the heroes. Many of them become fan favorites, and as a group they have inspired events in the parks (or at least key roles in park events). Here is my countdown of the 10 most heinous of Disney villains.

10. Urusla
This is one mean Sea Witch with some power and jealousy issues. Not only does she trick poor Ariel into giving up her voice for legs in a scheme to take over King Triton’s power, she then manipulates the situation by showing up and putting Eric under a spell to stop him from falling in love with Ariel (sans voice). Like all good Disney villains, she gets hers in the end, but not before becoming a humongous, menacing monster.

9. Cruella De Vil
Villain is built into her name. And it doesn’t take much to dislike this character (whether or not you are an animal rights activist). I mean who in their right mind would make fur coats out of puppies! So we have the implied heinous crime (by her coat), and the actual crime of kidnapping the puppies from their parents and owners. She is just bad . . .”if she doesn’t scare you no evil thing will.”

8. Lady Tremaine
Lady Tremaine brings child abuse to a whole new level, she is lucky they didn’t have DSS in her day. Using her stepdaughter as her servant, never allowing her the niceties her snotty daughters have, and then sabotaging Cinderella’s chance at true love . . . can we say jealous? To lock a child in her room and deny her the things she was entitled to by her father? Terrible.

7. Mother Gothel
While we’re on the subject of child abuse . . . and kidnapping . . .and vanity, there’s Mother Gothel from Tangled. Her vanity and desire to stay and look young drive her to kidnap Rapunzel from her loving parents and lock her away in a tower so she can use her hair to stay youthful. Then when Rapunzel finally begins to see the world she lies and denies her happiness again, all while making Rapunzel feel she is the one to blame. Luckily, she also gets hers in the end.

6. Governor Radcliffe
This power and money hungry Colonial Governor in Pocahontas is one bad dude. His greed and disregard for other people and the world around him are showcased in this film, “it’s mine , mine, mine for the taking.” No wonder the Native Americans disliked the white settlers.

5. The Evil Queen
Okay, this lady has cornered the market on jealousy in Disney films. She was so vain that she was willing to have a young girl killed to maintain her spot as the fairest in the land. The Evil Queen looks pretty mean as her regular self, but then she transforms into that old hag to take the poison apple to Snow White, and she is really scary. Thank goodness her spell could be broken with true love’s kiss (and that she, like so many other villains, was destroyed).

4. Maleficent
Ok, leaving out the live action feature, the animated Maleficent is a pretty horrible and scary person. Just look at her with those horns and the green skin—yikes! And then she goes and turns into a dragon. It takes a pretty wicked person to arrive at a celebration of a baby’s birth to brandish her with a curse to die on her 16th birthday. She basically denied Aurora’s parents the girl’s entire childhood, then lured her in to make the spell come true, and tried to kill Prince Philip. E-V-I-L

3. Dr. Facilier
AKA The Shadow Man. Dr. Facilier is a New Orleans witch doctor, practicing the craft of voodoo to trick his victims. After telling their futures he offers them a deal they can’t refuse to improve their situation, but what he is really after is power for himself—with help from his friends on the other side. Although turning a prince into a frog and then sending the dark shadows out to do away with him is pretty bad, I think his most despicable act is stepping on and killing my favorite character in the movie: Ray. But Ray overcame and ending up in the sky with his sweet Evangeline. And Facilier, well he ended up with his friends.

2. Scar
With influences from Hamlet, the story of the Lion King places the evil and lazy brother hungry for power in the prime spot to be a major villain. Voiced by Jeremy Irons, Scar even sounds wicked. Then there is the whole alliance with the hyenas thing. Not does Scar plot his brother’s death in a very painful and horrible way, he sets it up to make his young nephew believe he caused his father’s death, scarring him forever and forcing him to leave his home. Then turns the once fruitful savanna into a wasteland. Heinous.

1. Claude Frollo
Just looking at this villainous justice minister in Hunchback of Notre Dame sends shivers down my spine. Disney animators explored a whole new level of dark in this film. He has a group of cronies to do his evil bidding, including trying to rid the world of gypsies who he sees as inferior. He captures the gypsies, he kicks one woman down the steps killing her, and he tries to drown her infant son who becomes Quasimodo—and this is all at his first appearance in the movie. He lacks any compassion, and has lustful feelings toward the gypsy Esmeralda—threatening to kill her if she does not return his feelings. Frollo is one deeply disturbed individual. And definitely the most heinous of Disney villains.

Which Disney villain do you love to hate?