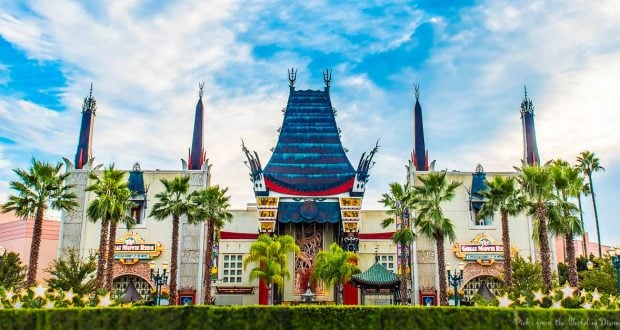 Change is necessary at any amusement park. New rides and experiences are what make people want to come back, and keep the parks ahead of the competition. Nowhere is change more important than at Walt Disney World. If it was still just one theme park with a couple of dozen attractions, Central Florida would not be the top family tourist destination in the world. Change comes with a price, and that price is often controversy. Here are ten controversial changes that have hit Walt Disney World.

In 1996 Walt Disney World observed its 25th birthday. To celebrate, Cinderella Castle was changed into a giant birthday cake. It was covered in pink “icing” and sported 26 candles. It was decorated with items to represent candy, such as gumdrops, lollipops, and Life Savers. It stayed that way for the 15 month celebration. The problem was that it no longer looked like Cinderella Castle. People dream of their pictures with the castle as the backdrop, and the cake idea ruined that dream. You will not hear many people speak highly of how the beloved castle looked as a birthday cake.

The Walt Disney World College Program allows students 18 years and older to spend a semester working at Walt Disney World. They gain work experience, and Disney has jobs filled. The controversy comes because the College Program workers are paid a lower salary than their counterparts who aren’t in the program. Many say that the program takes jobs away from the locals, and also drives down how much other cast members will make. There is no union for College Program workers, and they do not receive insurance. Proponents of the program say that it fills part time jobs and gives students from around the country a chance to gain some real life experience.

8. The Opening of Disney’s Animal Kingdom

Disney’s Animal Kingdom opened on April 22, 1998, and it was not without controversy. Some animal rights groups were concerned about the welfare of the animals, especially after some died due to either moving to a new place or being hit by a vehicle. On opening day about two dozen protesters showed up. Police presence was much greater, with around 150 officers, and there were no arrests.

In 2012 it was announced that the popular Main Street Bakery would be closing at the Magic Kingdom. It would be replaced by, gasp, Starbucks. The announcement led to thousands of emails and letters to Disney, begging them to reconsider the decision. Others planned to not renew their Annual Passes and to boycott Walt Disney World all together. Disney soon let it be known that Main Street Bakery wouldn’t really be gone, it would just serve Starbucks products. The location reopened in 2013. There are some Starbucks logos at the location, but it still has the Main Street Bakery name and charm. The warm cinnamon rolls that the original location was known for are no longer served. They can instead be found at Gaston’s Tavern in New Fantasyland.

There is no doubt that MagicBands can make your vacation easier. You can use them to enter the parks, for your FastPass+ times, to pay for your meals and purchases, to link your pictures to your account, and more. Disney claims that in the future MagicBands will allow them to give guests a more personalized experience. The question is, how far should they go? Many people do not want their every move tracked when they go to a park, but that is exactly what Disney will be able to do. While the convenience of a MagicBand can be a great thing, knowing that Disney employees will be able to tell which rest room you used and when can be a bit unsettling.

5. Pandora – The World of Avatar

In January, 2014, Camp Minnie-Mickey closed at Disney’s Animal Kingdom. A few days later ground broke on a new land. Pandora: World of Avatar is based on James Cameron’s huge hit movie Avatar. The reason that this is controversial is because some believe that a movie based on made-up creatures has no place in a park that is devoted to live animals. While some argue that DinoLand, U.S.A. isn’t based on live animals, at one time dinosaurs did roam the earth. The fact that Avatar was released in 2009 makes it even harder to argue that it’s a good fit for the park. The good news is since Pandora opened in 2017, it has been getting great reviews with arguably one of the best attractions on property – Avatar Flight of Passage.

Mr. Toad’s Wild Ride was one of the original rides at Walt Disney World. The attraction was “wildly” popular, in part because it took riders outside of their usual happy experiences. The ride involved a train wreck and a trip through the Disney version of Hell. Everything turned out fine in the end. When it was announced that the ride would close to make way for a new attraction based on Winnie the Pooh, fans jumped into action. There were protests, letter writing campaigns, and even T-shirts. In the end the protests did no good, and the ride closed forever on September 7, 1998. The Many Adventures of Winnie the Pooh opened in the same space on June 4, 1999. There is a nod to the former occupant in the newer attraction; one of the pictures on the wall in Owl’s House is of Mr. Toad handing over the deed to Owl. All is not lost for Mr. Toad fans. They can still enjoy the ride; they’ll just have to head to California in order to do it.

3. Removal of the Sorcerer Hat

When Disney-MGM Studios opened in 1989, the icon was the Earful Tower. In 2001Disney celebrated 100 Years of Magic (to coincide with Walt Disney’s 100th birthday) and a new icon was built. The Sorcerer Hat (also known as the Sorcerer’s Hat) was based on a scene from the Disney movie Fantasia. The Hat became the park’s new icon. Most longtime fans of Disney’s Hollywood Studios (those who still refer to it as Disney-MGM Studios) hated the Hat. They said that it blocked the view of the Chinese Theater. The Hat soon grew to have its own set of fans. It made for a great picture opportunity, something that was never possible with the Earful Tower. Love it or hate it, the hat is now gone.

2. The Close of Maelstrom

One of the reasons that World Showcase is so popular is because it’s not filled with ties to the Disney movies. True, you have Gran Fiesta Tour Starring The Three Caballeros and plenty of character greetings, but it still seems like a way to step outside of the Disney movie madness for a little while. It’s more mature. All of that changed In October, 2014, when the popular Maelstrom ride closed in the Norway Pavilion, and construction began to replace it with Frozen Ever After. While some fans were happy about the change, a lot were not. The old ride was cheesy but fun, and you did get a quick history lesson. Many Disney fans feel that Frozen is being overdone in the parks, but it seems that the movie’s presence will be around for years to come.

1. The Close of The Great Movie Ride

The Great Movie Ride at Hollywood Studios made its last trip through the movies August 13, 2017. This attraction was actually the last operating attraction from Hollywood Studios’ opening day in 1989. With numerous audio-animatronics, theatrical sets, a few live actors, and much more – this attraction took guests through iconic scenes from twelve classic films throughout motion picture history. While we miss The Great Movie Ride, we are however thrilled with the new attraction in it’s place, Mickey & Minnie’s Runaway Railway, which opened in 2020.

2015-01-15
PaulaK
Previous: How Much Do You Really Know About Epcot? Quiz
Next: 8 Big Reasons You Should Attend the Epcot Flower and Garden Festival