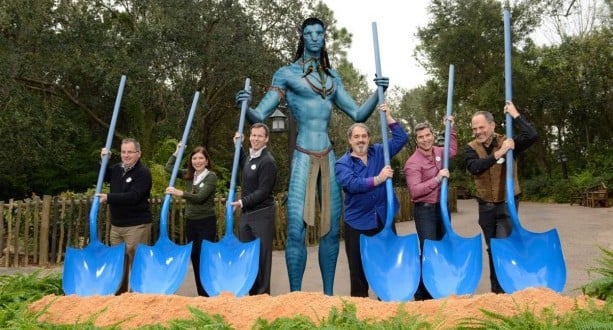 Disney’s Animal Kingdom is undergoing a major transformation. Camp Minnie-Mickey closed early in 2014, and work is well underway for a new land, which will be based on the movie Avatar. The new land is expected to open in stages, and to be completed sometime in 2017. More than just Avatar Land is currently changing at Disney’s Animal Kingdom. It’s been considered a half-day park for too long, and Disney wants to change that perception. Once the work is complete you can expect longer hours and more nighttime activities. Here are six things that should happen at Disney’s Animal Kingdom in the future.

Camp Minnie-Mickey was the main place in the park to meet and greet characters. Since it closed, characters have been spread throughout the park. While nothing official has been said by Disney, you can expect that there will be some unique character greetings in the new Avatar Land. Most likely this will be the only place at Walt Disney World where you’ll be able to meet some of the new characters.

The details of new dining establishments in Avatar Land have not yet been released, but there will be at least one restaurant there where you can grab a bite to eat. One of the more prevalent rumors is that there will be a quick service restaurant that will resemble an army mess hall. It will be made to look like the mess hall that is found in the film.

Kilimanjaro Safaris is a fun ride because you never know what you are going to get. It is also a daytime ride. Walt Disney World has confirmed that a new nighttime version of Kilimanjaro Safaris will open sometime in the future, allowing guests to see the nocturnal animals. There could also be a new story to go with the later ride. No date has yet been announced for the nighttime safari.

Part of the reason that some guests leave Disney’s Animal Kingdom early is because of the lack of a nighttime show to end the day. All of that is going to change. Rivers of Light will be held on and around Discovery River. It will feature live music, water screens, floating lanterns, and more. A highlight is expected to be the illumination of the Tree of Life, which is having all of its leaves replaced for the new production. Rivers of Life is expected to open sometime in the spring of 2016.

2) An Avatar Based Boat Ride

A new land needs rides, and two have been announced by Disney. The first is a dark boat ride. It will be a family friendly attraction, and will take guests into the jungles of Pandora at night. It is expected that the indoor ride will use plenty of audio-animatronics so that guests will feel like that are traveling through the movie.

The attraction that has everyone excited is the other new ride that will be in Avatar Land. Guests will hop onto a mountain banshee and take a trip over Pandora. While the ride will most likely use IMAX screens, don’t compare it to Soarin’. The ride might also use 3D to make it more realistic. It’s supposed to be unlike any other ride on the planet, so expectations are already high.