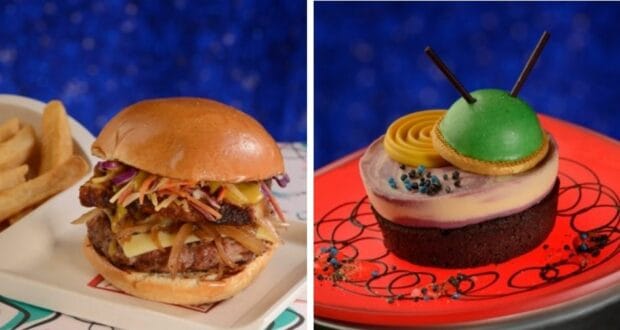 If there is one thing that Walt Disney World Resort is known for, it is its hundreds of delicious, mouthwatering food options that Guests can get at the four theme parks, Resort hotels, and Disney Springs. One of the most difficult parts of planning a Disney World vacation can be narrowing down all of the incredible places you want to dine at. And Disney may have now just made that decision even more difficult, as the Sci-Fi Dine-In Restaurant is set to release a ton of new menu options in just a couple of weeks. These new menu options will make their theme park debut on June 2! The Sci-Fi Dine-In Theater Restaurant is an iconic table service location in Disney’s Hollywood Studios. Guests can’t get enough of the completely immersive environment, which lets them dine on delicious food while sitting in classic cars and watching old movies. These new dishes will be sure to make your dining experience even more amazing and make your taste buds sing! 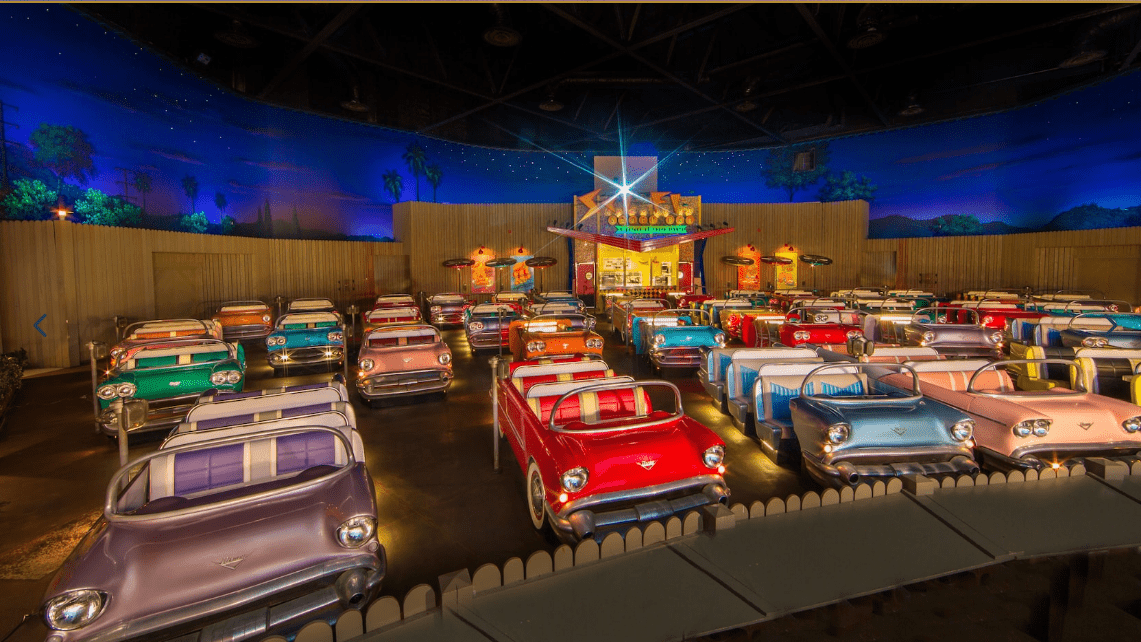 Let’s take a look at all of the mouthwatering options!

These delicious wings will come tossed in a porter barbecue sauce. They will be served with a house-made pineapple and poppy seed coleslaw. 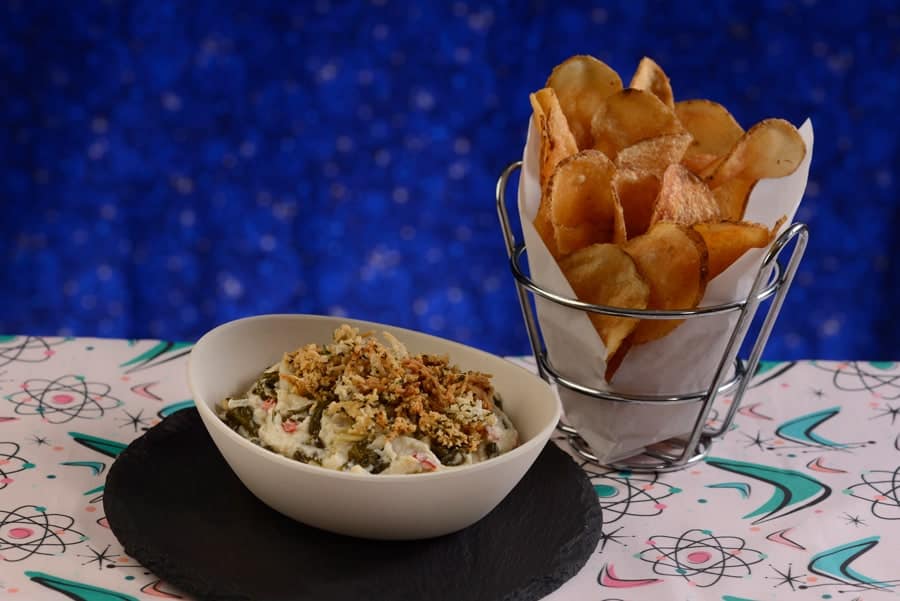 Every good Caesar salad is made with a lot of garlic, but great ones take that and turn it on its head — which the Sci-Fi Dine-In is doing with its Black Garlic Caesar salad. This incredible salad is made with petite romaine, grilled hearts of artichoke, chopped Applewood smoked bacon, shaved Parmesan covered with house-made black garlic Caesar dressing, and served with a tasty, toasted crostini.

Walking around a theme park all day and waiting in line can be completely exhausting. Sometimes you need something light and fresh to give you the energy you need to keep going. The Grilled Chicken Citrus Salad is made with romaine lettuce, spinach, and arugula with rainbow tomatoes, candied pecans, cranberries, and feta cheese topped with a house-made citrus vinaigrette and grilled marinated chicken. 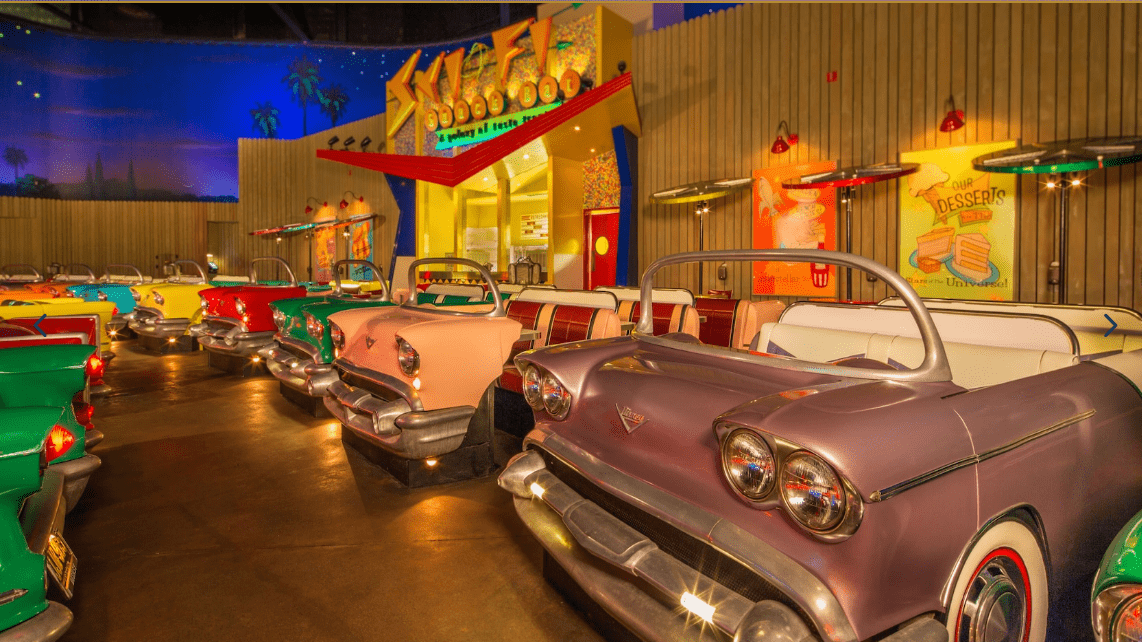 Okay, we admit, this is not a completely new burger. The Pork on Pork Burger started out as a temporary menu item, but has been so popular that Disney decided to make it permanent. The Pork on Pork Burger includes a grilled house-made pork patty topped with roasted pork belly, white sharp cheddar cheese, caramelized onions, cabbage slaw, and a house-made Carolina mustard sauce.

This hearty burger is perfect for those who can decide if they want a burger or seafood, so they get both. The Surf & Turf burger is a unique twist on a classic with a signature blend of beef and house-made seasoning served on a brioche bun and topped with a shrimp and crab cake, pepper jack cheese, chipotle hollandaise sauce, grilled onions, heirloom tomato, arugula, and house-made vinaigrette.

Savory items aren’t the only things making their way onto the Sci-Fi Dine-In menu. Disney is also adding two new and delicious desserts. First up, The Red Planet, which is a white chocolate cheesecake with blueberry compote on a graham cracker tart with a matcha sponge and gold candied pecans.

Next up on the list, the Out-Of-This-World Sci-Fi Swirl, which features a pineapple mousse with passion fruit cosmic swirl and a spiced lime spaceship garnished with space dust and blood orange coulis.

Wow, we don’t even know where to begin on all of these incredible dishes! Each and every dish has been crafted to bring a ton of great flavors and memorable meals to your Walt Disney World vacation.