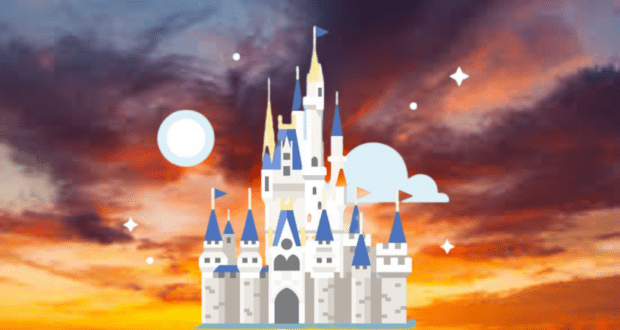 A massive cloud of dust is on the move, and Central Florida lies right in its path, and it’s not your average, run-of-the-mill dust storm.

It’s called the Saharan Air Layer, or SAL. It’s a huge mass of dry and dusty air that originates over the Sahara Desert in Africa in the late spring and early summer months. The dusty layer of air then travels west off the coast of Africa into the northern Atlantic Ocean.

According to meteorologists at FOX 35 Orlando, the current Atlantic high pressure and its associated clockwise flow of air could serve to bring the massive cloud of Saharan dust to Central Florida this weekend.

Meteorologists are tracking the SAL, and the most current forecasting models show the veil of dust arriving in the Southern Gulf as early as this weekend. The dust is then forecast to move across much of Florida.

RELATED: Here’s why you won’t find mosquitoes at Disney World, even in the hot, humid summer

While dust is usually something we try to eliminate, the dusty Saharan Air Layer can actually be helpful. If it reaches Florida, it can actually help to limit some of the usual afternoon thunderstorms common in the Sunshine State. And speaking of sunshine, the SAL can even help to cause sunrises and sunsets to be more vibrant as dust works to scatter light in the upper atmosphere. 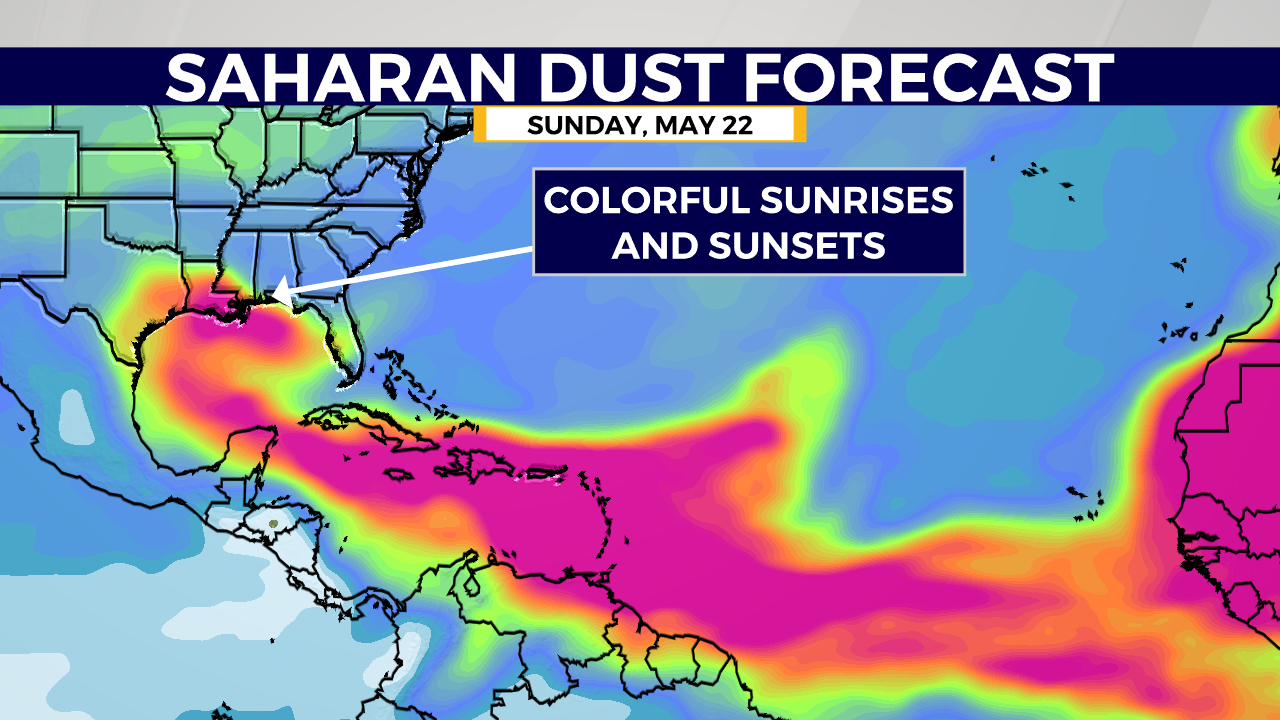 The Saharan Air Layer has also been known to keep tropical cyclones in the Atlantic from gaining strength. Its ability to limit tropical development can be especially helpful in places like Florida where hurricane activity can be a threat from June to November each year.

According to the NOAA, Saharan Air Layer activity usually intensifies in mid-June. It then peaks from late June to mid-August. During this time, new outbreaks of the massive dust storm occur every 3 to 5 days.

It’s during these peaks that individual Saharan Air Layer outbreaks reach further to the west, sometimes as far west as Florida, Central America, and Texas. The outbreaks can cover large areas–sometimes areas as expansive as the enter lower 48 states. Dusty air may linger over much of Florida into early next week, so if you’re visiting the Walt Disney World Resort over the next several days and you notice hazy skies and wind, you may be experiencing the effects of the Saharan dust layer. But if the hazy skies get you down while you’re visiting the parks at Disney World, stick around a while because you might just be rewarded by some of the most vibrant sunsets you’ve ever seen!

2022-05-19
+Becky Burkett
Previous: Air Passengers onboard flight bound for Orlando had to practice patience as a newborn baby was simply unable to wait
Next: Enjoy a Seafood Feast at Paddlefish in Disney Springs!