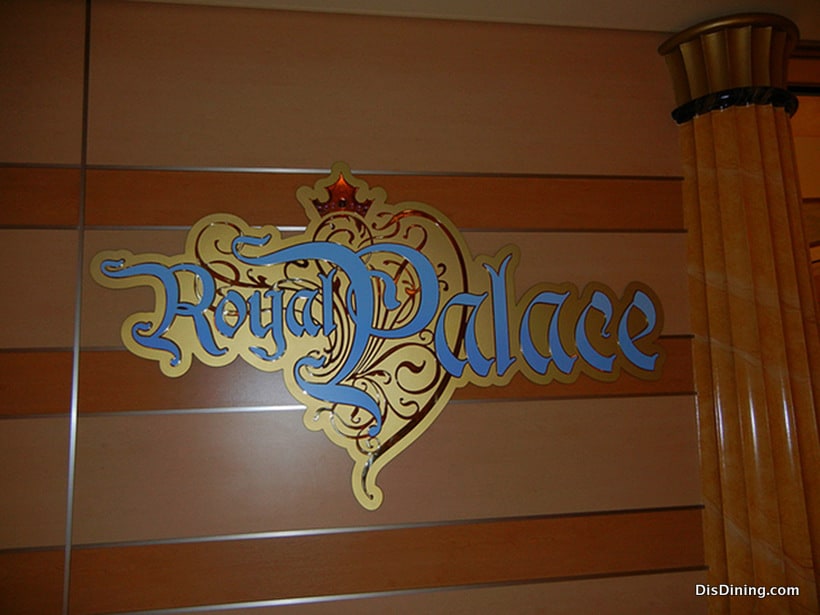 Fit for royalty and taking its inspiration from the beloved Disney princesses (Snow White, Cinderella, Aurora and Belle), Royal Palace on deck 3 of the Disney Dream is a lavish affair.  As if a fairytale has come to life, the dining room is ornate and magical, adorned with glass slipper chandeliers and gilded royal crests and accented by golden columns and marble floors. Breathtaking hand-painted portraits of  the famous storybook princesses breathe life and enchantment into the walls.

Entering the elaborate and stately archway, one almost expects to be announced as a guest at Cinderella’s ball.  The servers are donned in elegant, princely attire – dark jackets ablaze with gold trim and are as regal and  noble as  castle attendants.  They play the part beautifully.

Adorning the tables are silver coach break baskets, a delightfully whimsical touch.  And it is in careful details such as this that the essence of a fairytale romance is brought to life.

The menus are written in flowing calligraphy and resemble a royal decree, another adorable touch.  Serving French-inspired continental cuisine, Royal Palace is one of three restaurants on ship that is part of the rotational dining experience.  Each night, guests are scheduled to dine in a different restaurant.  Your assigned servers follow you to each restaurant so that each night you are greeted by the same wait staff and are seated with the same fellow cruisers.

On this night, we began our meal with Belle’s French Onion Soup with Gruyere cheese croutons.  The soup was rather salty and this seemed to overpower both the onion and cheese components.  While the Gruyere cheese was strong in character, it still lacked the zest it was meant to possess due to the over-seasoning.  We opted to eat only a few spoonfuls and contented ourselves with the herb brioche and creamy olive dipping sauce which was quite scrumptious.

Moving onto appetizers, we opted for the Iced Lobster and Jumbo Shrimp, accompanied by a lovely crisp white and green asparagus mini salad and topped with a delightful lemon-dill, horseradish cream.
The seafood was plump, properly chilled, meaty and tender.  While the shrimp was slightly better than the lobster (which was a just a tad dry and could have perhaps been slightly sweeter), the choice was a splendid one, and we devoured every bite.

We may have made an error choosing the  Aged Angus Beef Tenderloin with Lobster Medallions as our entree.  While the sauteed snow peas made the presentation colorful, they could have been crisper and , in fact, were unusually soggy.  The beef was sadly bland and had almost no hint of seasoning.  Perhaps they ran out by adding all of it to Belle’s soup!  While the one lobster medallion was sweet and tender and a step above the lobster served in the aforementioned appetizer, there was sadly only one small morsel.  The accompanying potatoes were dry and crusty.  A big disappointment.  Unfortunately, the other diners at our table, whether they had ordered this same entree or another, were all rather disillusioned by their main courses.

As all fairtytales traditionally have a happy ending, so did our meal as we hit two home runs with the desserts. The Peanut Butter Mousse was a delicious combination of dark chocolate, peanut butter and chiffon cake with real whipped cream.  It was decadent, milky and delicious.  The Tahitian Vanilla crème Brulee was  unbelievably good.  A carmelized layer perfectly glazed and crispy topped a creamy, vanilla bean flavored custard.  It was amazing and transported us back to thinking we were at the most lavish of balls resplendent with the finest of foods.

While Royal Palace may have had its hits and misses as far as menu, the atmosphere and elegance alone are worth the experience. To be transported into the magical world of castles, coaches and glass slippers for a few hours is what Disney is all about and what Disney does best.   You won’t want midnight to ever arrive.

FOOD:  Some highs and lows.  There doesn’t seem to be consistency here as it is either truly wonderful or sorely lacking in flavor.  While nothing is inedible, it does fall short of most Disney standards.

ATMOSPHERE:  Who doesn’t want to be royalty for an evening?  An enchanting experience.  You will be expecting Prince Charming to walk through the door.

SERVICE:  Our servers, Craig and Andre, were top-notch and worthy of being knighted for their impeccable service.

TIPS:  Make sure you see the crest inlaid in the marble floor outside the entrance representing the four princesses, Snow White, Cinderella, Aurora and Belle.  It is absolutely gorgeous and sets the mood and regal feeling for the very traditional, palace-themed dining room. 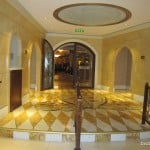 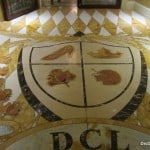 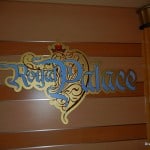 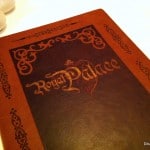 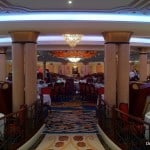 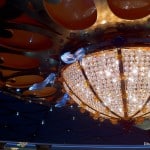 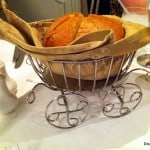 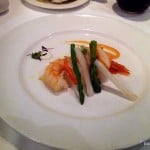 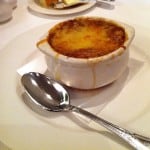 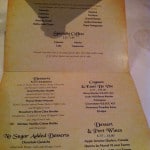 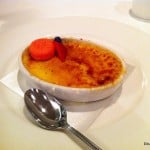 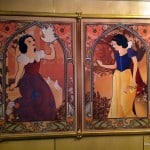 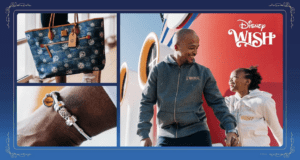 Take A Look At the Great Inaugural Merchandise For The Disney Wish! 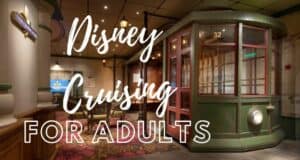 Adults Only: The Scoop on Disney Cruising for Adults 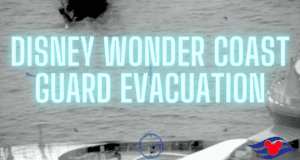