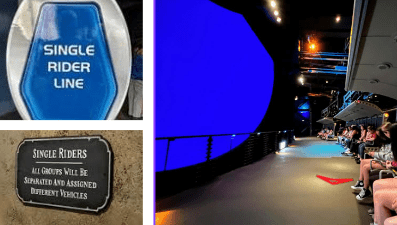 Cast Members at the Soarin’ Around the World attraction inside The Land Pavilion at EPCOT have reportedly begun testing the single rider line concept in the queue for the attraction. 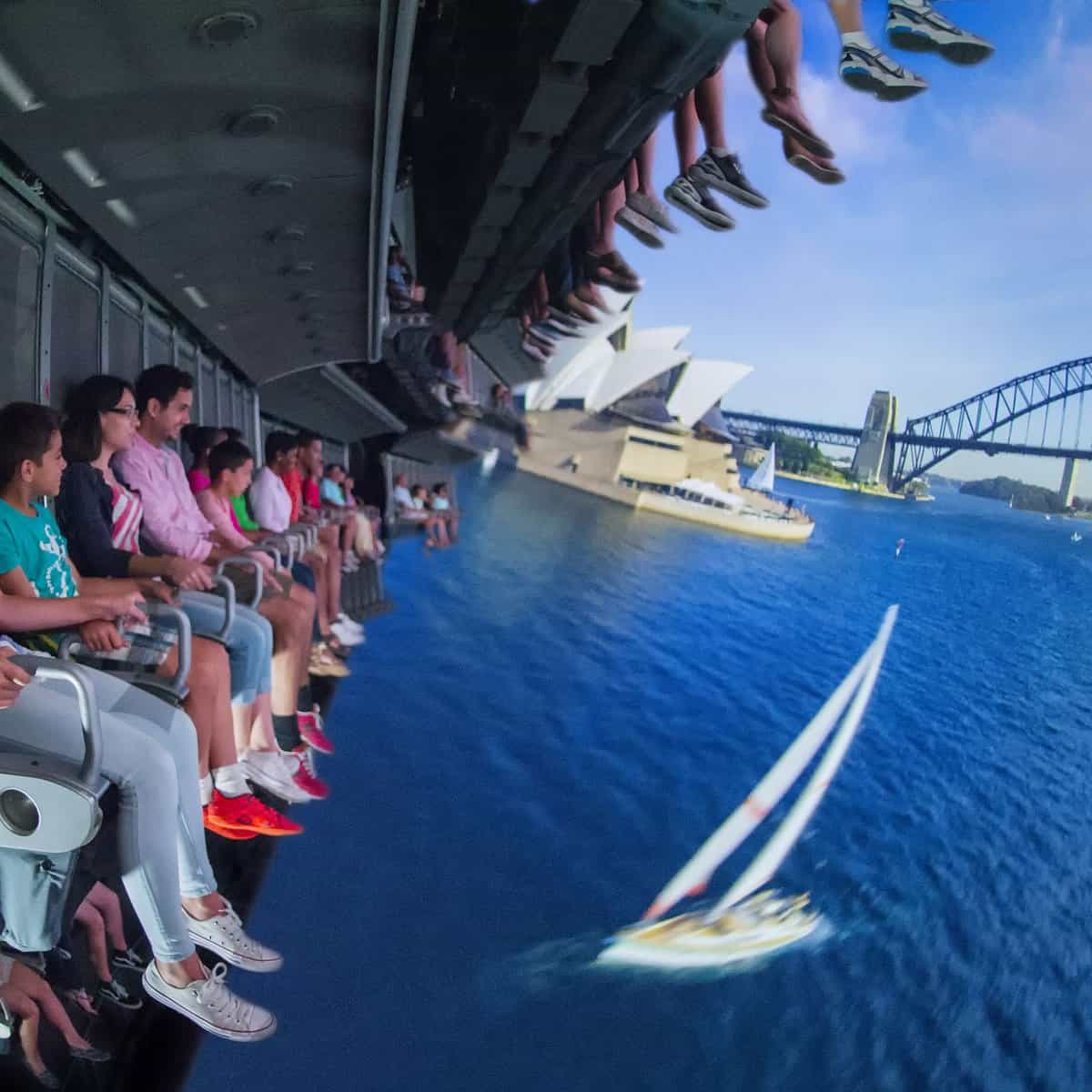 Soarin’ Around the World has been a Guest-favorite attraction at Disney World for years, and often, the lines for the ride testify to the popularity of the experience. And who wouldn’t love the feeling of soaring through the clouds high above the Taj Mahal, Magic Kingdom, and other locations around the globe?

Disney invites Guests to “feel the thrill as you’re raised high in the air and swept from one scenic locale to the next. See the world’s wonders—natural and manmade—like you never have before. No mountain is too high. No landscape is too far.

Your journey begins as the clouds part above the majestic Swiss Alps. Next, you’ll visit polar bears in icy Greenland, swoop past sailboats on Australia’s iconic Sydney Harbour and weave between elephants marching toward Mount Kilimanjaro.

Glide above marvels like the Great Wall of China, the Great Pyramids of Egypt, and the Taj Mahal in India. Cruise over Monument Valley, Fiji’s Lau Island, and thundering Iguazu Falls in South America. Look down on the Eiffel Tower as it sparkles like a jewel in the night, surrounded by the lights of Paris.

This must-see attraction will leave your heart soaring! 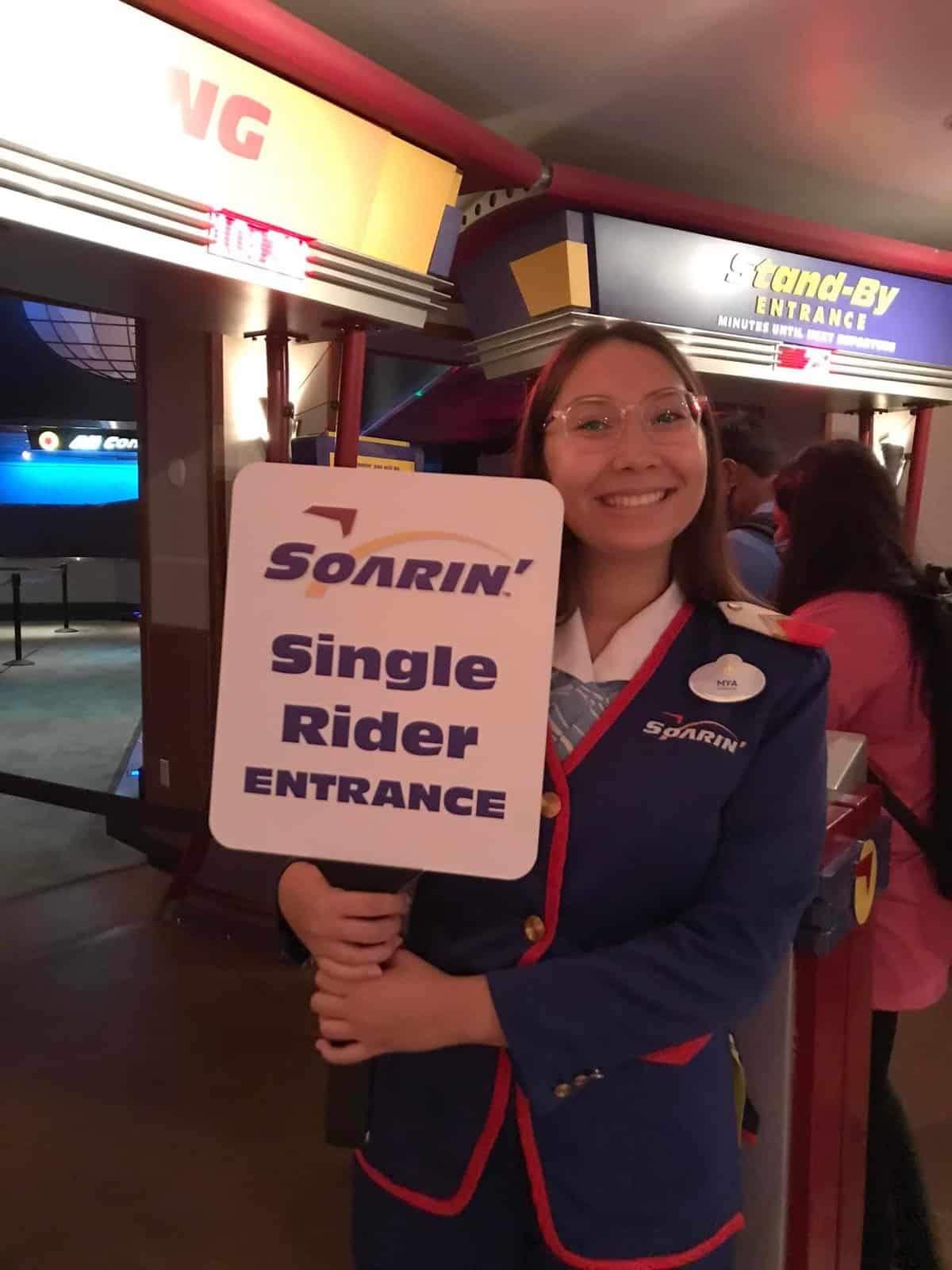 The single rider line is a welcome addition to any attraction queue–especially those with long wait times at which it’s common for single riders to enjoy the attraction! Here’s hoping you get to experience Soarin’ even faster, thanks to this new rider option!