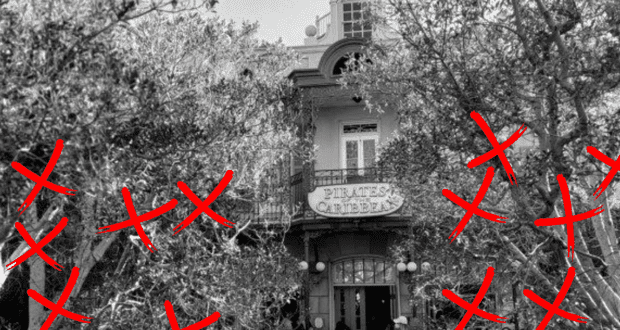 Disney Cut Down Huge Trees at its Park, and is Selling Them Off as Souvenir Merch

Disney recently chopped down trees at one of its parks and is selling the lumber as souvenir merch to Guests.

One of the most popular Disney Parks attractions is the Pirates of the Caribbean ride. Variations of the attraction can be found at Walt Disney World Resort, Disneyland Resort in California, Tokyo Disneyland, Disneyland Paris, and Shanghai Disneyland. In fact, the ride has been so popular among Guests at Disney Parks, that it was one of the first Disney attractions to ever inspire a film franchise.

RELATED: “We Were Literally Trapped!” Guests Board Ill-Fated Boats at Pirates of the Caribbean Ride and Are Stranded for More than an Hour 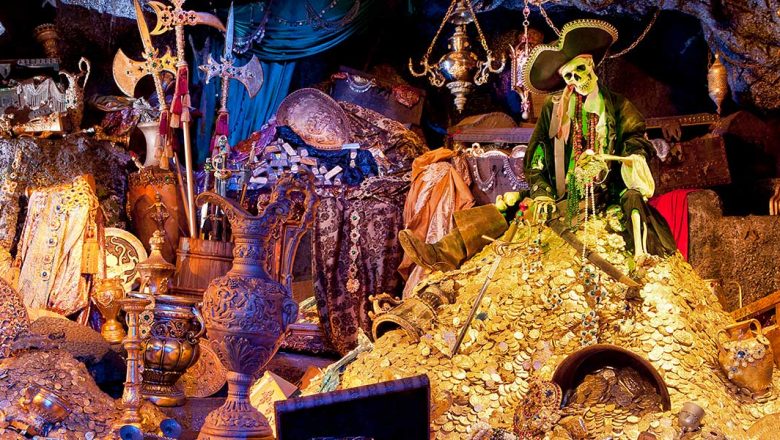 RELATED: Johnny Depp Has Gotten the Last Word over Disney, and It was Sheer Brilliance

Initially, Walt Disney imagined the attraction as a walk-through adventure featuring a wax museum, but after enjoying the success of Disney’s Carousel of Progress at the 1964 World’s Fair, Walt and his Imagineers opted for using Audio-Animatronics to share the scurvy story of the Pirates of the Caribbean with Guests at Disneyland.

When the attraction first opened on March 18, 1967, it received rave reviews and has been a favorite experience among Guests ever since.

And now, Guests who love the Pirates of the Caribbean ride at Disneyland can take a piece of the attraction home with them, thanks to Disney’s dedication to conservation and recycling, as well as the talents of local artisans.

The “Pirates of the Caribbean Heritage Timeline” is a unique piece of art available for purchase at Disneyland’s Disneyana store. It’s made from a cross-section of a Rusty Leaf Fig tree that once stood in the attraction but was cut down during the ride’s most recent renovation. 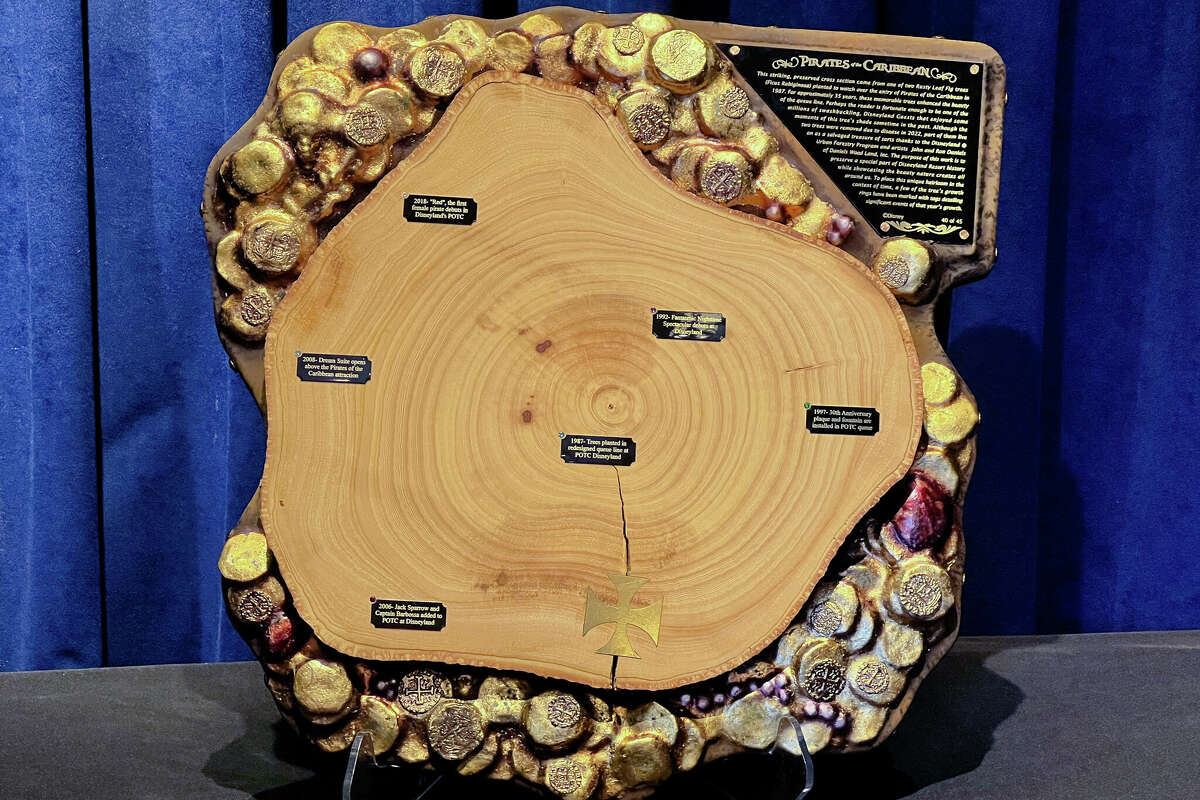 Marked on the piece of timber are some seminal moments from New Orleans Square’s history at Disneyland Park. A plaque on the piece reads, in part, as follows:

“For approximately 35 years, these memorable trees enhanced the beauty of the queue line. Perhaps the reader is fortunate enough to be one of the swashbuckling Disneyland Guests that enjoyed some moments of this tree’s shade sometime in the past . . . The purpose of this work is to preserve a special part of Disneyland Resort history while showcasing the beauty nature creates all around us.” 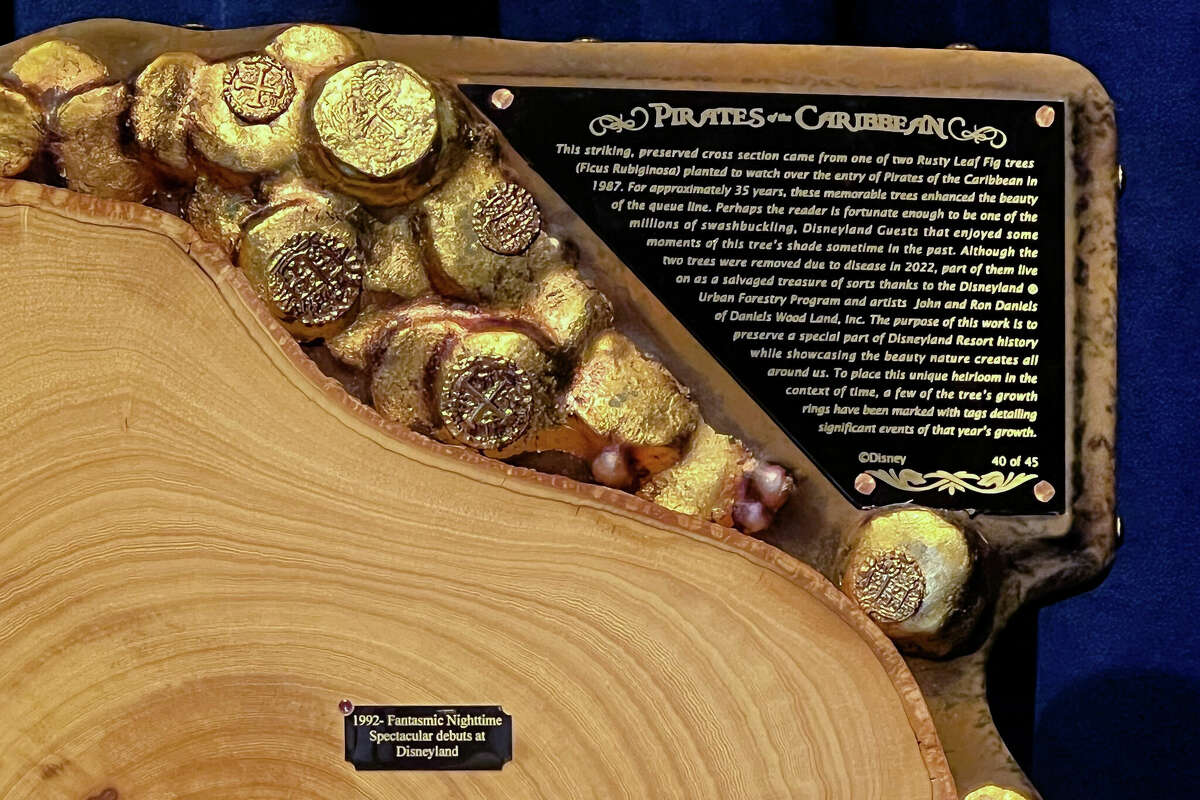 The trees were preserved by the Disneyland Urban Forestry Program, which manages trees in the park and then set on carvings that look like pirate treasure. The pieces of wood were then turned into art by John and Ron Daniels of David Wood Land, Inc.

Only 45 of these pieces were created from the old tree at the Pirates of the Caribbean attraction, so Guests wanting to purchase one may have a very hard time doing so. (Did you ever think you’d see Disney Parks selling off lumber as souvenirs?) 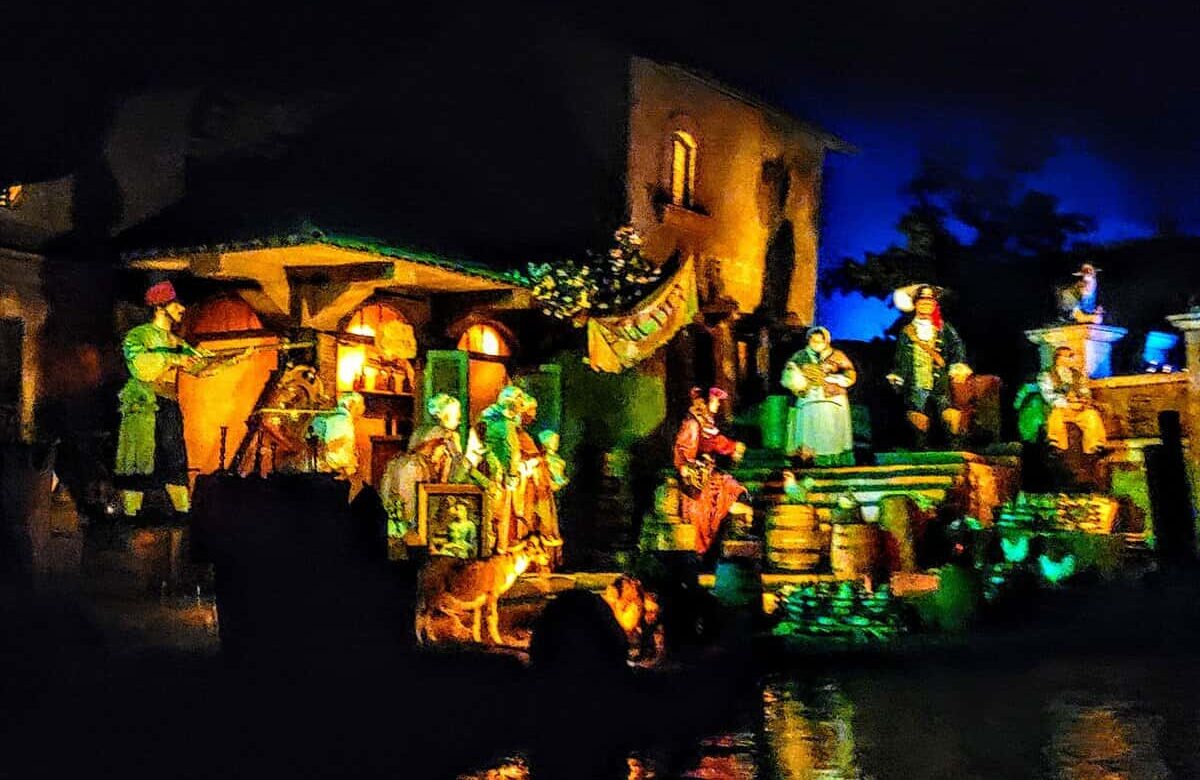 Yes, among your friends, your mantle or curio could easily be the only one that’s home to one of these interesting pieces of Disneyland history. But as pirate’s gold and doubloons are no longer legal tender, you’ll have to pay for that sparkly piece of Disneyana with either cash or a credit card. Disney Parks thanks you for your understanding.