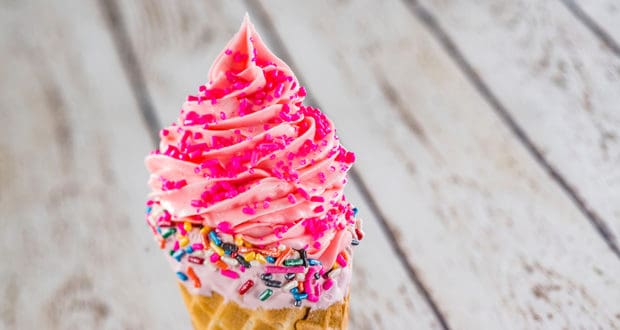 One of the highlights of any festival at Epcot is the extra food kiosks. For the Epcot International Food & Wine Festival, they are called Global Marketplaces. They offer dishes from around the world that you won’t normally find in the park. There are fewer Global Marketplaces at this year’s festival, but there are still plenty of treats for you to purchase. Some of the dishes that were on the menu from the Flower & Garden Festival have made it to the Food & Wine. There are also some special items that were sold at the kiosks in the spring that you can now purchase if you missed them. I am of course talking about the Orange Bird Sipper, which you will find at Citrus Blossom, and the Spike the Bee Sipper and Spork, which are available at Refreshment Outpost. Several of the Global Marketplaces are in the World Showcase Events Pavilion building that is between Canada and the United Kingdom. There are some closed booths with “coming this fall” signs, so it looks like things will expand.

There are several Joffrey’s Coffee & Tea Company kiosks located through Epcot. Each one currently offers a specialty beverage for the festival. Each location has a different specialty, and the choice is on a sign near the kiosk.

Cashless payments are preferred for the Global Marketplaces (and at Walt Disney World in general). This includes Disney Gift Cards. Cash is accepted if it is all that you have, but it is not encouraged. There are markers on where to stand if there is a line to order, but Epcot is so empty right now that there weren’t any long lines.

The Eat to the Beat Concert Series is not running this year. That doesn’t mean that there is no live entertainment. You can find acts like the Jammitors and Mariachi Cobre performing on a rotating schedule in the America Gardens Theater. There are shows throughout the day, weather permitting, so you don’t have to worry about a crowd. The Piano Lady might be performing in the World Showcase Events Pavilion.

Many hoped that the topiaries from the Flower & Garden Festival would still be out when Epcot reopened. While most have been put away until next year, there are still a couple to be found in the park. Most notably, Remy is still in France. His was a brand new topiary this year, so it’s nice that more people can experience it. France is where Remy’s Ratatouille Adventure is being built, no opening date for the new ride has been announced.

Speaking of Remy, his scavenger hunt is back! With Remy’s Ratatouille Hide and Squeak, you’ll purchase a map, and then look for figurines of the little guy around World Showcase.  He’ll be found with an ingredient in each location, and once you’ve found him you’ll take the correct sticker and place it on the corresponding place on the map. Once you’re finished, take the map to a select location and receive a prize. If you’re having a hard time finding him (Remy can be good at hiding) ask a Cast Member in the pavilion for a hint. Of course you don’t have to purchase a map to look for Remy, but you won’t receive a prize without one.

A reminder that face coverings that follow Disney’s guidelines are required for all guests two years old and older. That includes if you are walking and eating or drinking. There are reminders all over World Showcase that you aren’t allowed to stroll without your mask. Some people got lax on this rule the final hour of the day, but at least they stayed away from others.

There are no cooking demonstrations, seminars, or workshops. Special events such as Party for the Senses have not been announced. There are no Festival Passports this year, instead you’ll access the information on the Digital Festival Guide through the My Disney Experience App. Still, Disney could have just canceled this year’s Food & Wine Festival. Instead, they gave us a version that is admittedly scaled back, but still a lot of fun. No end date for the Taste of Epcot International Food and Wine Festival has been announced. Since the full festival usually runs into November, it should be around for a while.