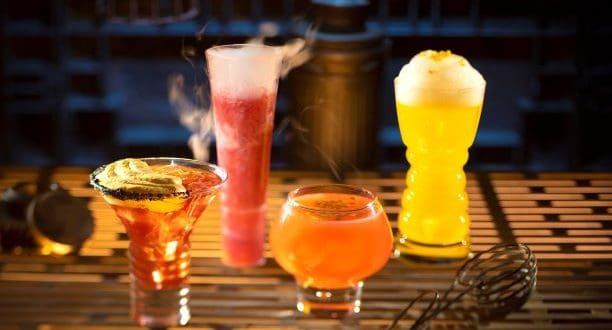 When Star Wars: Galaxy’s Edge opened at Disneyland Resort in 2019, fans were beyond excited to be able to do things like pilot the Millennium Falcon and build their own lightsabers and droids. Guests were also excited to be able to drink specialty drinks at a popular watering hole called Oga’s Cantina. Oga’s required reservations to visit, and they would be booked weeks in advance. 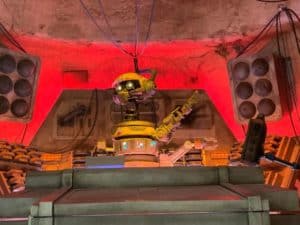 Oga’s remains as popular as ever at both Walt Disney World and Disneyland Resort, and if you don’t have reservations, odds are that you will not be able to get in and drink adult beverages like the Fuzzy Tauntaun, The Outer Rim, and The Jedi Mind Trick. Unfortunately, Disneyland Guests who made reservations at Oga’s for their visits in January 2022, were recently informed by Disney that their reservations had been canceled. 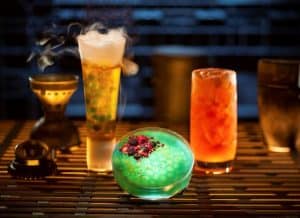 An email sent by Disney to Guests, and shared by Twitter user Brook Geiger McDonald, with reservations at Oga’s read:

We look forward to seeing you at the Happiest Place on Earth!

We wanted to notify you as quickly as possible that due to an unforseen issue, unfortunately, we need to cancel your dining reservations at Oga’s Cantina.

Oga’s Cantina reservations at Disneyland from Jan. 1-Feb. 6, 2022 were automatically canceled and guests have been receiving notification of cancellation by email. Reservations during that period are now available to book again online.

Oga’s Cantina reservations at Disneyland from Jan. 1-Feb. 6, 2022 were automatically canceled and guests have been receiving notification of cancellation by email. Reservations during that period are now available to book again online. pic.twitter.com/TZQGTQc3rp

Many were shocked to see Disney canceling reservations to such a popular location, but one person, Patrick (@Really_Bad_Egg) shared that Disneyland would soon be lowering its Parks capacity because of the sharp uptick in COVID cases.

New capacity restrictions being imposed. They figured the only fair thing to do was cancel everyone and have them rebook rather than pick and choose who cancels and gets to keep their reservation.

New capacity restrictions being imposed. They figured the only fair thing to do was cancel everyone and have them rebook rather than pick and choose who cancels and gets to keep their reservation.

Brooke McDonald also shared that reservations were open for the canceled dates at Oga’s and Patrick shared that it would be easier for Disney to cancel all the reservations and then have Guests remake them on a first-come-first-serve basis instead of picking and choosing which Guests got to keep their reservations.

Here is more information on Oga’s Cantina from StarWars.com:

Oga’s Cantina is a notorious local watering hole in Black Spire Outpost known for its shady clientele of bounty hunters, smugglers, and off-worlders sampling unique concoctions, conducting shady business, and encountering friends and foes. Run by the local crime boss, Oga Garra, the cantina adheres to a strict code of conduct that tries to keep its unruly patrons in check. With a history of being a smugglers’ safe haven and a popular stopping point for those seeking to avoid the authorities, Oga’s Cantina has a story or two to tell. Musical entertainment is provided courtesy of former pilot droid RX-24, who has been reprogrammed and renamed to DJ R-3X. 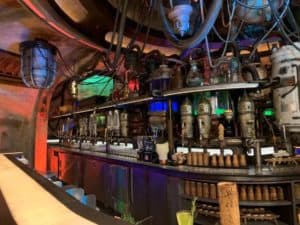 While no one likes seeing their reservations canceled, Disney did try to make up for the issue. Along with apologizing for having to cancel, Disney also told those Guests that they would be receiving a $25 gift card, which is Disney’s way of apologizing for the cancellations.

Disneyland officials have not yet confirmed that they will be reducing capacity at both Disneyland and Disney California Adventure Park or what the new capacity restrictions will be.