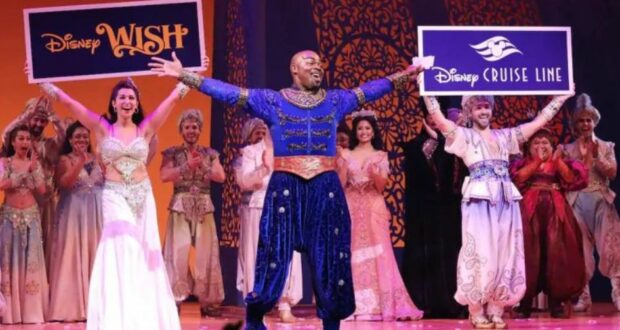 On July 14, Disney’s newest cruise ship, the Disney Wish, will set sail on its maiden voyage to the Bahamas. The ship will join the other four in Disney Cruise Line’s impressive fleet — the Disney Magic, the Disney Wonder, the Disney Dream, and the Disney Fantasy. The Disney Wish will offer several unique experiences for Guests, including the Incredi-Games, a Frozen dining experience, and Disney’s first-ever “attraction at sea”, the AquaMouse. There will also be two Broadway-caliber shows at the new Walt Disney Theatre, The Little Mermaid and Aladdin – A Musical Spectacular. 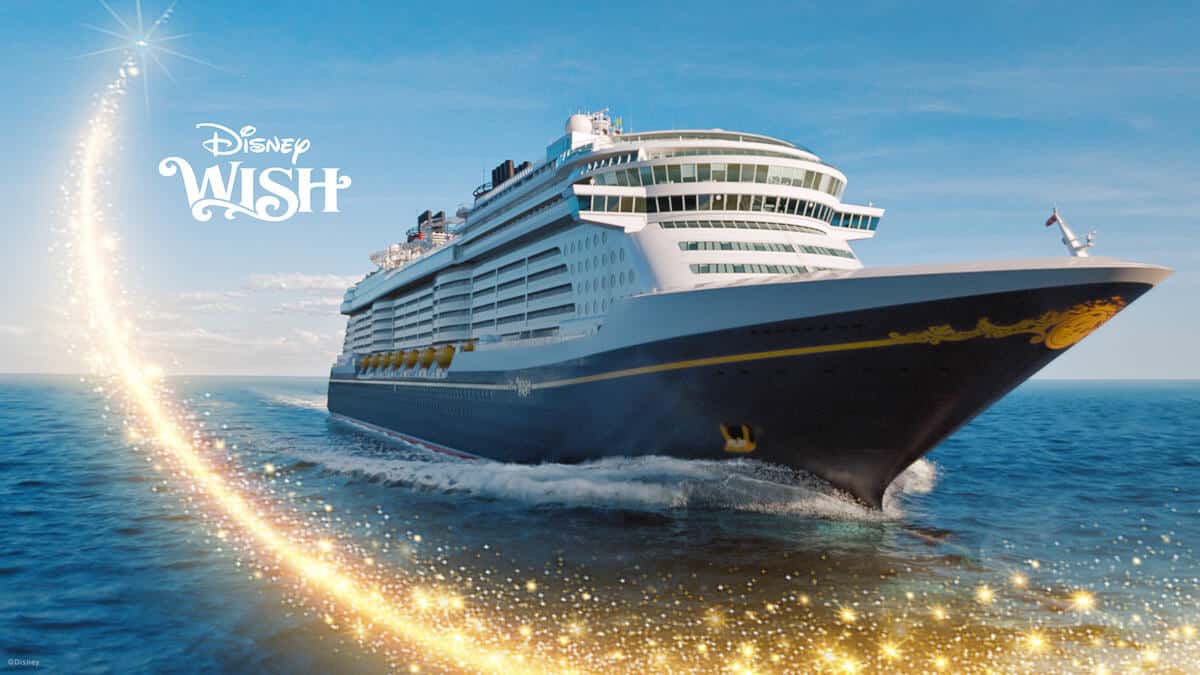 Unfortunately, we are now learning that the Aladdin show will not be ready to launch with the Disney Wish. Disney Cruise Line Blog shared an email that we sent to those heading out on the Wish‘s maiden voyage, which read the following:

We look forward to your arrival onboard the Disney Wish later this week and want to provide you with an update on the entertainment programming for your sailing.

While we had planned to offer Disney’s Aladdin – A Musical Spectacular as part of our entertainment lineup, the show is still in rehearsals and will not be available during your sailing. Disney Seas the Adventure and The Little Mermaid, as well as other special entertainment, will be available in The Walt Disney Theatre.

We appreciate your understanding and hope you enjoy the wide variety of entertainment that will be available throughout your cruise, from our productions in the beautiful Walt Disney Theatre, to our deck parties, interactive dining experiences, first-run movies and more. 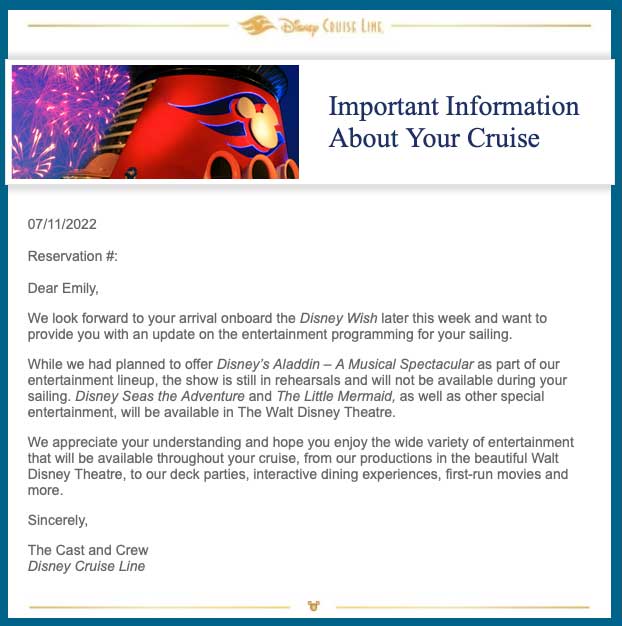 Aladdin – The Musical Spectacular has been a regular production on the Disney Fantasy for some time, but with a different theater and different surroundings, it is unknown when Aladdin will be ready for Disney Wish Guests.

The Disney Wish currently offers 3 and 4-night voyages to the Bahamas with a stop at Disney’s private island, Castaway Cay. During the Halloween season, Guests are able to book certain sailings where they celebrate Halloween on the High Seas. Certain voyages during the holiday season offer Mickey’s Very Merrytime Cruises. You can click here or visit the Disney Cruise Line website to learn more.