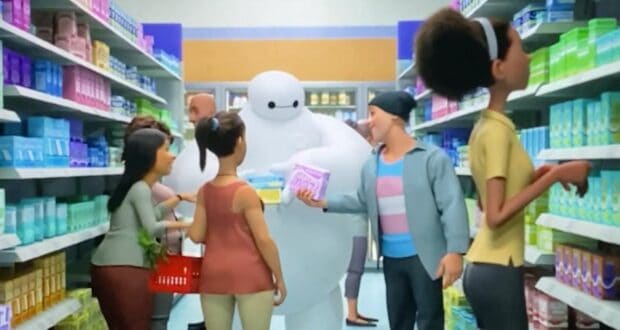 In 2014, Disney fans were introduced to Baymax — an adorable, inflatable, personal health robot — in the film Big Hero 6. Baymax quickly became an icon, with Disney creating the character in real life to greet Guests at some of its theme parks. What a lot of people may not realize is that Baymax and other Big Hero 6 characters are based on Marvel comic book characters. While not as famous as superheroes like Iron-Man or Captain America, Baymax’s popularity never waned, and Disney decided to give the character his very own series.

Baymax! — which is produced by Walt Disney Animation Studios — features the lovable robot doing what he does best — helping the people of San Fransokyo. Season one is six episodes long, and each episode focuses on a person who needs Baymax’s help. One such episode is going viral for its material, which some consider “controversial”. The scene, which is being shared across various social media platforms, features Baymax in a supermarket asking a woman which brand of tampons he should purchase. 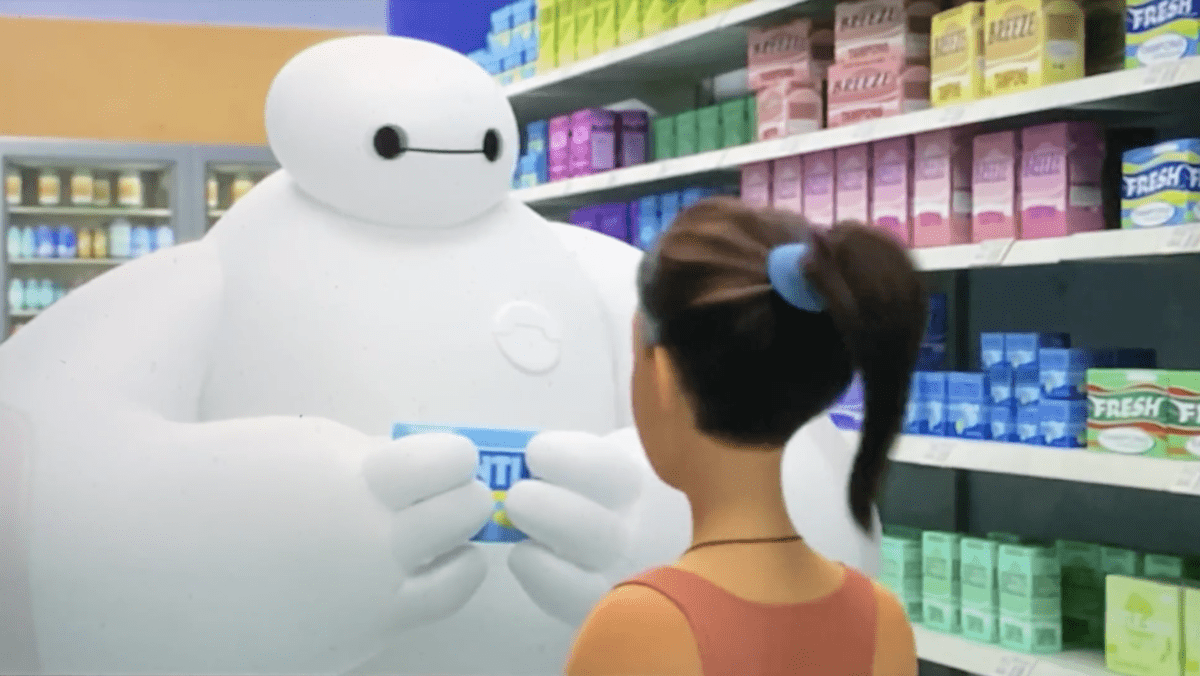 During his exchange, other women come up to Baymax and tell him what feminine hygiene products they like to use during their menstrual cycle — from pads to traditional tampons, and tampons that are better for the environment. However, that is not the only thing getting people talking. One of the women who helps Baymax has a deeper voice and is clearly wearing a tee-shirt featuring a flag representing the transgender community. 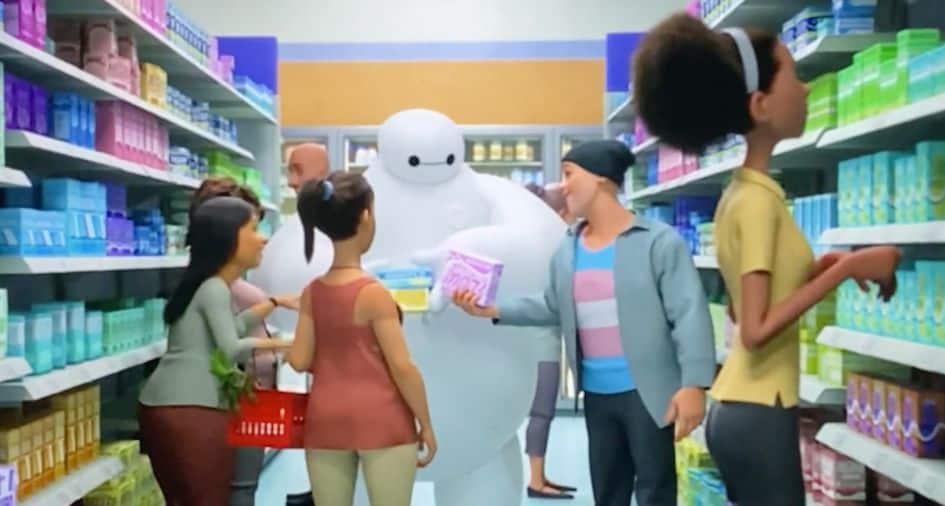 You can see the clip below:

Wait til all the people who were mad at Turning Red, see the new Baymax series! Bahahaha! We love to see it! pic.twitter.com/5Cf8Zh6uKa

The clip quickly went viral, with many praising the series for representing all different types of women, men, and the communities they belong to. Others, however, did not think Disney should address such topics in a show designed for children.

This is not the first time that Disney has received backlash for addressing certain topics in its films and television shows. Earlier this year, Disney and Pixar released the film Turning Red — which addressed a young Asian girl named Mei Lee struggling to go through puberty. More conservative viewers thought that Disney should leave that topic to parents, while others felt that the film perfectly addressed a topic that is still considered taboo, even though, in this day and age, it should not be. 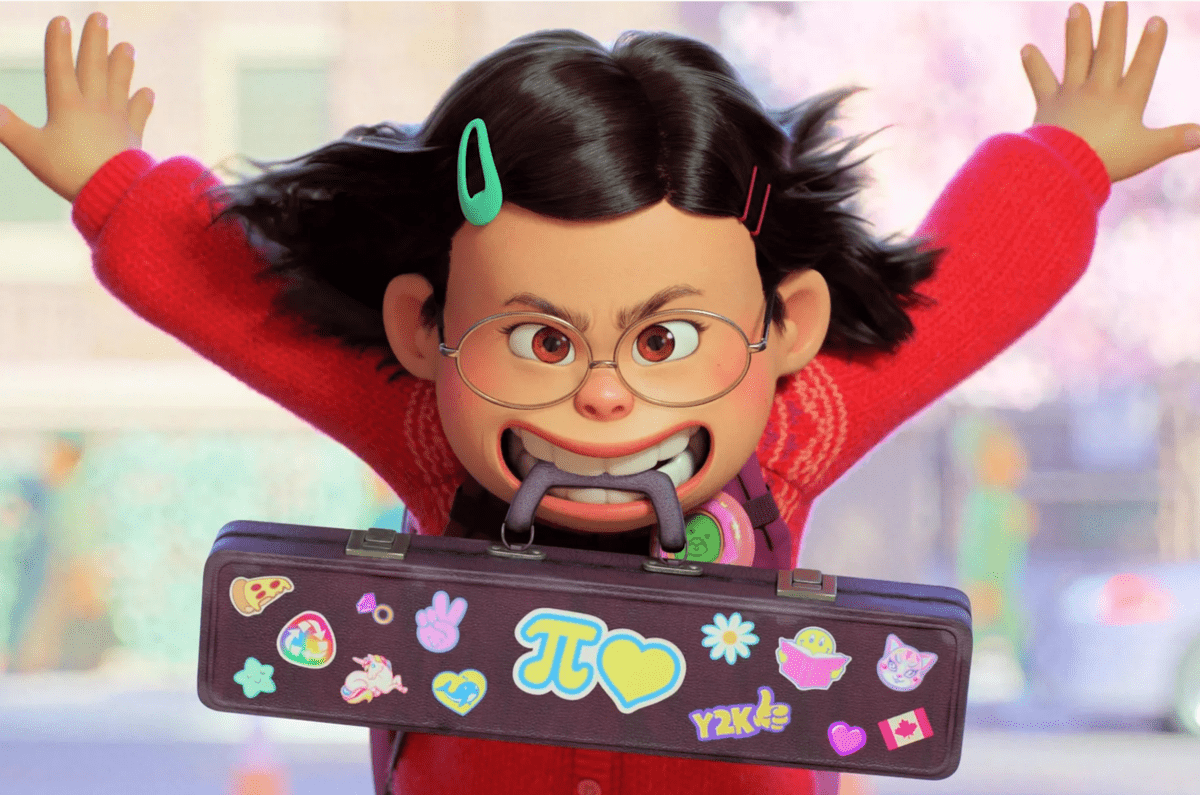 All episodes of Baymax! are currently available to stream on Disney+. Disney has rated the series PG, which means that parents with younger children may want to research the series more before they allow their kids to watch it.

2022-06-29
Krysten Swensen
Previous: With Launch of Disney Wish, Chapek Hopes to “Reset The Narrative”
Next: Disney Cruise Line christens its newest ship, but the brand-new boat was hardly the focus of the ceremony