U.S. Marshal’s recently descended on the Walt Disney World Resort to arrest a 17-year-old male suspected of murder. The murder was committed in South Carolina, but the young man was arrested at Disney’s Port Orleans Resort. While the arrest did not happen until late March, the murder itself happened earlier in the month. SUMMERVILLE SHOOTING RESULTS IN DOUBLE MURDER: The Coroner’s office has released the names of a 15 & 18 year old fatally shot Wednesday night.
Malaki Trayvion Mazyck, 15 of Summerville; & Kenyon Johnson, 18 of Goose Creek, died in the shooting, Darnell Hartwell stated. Mazyck died Wednesday at the Brighton Park emergency room and Johnson died Thursday at another hospital.
Berkeley County says the investigation began just after 9pm when authorities received a 911 call from the staff at the Brighton Park Emergency room for a possible shooting victim upon arrival they found two victims suffering from gunshot wounds. Pictures and videos from the scene showed that investigators had taped off part of the hospital as they were looking at a vehicle.
The sheriff’s office was also spotted at the Sangaree Library in Summerville where the shootout is said to of occured.
Anyone with info about the shooting is asked to contact Berkeley County Sheriff’s Office 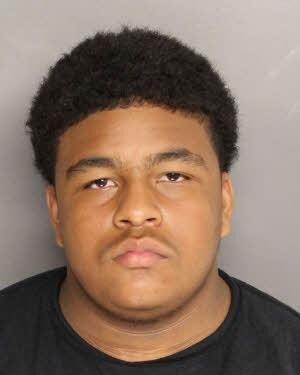 Police hunted for suspects for weeks, and finally were able to identify DeJuan Marty Smith as the suspected shooter. According to an update from the Summerville Crime page, police managed to track the suspect to the Walt Disney World Resort. A report from The Post and Courier  — a local South Carolina newspaper — reported that the teenager was arrested on March 11. The 17-year-old boy arrested in connection with a double homicide outside a public library will be charged as an adult, authorities said.

The Ladson teen is accused of gunning down Malaki Trayvion Mazyck, 15, and Kenyon Johnson, 18, on March 2 outside the Sangaree Public Library.

Smith was transported from Florida to the Berkeley County jail earlier this week. He will stand trial as an adult, Berkeley County Chief Jeremy Baker said. If convicted of the crimes, Smith could face life in prison. 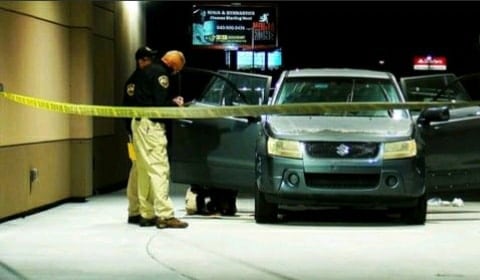 At this time, Disney has not commented on the arrest that took place on its property. We also do not know if Smith was alone when he was arrested or who he was visiting Disney World with.