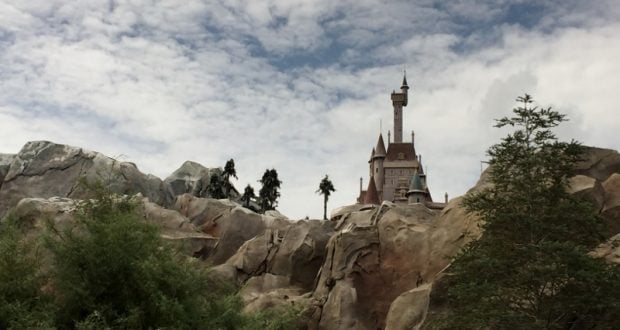 Do You Know These 6 Secrets About The Magic Kingdom In Walt Disney World?

The secrets of Disney World only add to the magic of Disney and help create a stronger sense of community for Disney fans. Discovering and sharing secrets about Disney World is one of the best things about being a Disney fan and visiting the parks. So we’re going to share 6 secrets with you about Walt Disney World’s Magic Kingdom.

Imagineers are the amazing and talented creators behind everything you see at Disney World. But these incredible artists don’t sign their work at Disney. But that doesn’t mean that Disney doesn’t pay tribute to the Imagineers. There are a number of odes to Imagineers all over the park, and many of them are along Main Street U.S.A where the windows hint at many of them. For example, Marc Davis’ name appears above The Main Street Athletic Club, where it says “Big Top Theatrical”. This is just one example of many. The gorgeous painted ceiling in the grand dining room at Be Our Guest features cherubs that were inspired by the children of the Iamgineers who designed and created the restaurant. Over at Big Thunder Mountain, the portrait in the queue of the founder and president of the Big Thunder Mining Company is actually a portrait of the creative director of the attraction, Tony Baxter. The tributes to Imagineers are all over Magic Kingdom, so keep your eyes peeled and see how many you can spot.

Disney employs a design trick in many of their buildings and attractions to make them seem bigger than they really are. That trick is forced perspective. Imagineers used regular sized bricks on Cinderella Castle at eye level, but the bricks get smaller and smaller the higher up they go, creating an optical illusion. This makes the castle appear much taller than it’s actual 183 feet. Let’s not forget about the size of Beast’s Castle above Be Our Guest Restaurant which is made to look like it’s off in the distance. There is a great deal of forced perspective used along Main Street U.S.A as well. But not all the buildings were built with this design technique. The Town Hall is one building that doesn’t use the optical illusion, because it needed to be big enough to block the Contemporary resort from the view of park guests, so the two worlds don’t collide!

The Haunted Mansion is bursting at the seams with secrets. Like the tribute to the extinct attraction Mr. Toad’s Wild Ride in the pet cemetery located by the exit of the mansion, or that Master Gracey is a reference to Disney Imaginner Yale Gracey. But perhaps the most useful secret about The Haunted Mansion involves the number 13. When the wait time for the standby line says 13, it’s actually code for there is no wait time at all, meaning you can walk right on!

The Crystal Palace and Be Our Guest both open for breakfast before the park opens. You can make reservations for 8am (if the park opens at 9am) and have a delicious breakfast all before the rope drops opening the park. Plus, The Crystal Palace has characters! If you try to finish up breakfast a little early, say 15 or 10 minutes before 9:00am, you can use that time to wander over to the rope drop areas to be ready to ride attractions.

2. Lady and the Tramp

One of Disney’s most romantic and classic love stories is the tale of Lady and the Tramp. You might think that the only tribute to the two pups in love is the restaurant Tony’s Town Square Restaurant, but there are a couple other nods to the film just under your nose. When you’re outside of Tony’s keep your eyes down and look for the set of two paw prints etched into the cement outside of the restaurant. Not far from the restaurant and paw prints, is another little tribute to Lady and the Tramp, this one is over at The Chapeau. Take note of the pink hatbox sign outside of the shop. It’s meant to resemble the pink hatbox that Jim Dear brings Lady home in as pup as a gift to Darling. The hatbox actually references two Disney movies. The number 63 on the hatbox sign refers to the movie Summer Magic and the year it was released.

Every morning Magic Kingdom opens the park with a magical celebration. Just before the rope drops and the park opens, Mickey and friends sing and dance and welcome guests to the most magical place on earth. There simply isn’t a better way to start your day than by seeing Let The Magic Begin. It can be easy to miss the boat on this show though as it doesn’t have a strict starting time. If you don’t want to miss out on the show, arrive at least 30 minutes prior to the park opening. It’s definitely worth getting up early for.

2016-04-28
Lauren Repei
Previous: Top 10 Hidden Mickeys At Walt Disney World For Kids
Next: 5 Things You Will Love About Captain’s Grille