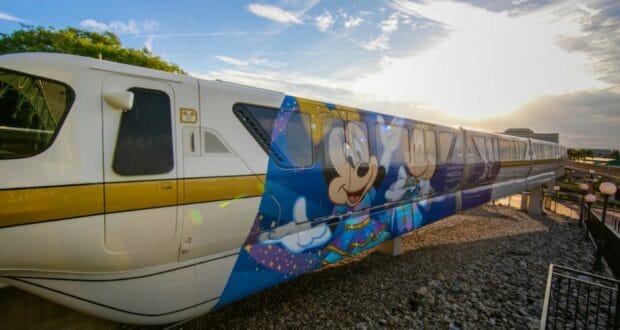 Is the Easiest Monorail Dining Reservation Worth Booking?

You’re in the Disney Parks, and it’s afternoon. Your group has decided to Park Hop to Magic Kingdom and you think it would be nice to stop and have a sit down dinner on the way, so you jump on the My Disney Experience app to see if you can get a last minute dining reservation. If you’ve been in this situation, you may have seen one restaurant reservation located right on the monorail pop up, like we have many times: The Grand Floridian Café. We recently decided to give it a try and determine: is the easiest monorail dining reservation worth booking?

There are some obvious advantages to dining at The Grand Floridian Café, but our recent visit showed us some things to be wary of when dining there to get the best experience. The biggest benefit is obviously the proximity to Magic Kingdom Park. The location can’t be beat if you are hopping from another Park. It is also often one of the easier dining reservations to book for a large party, as our party of 10 was able to get a last minute reservation on a Friday night.

Our favorite part of dining at The Grand Floridian Café is simply having a reason to go to the Disney’s Grand Floridian Resort. The decor and atmosphere make you feel like you’ve traveled back in time with its early 20th Century style. From the 1929 Cadillac parked out front to the beach scented air that makes you relax as you walk through the doors, every detail works for to achieve the elegant but still whimsical theme. We never miss finding our favorite characters and hidden Mickeys in the beautiful floor tile designs.

The ride on the glass elevator to the second floor gives you a better view of the lobby and brings you to some great shops. Our favorite is Basin White, where you can make your own bath bomb combinations or custom candles combining your favorite scents. You could also be lucky enough to grab a spot at the Enchanted Rose Lounge bar and have a pre-dinner cocktail.

It’s also worth mentioning that, during the holiday seasons, the Grand Floridian Resort goes all out with their decorations. During Christmastime, it is home to the life-size gingerbread house in the lobby, where you can buy seasonal treats. In the Spring, you will see elaborately designed chocolate eggs displayed around the lobby.

At this point, whether you find anything appetizing on the menu or not, you’ve enjoyed seeing one of the most beautiful and iconic Walt Disney World Resorts. You have also put yourself in the position to hop on the Resort monorail on the second floor entrance to get in and out of Magic Kingdom quickly after your meal.

Once you are seated in the dining room at the Grand Floridian, you can expect top-notch service, like many table service restaurants on Disney property. During our most recent experience, we were a large group of 10 that included 4 children and multiple food allergies at almost 9pm on a Friday night. Our server was extremely kind and attentive, even though some of the food and drinks were noticeably “tired” as the time got closer to their 10pm closing. We found some foolproof cocktails and menu items to enjoy anytime of day or night, as well as a few that were disappointing.

For the 21 and up kids of our group, we tried the Captain’s Mai Tai, a Blood Orange Margarita, and a Paloma. The Paloma was the absolute favorite of the night with Don Julio tequila, lime juice, grapefruit juice, and club soda — it was simple, refreshing and delicious. The Blood Orange Margarita was good if you were in the mood for a margarita, but similar to many we’ve tried before. Unfortunately, our Mai Tai tasted like juice and came with a moldy raspberry on top. The staff was very apologetic and took care of it immediately.

We did find out that some bartenders pre-made some of the drinks, including the Mai Tai, and then just pour the liquor on top. We have found this trend emerging in multiple locations on Disney property, probably due to staff issues, so if you are picky about your cocktails — definitely ask if they are pre-made or made to order. The pre-made cocktails tend to be very sweet and not mixed very well if they’re just pouring the liquor on top, especially charging $14-$17 a piece — ouch!

The best appetizers were the French onion soup and the Heirloom Apple Salad. The traditional French onion soup, aka Caramelized Onion Soup Gratin, was delicious and made with cheese melted on top and chunks of soaked bread in the broth. The Heirloom Apple Salad was amazing and a great option for food allergies! Other options included chilled jumbo shrimp, a Caesar salad, and a grilled Romaine salad. We found there were no bad appetizers for us and also that the portions were large enough to be a meal for some of us with the prices being reasonable.

We faced a few disappointments with some of the entrées that we ordered, but also found some hits! Our pick for best entrée was, hands down, the Buttermilk Fried Chicken. It is hand breaded and comes with loaded smashed potatoes and warm bacon vinaigrette, and it was worth every calorie! This entrée was also one of the largest portions and could be shareable for some.

The New York Strip was a close second. It was a nice cut of meat, cooked perfectly, and served with plenty of savory potatoes au gratin and broccolini. It is fairly reasonably priced for a steak on Disney property, even though it was the most expensive option on the menu at $36.

There were a few meals we can’t recommend. The kid’s steak entrée was disappointing, as it came out overcooked and difficult to cut or chew. It was also taken care of by our server. Both Impossible Burgers ordered by our group came out undercooked. Those two entrées were unfortunately inedible. The Shrimp and Grits was edible, but did not taste like it was fresh or made to order. All of these issues may be explained by the fact that we were one of the last handful of tables in the restaurant to get our food as closing time was approaching. Still, these entrées, unfortunately, didn’t meet our expectations.

Our server was extremely helpful in removing obviously inedible items from the bill and offered replacements, but we declined as it was approaching closing time, and we were on our way to catch Magic Kingdom fireworks. Instead, we opted for worms in dirt desserts for the kids and made to order, pour at the table, amazing Godiva chocolate martinis in lieu of reordering entrées! We were not disappointed!

Overall, dining at the Grand Floridian Cafe worked out well for us as we were able to book a large group of 10 within 24 hours of dining and have plenty of allergy-friendly options for those in our group that needed them. Being able to get in and out of Magic Kingdom with the Resort monorail for fireworks was also key to an extremely magical night for all of us. While it is not our favorite restaurant on property for dinner, I’m sure we will dine at Grand Floridian Café again at some point. There are enough good food and drink options, and the convenience factor of dining on the monorail loop is amazing!

2022-08-26
Daniel
Previous: Will ‘Avatar’ Be Back on Disney+ Before the Sequel Premieres?
Next: Problematic Pixar: Is WALL-E Fatphobic?!