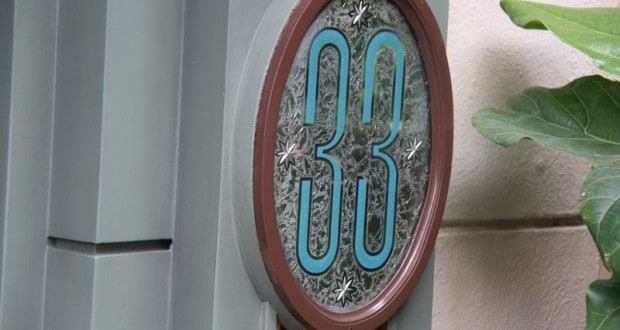 Is Club 33 in Disneyland Resort about to open to the public?

Is Club 33 about to open to the public?

One of my favorite Disneyland fan sites seems to be breaking some big news. The site is called DisneyDose.com and it is run by my friend Gavin Doyle.

Club 33 members recently received information on the newly announced experiences for the general public. Up until this point, the room has only played host to Club 33 Members and top-level Disney executives.

There are two choices for dining in the new suite. (Details come from a Club 33 member and were also presented in OC Weekly.)

The first package will include access to the exclusive Club 33 Le Salon Nouveau before the meal and a five-course dining experience inside the new 21 Royal Street dining room.

The second package includes the use of the Disneyland Dream Suite. Cocktails and after dinner coffee will be served on the balcony of the suite.

No starting date for the new experience has been confirmed. This dining room is still a part of Club 33, and as such, members of the club have first choice for dates and evenings. Eventually the public will be offered the opportunity to book the room nights that have not already been reserved by members.

8. Space: Disneyland is very small park compared to Walt Disney World. It’s “landlocked,” meaning the park is surrounded by other business and roads. Walt learned a lesson though, and discreetly purchased dozens of miles before building his second park. Walt Disney World spans over 40 square miles (about the size of San Francisco) so there is plenty of elbow room for the park to grow. Disneyland park sits on about 85 acres, while the bigger Magic Kingdom (at Walt Disney World) occupies about 107 acres.

5. Fastpass: Disneyland still uses the older system of paper fastpasses. With that system, guests insert their park tickets into the Fastpass machine for the attraction they want to get a fastpass for. The machine then spits out a paper fastpass with the hour-long return time span. At Walt Disney World, the system is called FastPass+ and the fastpasses are stored on MagicBands. Guests can use the Walt Disney World website or the phone app, called My Disney Experience, to book three fastpasses before they even leave for their vacation.

3. Different Attractions: The two American Disney parks offer some different attractions, which is a good reason to visit both parks. Attractions like Rock ‘n’ Rollercoaster, Spaceship Earth, and Expedition Everest are unique to Walt Disney World. But Disneyland has attractions like California Screamin’, Radiator Springs Racers, and Finding Nemo Submarine Voyage. The Magic Kingdom in Walt Disney World is definitely not just a copy of Disneyland.

2. Attractions That Are the Same, But Different: Walt Disney World and Disneyland do have some of the same attractions, but the ride itself is different. For example, both the Magic Kingdom and the Disneyland park have “it’s a small world,” but the ride at Disneyland is significantly longer and has a much grander facade than the one in Florida. The Haunted Mansion is another iconic ride that differs at Walt Disney World and Disneyland. On the west coast, Haunted Mansion is located in New Orleans Square and reflects that in a southern mansion facade. The east coast Haunted Mansion is in Liberty Square and looks more like a house you might find in upstate New York. And who can forget about Dumbo the Flying Elephant? The attraction at Walt Disney World now has two separate spinners!

1. Events: Both parks celebrate holidays throughout the year, like Fourth of July and New Years. Both coasts have Halloween and Christmas parties. But each park has different events on the calendar too. Walt Disney World has events like Food and Wine, Flower and Garden (both and Epcot), Night of Joy (Magic Kingdom), and Star Wars Weekends (Disney’s Hollywood Studios). Over at Disneyland, guests can celebrate Lunar New Year or Dia de los Muertos, and of course, the ongoing Diamond Celebration!

No matter which coast you visit, you’re sure to have a magical experience at a Disney park!

What are your favorite aspects of the different Disney parks?