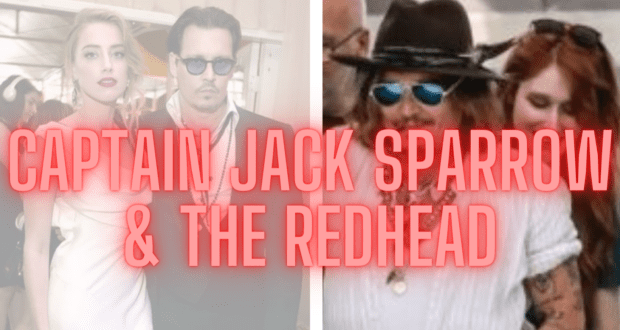 Johnny Depp has once again made the headlines across the globe after being seen with a red-headed woman in Italy over the weekend. Although Disney Parks made changes years ago in an effort to distance themselves from the problematic “redhead scene” in the Pirates of the Caribbean attractions at Disneyland and Walt Disney World, Captain Jack Sparrow himself, Johnny Depp, has recently been seen keeping very close company with a red-headed woman while in Italy. A MUST READ: Disney refuses to apologize to Johnny Depp, but he’s already gotten the last word, brilliantly.

Over the weekend, the Edward Scissorhands actor was spotted with a “mystery woman” by his side as he prepared to take the stage with his friend and rock star Jeff Back at the Umbria Jazz Festival, according to The Mirror.

Almost immediately, fans began to speculate about the identity of the so-called “mystery woman” with red hair–most assuming the woman is Depp’s new girlfriend, especially after seeing the pair smiling together. Depp was also seen helping the woman with her bags as the two exited a vehicle in Italy.

In photos taken by TMZ, Johnny Depp can be seen wearing a white shirt, a pair of jeans that feature patchwork-like detailing, and a navy blue garment wrapped around his waist. In usual Depp fashion, the Charlie and the Chocolate Factory actor is also wearing multiple necklaces, bracelets, and aviator-style sunglasses. He is also sporting a brown trilby hat. The redheaded woman with whom Johnny Depp is seen in the photos is wearing a green T-shirt with a pair of denim shorts.

It’s easy to see why fans immediately assumed the woman was Depp’s new girlfriend; the two seem very comfortable, and quite frankly, Depp looks more casual and relaxed than in any photos we’ve seen of him with his ex-wife Amber Heard. 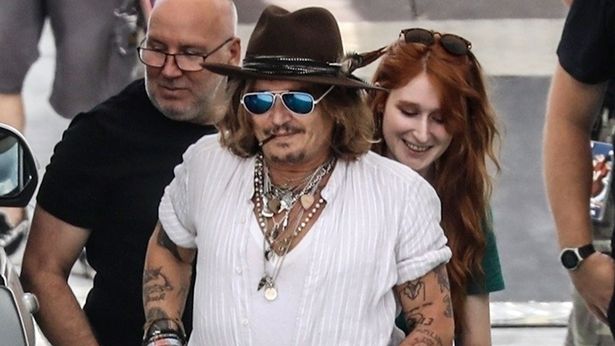 But according to TMZ, the woman is not Depp’s girlfriend. Rather, she is working with Johnny Depp in preparation for his role as a French teacher in his upcoming film Jeanne du Barry, which will be his first movie in three years.

Johnny Depp will star in the film as King Louis as the true story is told about a seamstress’ daughter who one day went on to become the last mistress of King Louis XV in the 1700s.

Earlier this week, Depp and his French teacher arrived at Italy’s Gardone Riviera, where he was preparing to perform at the Vittoriale with Jeff Beck. As Depp participated in the sound check on stage, the young redhead was spotted backstage.