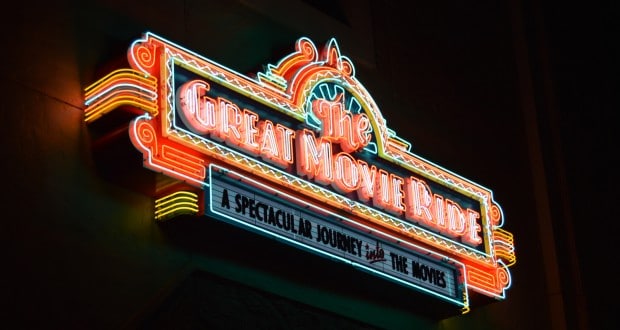 With all of the incredible changes coming to Disney’s Hollywood Studios in the coming years (Toy Story Land and Star Wars Land are already confirmed), there have been a lot of closures in the park. You may be surprised to hear, then, that there are still plenty of unforgettable experiences to take in while the park transitions.

Planning is always key when tackling a big day of experiences at any of the parks. A rope drop visit (being there right when the park opens) is probably not as necessary for this particular park. The park is not that big (you can walk the entire park, side to side, front to back, in less than an hour). So unlike some of the other parks, you don’t necessarily have to do things in a specific order to maximize your walking time. There are shows – with specific show times – to fit in, so you do want to make sure that you schedule your show times before you head to the park to avoid missing them. Many times I have forgotten to do this, and we’ve missed out on seeing the Indiana Jones Stunt Spectacular because of it.

Some of the shows are drop-in, so you can come and go as you please. When you are on Hollywood Boulevard heading down to Tower of Terror or Rock ‘n’ Roller Coaster, keep your eyes out for Citizens of Hollywood – they can show up at any given moment! They may at first look like a bunch of eccentric people dressed in period costumes, but their audience-assisted improv street shows are absolutely hilarious, and well worth taking a few minutes to enjoy with the family. There are three shows in the park that need to be scheduled in: Beauty and the Beast Live on Stage, The Indiana Jones Stunt Spectacular, and Lights, Motors, Action! Extreme Stunt Show. You don’t need to be extremely early to these shows, but you will want to be sure to fit them into your schedule so you don’t end up late in the day with only one showing of each left, and have to choose which to see.

Throughout your day, FastPass+ is, of course, always something to keep in mind. For this particular park, you can’t choose just any 3 experiences for your FastPasses – there are 2 different categories. You can only choose one FastPass from Group A, and there are 3 that may catch your eye: Rock ‘n’ Roller Coaster, Toy Story Midway Mania, and Fantasmic!. We always choose Toy Story Midway Mania, which consistently has long lines. Fantasmic! has other options for even better seating which we’ll touch on later, while Rock ‘n’ Roller Coaster is one of the few rides that has a single rider line, which always moves much more quickly than the regular line. Take advantage of the single rider line for Rock ‘n’ Roller Coaster and grab a FastPass for Toy Story Midway Mania, and you’ll make the most of Group A’s experiences. You can choose 2 FastPasses from Group B, and with this category it’s far easier to decide on two that will save you time. The two biggest draws from Group B are Tower of Terror, and For the First Time in Forever: A Frozen Sing-Along Celebration. Any of the other experiences in Group B, though still worth doing, very rarely have long lines.

While you are making your way around the Hollywood Studios, keep your eyes peeled for detail, and take in every little area. There are lots of hidden gems like the Academy of Television Arts and Sciences Hall of Fame Plaza, Mr Gold’s Shop on the Streets of America, and of course more Pixar character meet and greets than you can shake a stick at. As your day at the park is winding down, you’ll want to check out one of the greatest shows Wat Disney World has to offer: Fantasmic!. There is a reason this show is one of the busiest (and has such an enormous theatre, which is always being enlarged). It incorporates so many different facets from water to fire, from classic Disney characters to some of the most popular current ones, with more being incorporated all the time. There are FastPasses for this experience, but a FastPass only guarantees you a seat – it does not guarantee where that seat will be. The best way to experience the spectacle of the Fantasmic! is with a Fantasmic! Dinner Package, at one of the participating table service restaurants. This will require you to arrive at the show a little earlier, but you’ll enjoy prime VIP seating for the show. And it does make a big difference.

With so much still to see and do, Disney’s Hollywood Studios will always be close to my heart, and as it continues to grow it will no doubt move up on many others’ wish lists as well. With a little planning, it’s easy to fit in 15 of the park’s attractions in one day. Here’s the order in which we like to experience Hollywood Studios: