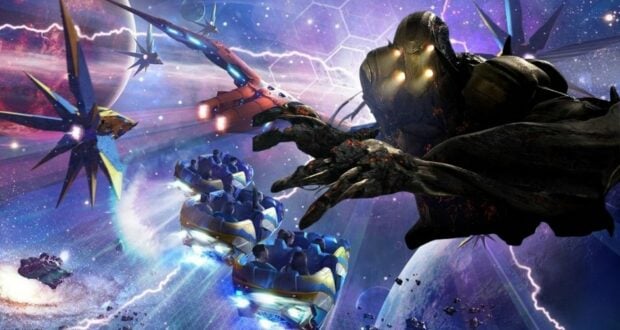 Guardians of the Galaxy: Cosmic Rewind Will Feature a New Villain!

On May 27, Guests visiting EPCOT at Walt Disney World Resort will be able to ride a brand-new roller coaster — Guardians of the Galaxy: Cosmic Rewind. It will join Space Mountain and Rock ‘n’ Roller Coaster in being one of Disney World’s few indoor roller coasters. However, it will be the only one that will feature an incredible reverse launch. Cosmic Rewind took over the building that once housed Ellen’s Energy Adventure in the World Discovery area of the theme park. 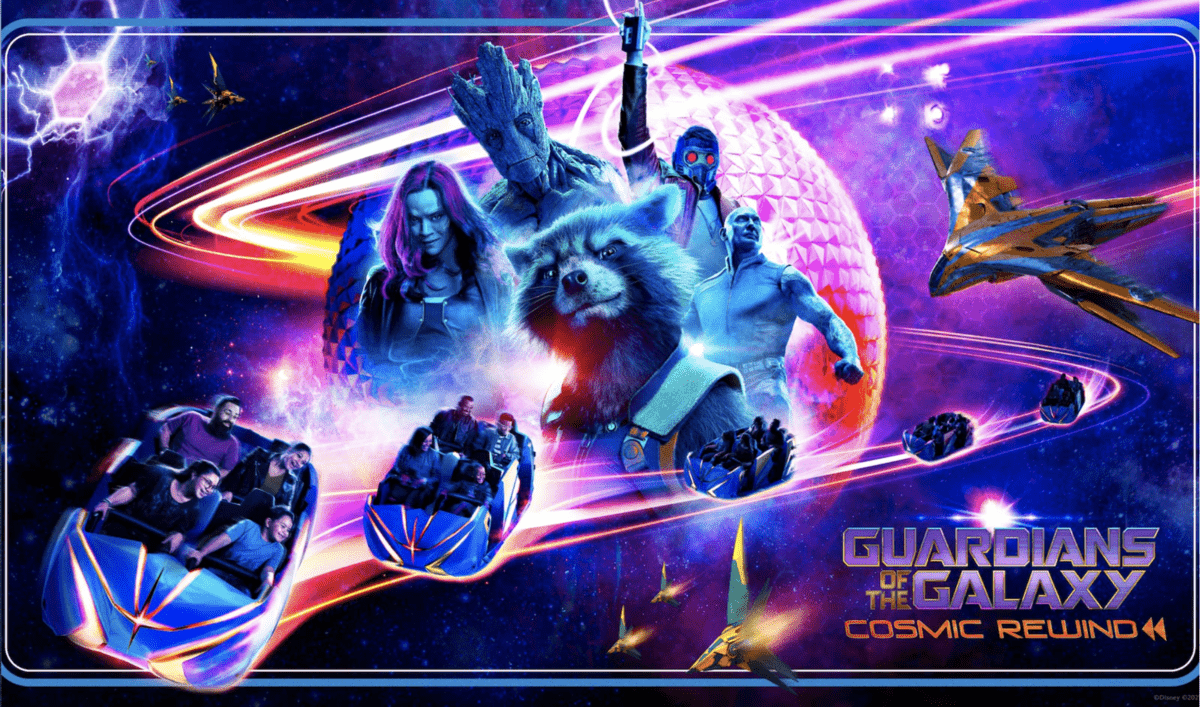 In an exciting reveal, Marvel shared that Guardians of the Galaxy: Cosmic Rewind will feature a new villain that fans have only ever seen a glimpse of. That villain will be Eson — a Celestial who once had control of the Power Stone (one of the Infinity Stones). Eson was first seen in the Guardians of the Galaxy movie, but only as a flashback. Now, he will be seen up close. 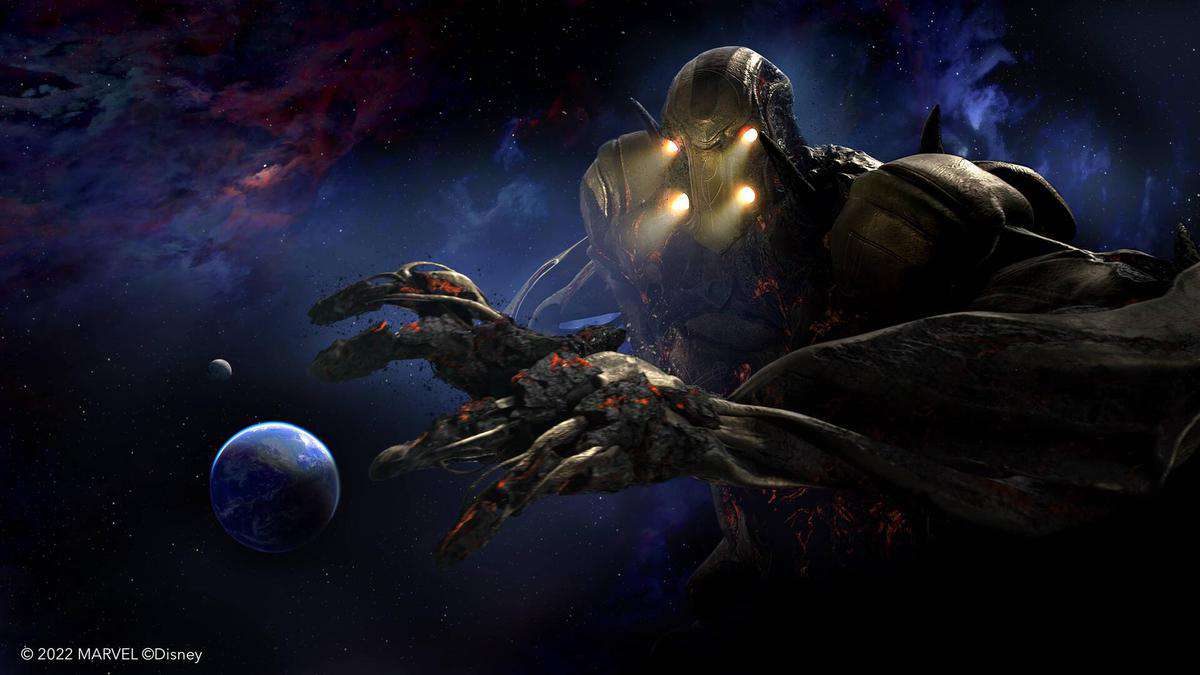 Marvel shared more information on Cosmic Rewind and how Eson will fit into the story:

Visitors hoping to explore and learn a little bit about the first-ever other-worldly pavilion in the area will get more than they expected when Eson, a Celestial that has been watching Earth for eons, makes a startling appearance. The Celestial is looking “to right a wrong in a big way,” and the Guardians of the Galaxy — Star-Lord, Gamora, Drax, Rocket, and Groot — step in to help save the day. But, they can’t do it alone and need our help to stop him from completing his grand plan!

What does that entail? While that remains to be seen, you just know there are going to be some rockin’ tunes along the way to saving the galaxy, again. Find the first look at Eson from the attraction, above!

While Eson might be a stranger to visitors at the Wonders of Xandar, he’s no stranger to the Guardians. While the Celestial and the ragtag troop have never crossed paths before, Eson was once in possession of the Power Stone, one of the six Infinity Stones, as the group learned in the first Guardians of the Galaxy movie. Now, he’s clearly set his sights on Earth, which can hopefully be thwarted before full destruction! 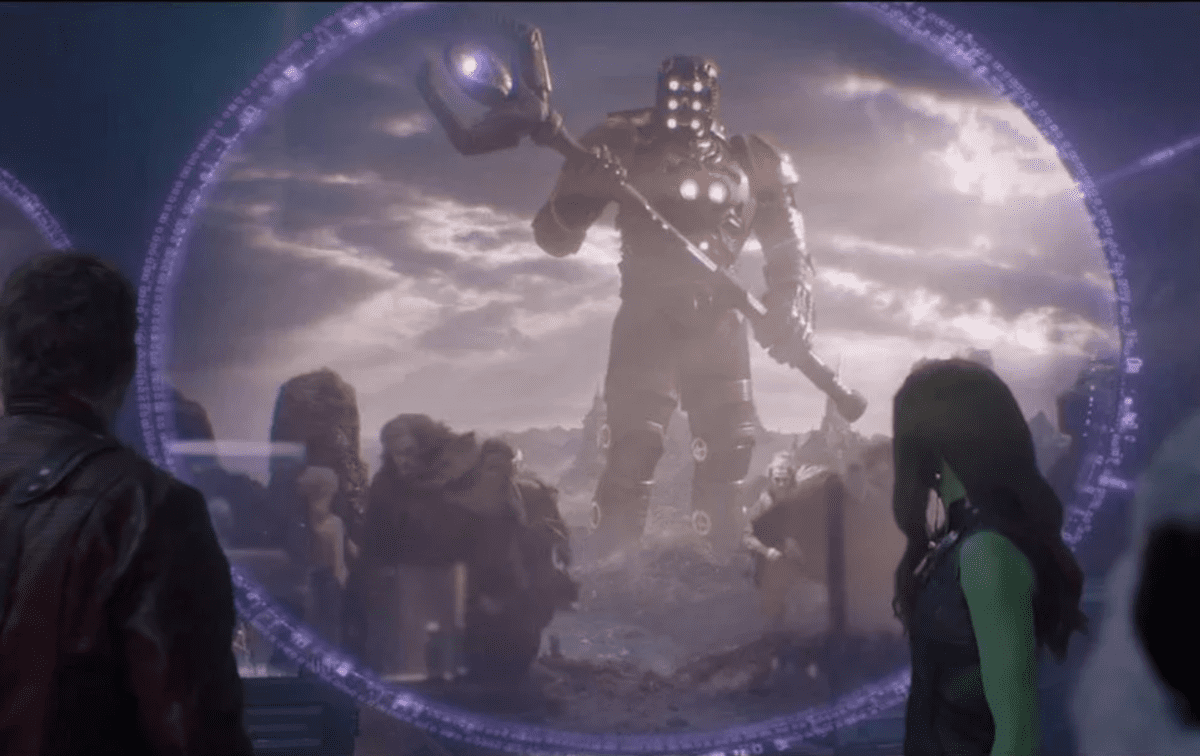 It is important to remember that, if you wish to visit EPCOT on Cosmic Rewind’s opening day, then you must have not only a Park ticket, but also a valid theme park reservation. For many Passholders, May 27 is already completely full. So try to make your reservations for EPCOT ASAP if you want to try to secure your spot in the Park.

2022-04-15
Krysten Swensen
Previous: Popular Nighttime Show Will Use Virtual Queue Upon Return
Next: Guest-favorite attraction re-imagined with the help of Former Disney animator