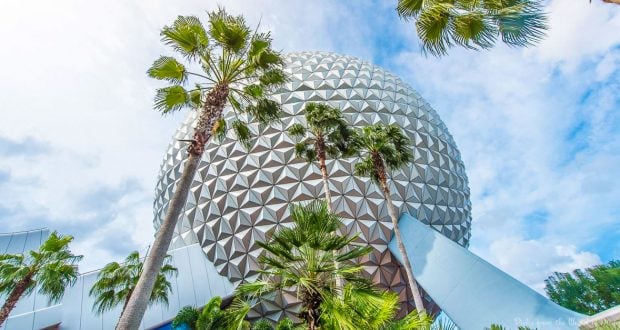 9. The “story” of Spaceship Earth was contributed to by science-fiction writer Ray Bradbury in the largest degree, and he returned to do the same in 2002 when the attraction was slightly redesigned. The original story line was portraying communication from the days of the cavemen to modern day highlighting the invention of scrolls, new types of art, papyrus, moveable type press, phones, computers, etc. The 2002 redesign kept most of the scenes that focused on communication because these also shared the same focus for the redesign. The scenes worked equally well for the new story that talks about human inventions and how it has affected our past and where will it lead us in the future. Both storylines celebrate the same achievements. The ride vehicle is referred to as your “Time Machine” and an interactive, humorous activity is provided on your flight back to earth.

8. Cool Breezes: You may notice the area beneath the sphere always seems to have a nice breeze blowing through it. Disney hired engineers from MIT to study these wind patterns and evaluate their design for safety. Even on hot days there always seems to be a cooler breeze blowing here below Spaceship Earth. Find a place in the shadows and cool off! There are rest rooms in the shadow of the ball on both sides, two gift shops, Art of Disney store and Guest Relations alongside. The fountain you see in front of the attraction is a common meeting spot for guests.  There is one character meet and greet in this area, Pluto, with a classic Epcot backdrop. If you are flying into Orlando you will probably see Spaceship Earth on your descent.

7. Six-Legged Attraction: The entire structure is held up by six “legs” that are themselves supported with 150 pylons pounded deep into the Florida terrain, 120-feet to 185-feet deep to be precise. It is not a perfect sphere, but that is hard to distinguish with the naked eye.  The creation of Spaceship Earth was drawn by artists long before its construction was figured out by Imagineers. Walt Disney wanted this to become a reality, but it was not built before his death. It was delayed until one day an Imagineer named John Hench had the radical idea of building legs to support a “table” that would support the upper dome and the lower dome would hang from the table.  There was no external support or temporary scaffolding used in building Spaceship Earth. It is actually two spheres. The inner sphere has a rubber layer, the outer is aluminum. Between the two side legs on either side of Spaceship Earth are shops. One is Gateway Gifts where you can find Epcot and other Walt Disney World souvenirs as well as Magic Bands. On the other side is a gift shop for photographers.

6. No Interior Support Systems yet Strong Defense against Weather Elements: The structure is perfect for withstanding Florida’s hurricane activity and still allows space for an attraction inside of it. The materials used combine to make a durable, economical and strong enclosure that has no interior support systems, which allows for the serpentine ride track to move inside the sphere. The geodesic dome homes were shown to withstand hurricanes while other types of buildings did not. This is the strongest known structure design. Fuller’s hope was that many homes would be built using his design, but it never took off. Although Fuller’s safe and sturdy single family home structures could be built in one day, homebuyers wanted more traditional architecture when it came to housing their family. There is a passionate following among individualists, but you are more likely to see the domes today housing weather stations and airport radar equipment. Planetariums and arboretums use the Fuller design too. Spaceship Earth is the most famous example of Fuller’s geodesic idea.

5. Very Easy to Get Lost Inside: Creating halls and staircases within this sphere without conventional support structures made things very interesting for those working inside. During construction, from the ground up, workmen were known to take their pencil and draw a line along the wall of the path they took from the door, to ensure they would find their exit again. I have not been evacuated from this ride yet, but I would love to see it with the lights on, wouldn’t you?

4. Where Does the Rain Go? The three layer outer triangles are constructed of polished aluminum on the outside and a flexible plastic material in between. This “alucobond” is flexible, unbreakable, shock and weather-resistant. Each triangle was custom fit to its space. A gutter system was developed to keep water from falling on the guests below. The gutter system funnels water down below ground level and empties into the World Showcase Lagoon.

3. Turn Around and Look to the Future: You will notice your ride vehicle making a turnaround as you leave the last scene and rotate to see stars and Earth off at a distance. You are now at the top of Spaceship Earth! On your return trip to present day earth, your Time Machine helps you to create your own vision of the future. At the beginning of the ride guests are actually photographed for this portion of the ride. You answer questions regarding where you like to enjoy your leisure time, what power sources you would like to use, if you would like to travel into outer space or under the sea. Your answers lead to a comical view of you and your ride partner enjoying the items selected in the survey. When you get off the ride you enter Project Tomorrow: Inventing the World of Tomorrow, where you can see your face on a lit up map of the world and your postcard image will appear up near the ceiling. You can choose to email your postcard to yourself or someone else.  There are many high-tech games available in this space for guests to entertain themselves. If you are a bit of a Geek, or Gamer, you will enjoy what is offered here.

2. The Imagineers attention to detail is very present in this attraction. The writings we see are actual copies of original pieces/documents. Those are not made up hieroglyphics in the Ancient Egypt scene but actually based on discovered writings by Pharaoh.  Even the reproduction of Gutenberg’s Press has moveable type!

1. World’s Largest Geosphere: In architectural circles Spaceship Earth is known as the world’s largest geosphere. A Geosphere uses a network of triangles to form a self-bracing structure and uses a minimum of materials.  Walt Disney saw Buckminster Fuller’s geodesic domes at the Expo 1967 and chose the structural idea for creating Spaceship Earth, long before constructing it could begin. It is efficient, durable and inexpensive making it a great structural image for Future World and Epcot’s “weenie”. (Disney used this term to identify the architectural element that would be seen by guests outside the park that would draw them into the park. Magic Kingdom’s “weenie” is Cinderella Castle.) Imagineers believed the sphere would be too heavy to build, until Imagineer John Hench drew this radical idea that eventually became present day Spaceship Earth.

We hope that you have enjoyed this detailed overview of Spaceship Earth. This is an attraction that is less busy in the mid afternoon or evening, or consider getting a FastPass+ for this.

Attraction Details: Every Geek loves details, I am among them. Here are some to enjoy:

·       If Spaceship Earth really was just a giant golf ball, you would need to be at least 2 miles tall in order to hit it with a golf club proportioned to size.

·       1999- Mickey’s hand and wand were attached to the outside. Since the wand stood 257 feet high it was required to have a flashing red light to meet FAA requirements

·       2002-redesign, story changes to a celebration of human inventions from the history of communication; Siemen’s sponsors this later version 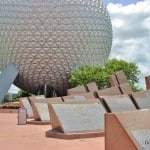 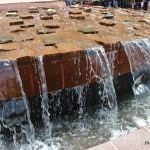 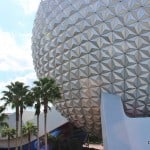 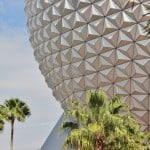 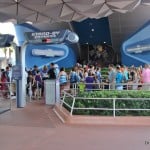 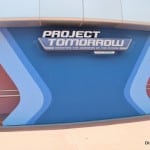 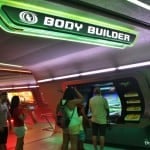 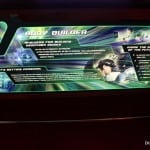 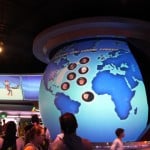 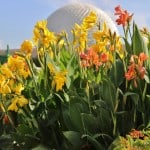 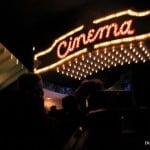 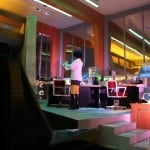 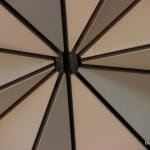 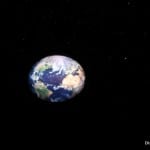 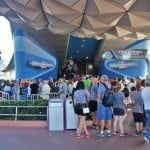 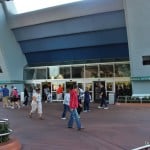 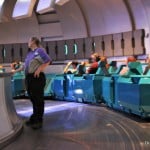 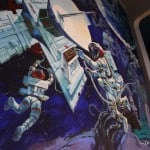 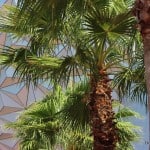 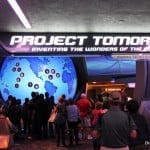 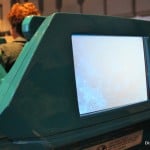 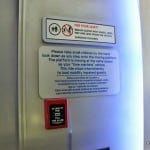 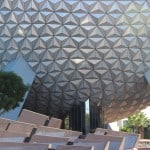 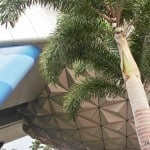 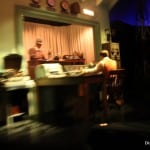 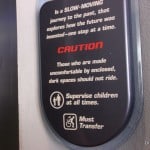