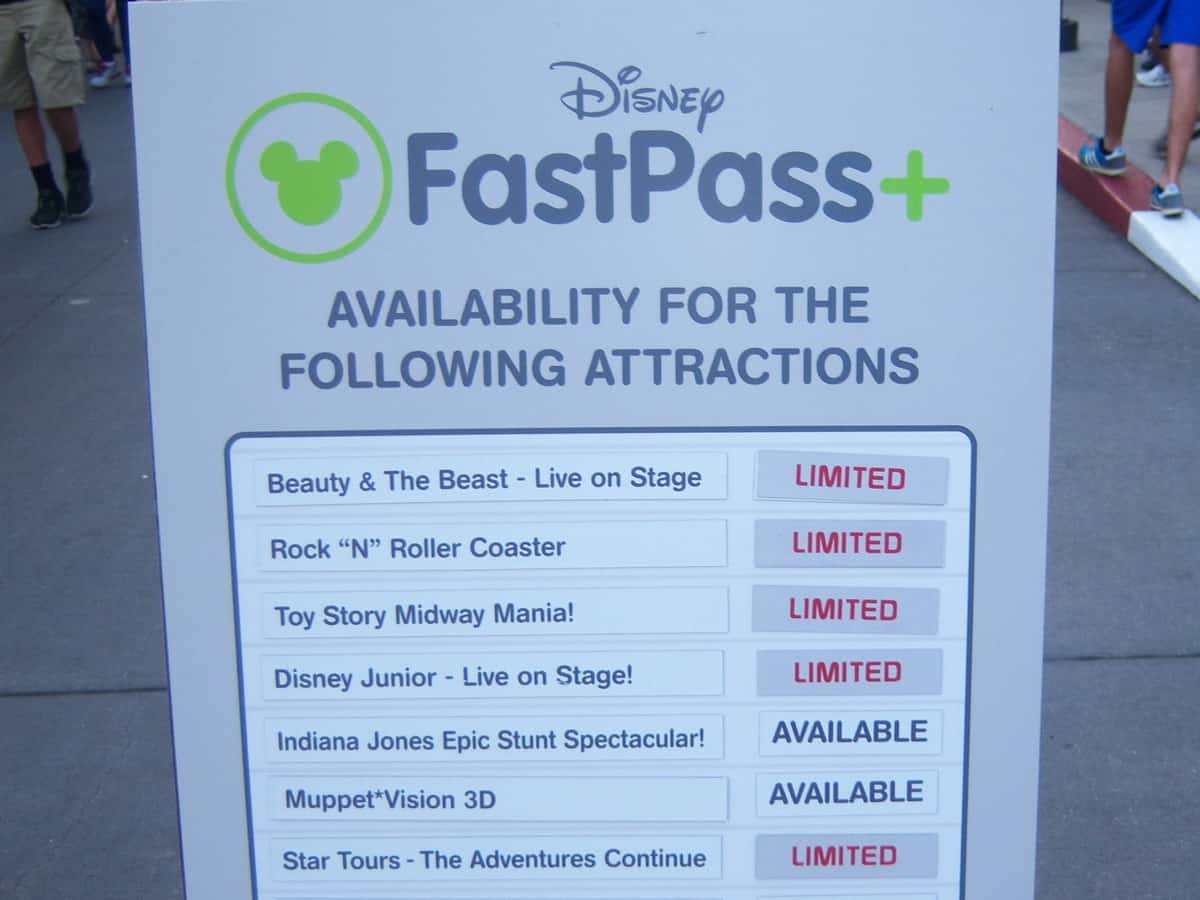 FastPass+ rolled into Walt Disney World in late 2013 and early 2014. You can now make reservations for rides or shows online, or using by the My Disney Experience app. If you didn’t make your reservations ahead of time, you can find a kiosk at the park and take care of it then. Disney resort guests can make reservations up to 60 days in advance, anyone else can do it up to 30 days prior. It’s supposed to make it easier to plan a day at Walt Disney World.

I will be the first person to admit that I do not like FastPass+. I was a huge fan of the Legacy (paper) FASTPASS system. I loved the fact that I would arrive at a park on equal ground with everyone else. I could do as much or as little as I wanted. There was a special thrill when someone would approach my daughter and me with tickets that they were not going to use. I enjoyed doing the same thing for others when I had extra FASTPASSES. Now, all of that is gone.

Still, there are advantages to FastPass+ that the old Legacy FASTPASSES didn’t have. There are some people who love the changes, and I can understand and respect their opinions. Here are what I think are the five best and worst things about FastPass+, with some personal experiences added in.

5. Easier to Plan Your Day

Spending a day at any of the four Walt Disney World theme parks can be a daunting task. There is so much to see and do, and you’ll wonder how you’ll ever be able to fit everything in. FastPass+ makes it easier to plan your day. You’ll know where you need to be and when, at least three times. You can figure out the rest from there.

If you arrive at a park without any FastPass+ reservations, or if you want to change something once you arrive, you might want to find a FastPass+ kiosk. All of the cast members that I’ve met at the kiosks have been friendly, outgoing, and helpful. They’ll make recommendations if you ask, and they might even be able to give you an insider tip or two.

3. You Pick Your Time (Within Limits)

I am not usually a “spend all day in a park” type of person. I like the fact that I can pick the time for each ride or attraction that I make my reservation for. Of course that time has to be open, but if it is I can reserve my spot. FastPass+ makes it easy for me to hit Space Mountain, Big Thunder Mountain, and Seven Dwarfs Mine Train, and then head home. I could never hit three popular rides in a short period of time with the old system.

Sometimes the special events are offered as FastPass+. When I was able to get reservations for A Conversation With Mark Hamill during Star Wars Weekends 2014 I thought that FastPass+ was the greatest invention ever. Several events like this including concerts, celebrity appearances and more are periodically offered with FastPass+ options. You can still enjoy a day in the park instead of waiting in line all day for one particular production.

1. Your Times Are Reserved

This is what FastPass+ is all about. You’ll have reserved times for your must-dos before you arrive at the parks. Test Track is one of my favorite rides, but I used to skip it during the summer months because of long lines. With FastPass+, I can make a reservation from home and know that I’ll be able to get on and when I need to be there. With FastPass+ you can skip some of the longer lines because you’ll already have a spot near the front.

5. Kiosks Can Have Long Lines

If you wait until you’re in the park to make your reservations or if you need to change something at a kiosk, be prepared to wait, especially at the beginning of the day. The lines at the kiosks grow long quickly. The cast members do all that they can to keep the lines moving, but it can still be frustrating to have to stand in one line so that you won’t have to stand in another line. If you do need to use a kiosk, don’t stop at the first one that you see. One rule of thumb; the deeper you go into the park, the shorter the kiosk lines will be.

4. It Can Be Difficult to Merge Accounts

A few months ago my daughter and I hit the parks a few times with a couple of friends from out of town. One of them already has FastPass+ reservations, the other didn’t. They tried to change the one and add the other, but it wouldn’t work. Add into the equation my daughter’s and my tickets, and we ended up just waiting in line. Similarly, my daughter recently went with a group of friends. They tried to use the app to reserve all the same times, but were unable to because my daughter’s ticket is linked to my account. They did make reservations, but it was because they waited in line at a kiosk. It is best to try to do this ahead of time from home & if you have difficulty you can contact Disney at 407-939-7849 for assistance.

Not everyone wants to plan every moment of the day. FastPass+ takes away a lot of your spontaneity. You’ll have to be at a certain place within a one hour time frame, or you’ll end up in the standby line. Your vacation will be better planned, which for some is a good thing, but it’s something that not everyone wants.

Tiers would in my opinion be the worst thing about FastPass+, except that they only use them at two of the parks. The Magic Kingdom and Disney’s Animal Kingdom allow you to pick three choices from the entire list. At Epcot and Disney’s Hollywood Studios they use a tiered system. You have to pick one ride from group one, and two from group two. The problem is that the most popular rides are Tier One attractions so you’ll have to choose one popular attraction over another—and try to hit the one you didn’t pick right at rope drop.

1. Only Allows for Three Choices

With the Legacy FASTPASS system, you could use as many tickets as you could get for the day. You were allowed to grab your next one after you used the first, or after a two hour window. You could also Park Hop if you wanted and timed things correctly. With FastPass+ you can only reserve three rides or attractions per day, and they all need to be in the same park. After you’ve used those three you can go to a kiosk and try to get a fourth one, but if you missed a touch point (or skipped a time all together) you won’t be allowed to get it. While Disney claims that FastPass+ will allow you to wait less, if you plan on spending a full day in a park chances are that you’ll be in line longer than you would have if you utilized the old system.

FastPass+ is here to stay. Disney seems to like the new system, even if some guests complain. There are good things about it and also some not so good things. My advice is to make the most of it if you’re planning on heading to Walt Disney World. If you’re staying on property make your reservations 60 days in advance, because there are a few choices that go quickly. If you’re not staying on property, still take advantage of the system. It’s the best way to know that you’ll be able to experience the most popular rides and shows that Walt Disney World has to offer. As the system is getting more & more use there seem to be less “bugs” as those get worked out. And it is an evolving system so hopefully we will see new things on the horizon that will make it even easier & more convenient for guests.