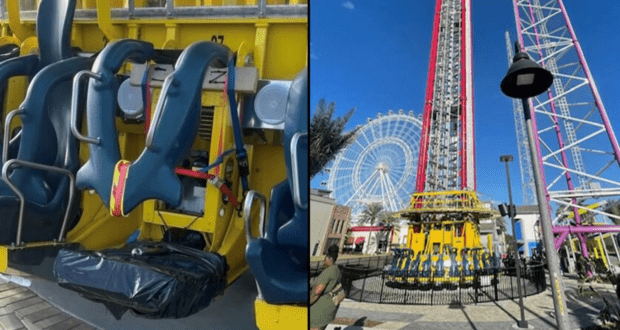 Experts say a simple, inexpensive item would have prevented the death of 14-year-old at drop tower ride

A single, simple thing could have saved the life of 14-year-old Tyre Sampson: a seatbelt.

Experts working to understand how the 14-year-old boy fell to his death from the Orlando FreeFall drop tower ride at ICON Park said a seatbelt could have made a huge difference in the outcome of this scenario.

At ICON Park in Orlando on International Drive, visitors will find The Wheel, a huge ferris wheel that takes riders to a height of 400 feet above the ground, the SeaLife Aquarium, Madame Tussaud’s Wax Museum, the Museum of Illusions, and more. What they won’t find are seatbelts or secondary restraints of any kind on one of ICON Park’s attractions that touts itself as the tallest drop tower ride in the world: one centered around freefalling from a height of more than 400 feet.

Brian Avery, a lecturer at the University of Florida and independent ride safety consultant says that some kind of mechanism that latches could have saved the teen’s life.

“A safety belt or a latching mechanism would have [also] provided an indicator that Tyre Sampson was not an appropriate size to ride,” he said. Avery also said that a harness isn’t 100% foolproof.

A press conference was held Friday, just over a week after the tragedy took place at Orlando’s ICON Park, led by Florida Department of Agriculture and Consumer Service Commissioner Nikki Fried. But no truly new information was shared, and investigators have yet to determine publicly what happened that left a family without their 14-year-old son. 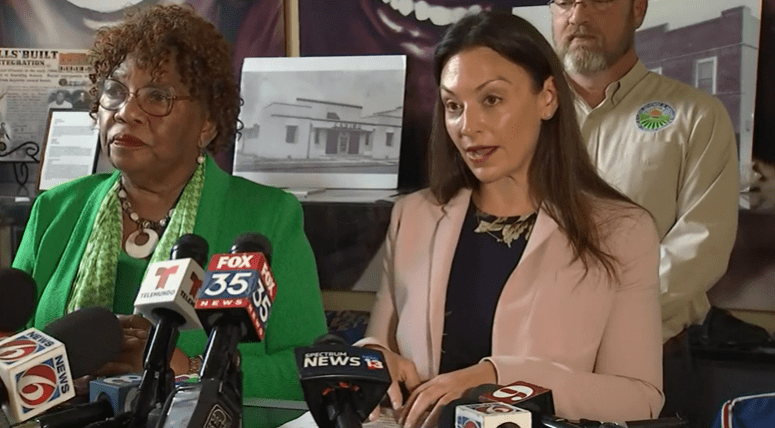 Independent ride experts and safety analysts, however, say that Tyre Sampson’s weight played a role in the tragedy, as he weighed more than 330 pounds, according to family members, and the weight limit on the Orlando FreeFall ride is 287 pounds. Additionally, a video that shows Sampson’s harness not in the proper position over his body also contributed to the fatal accident, according to experts.

Tyre Sampson was visiting Orlando from St. Louis, Missouri when he and his friends boarded the ring of seats at the Orlando FreeFall drop tower ride. The drop tower attraction takes up to 30 riders at a time up to a height of more than 400 feet, tilts them forward, and drops them back to the ground in a controlled free fall. But as the free fall began on the ride, Tyre Sampson fell from his seat and landed on the ground below.

A short time later, he succumbed to his injuries at a local hospital. 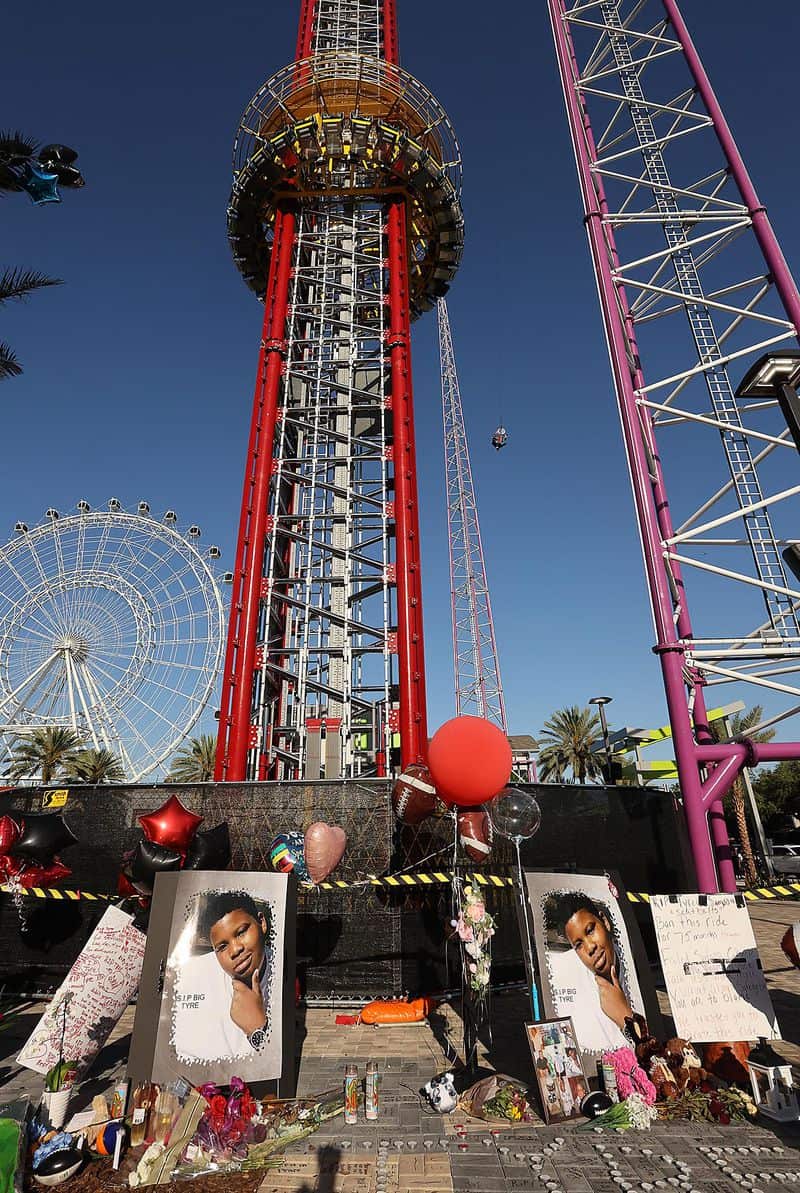 A similar drop tower ride at Universal Studios Orlando’s Islands of Adventure just a few miles away from ICON Park has seatbelts in addition to its over-the-shoulder harnesses to keep riders in place. But according to Brian Avery, the additional safety feature isn’t required.

Under Florida law, ride operators have a wide range of decision-making power when it comes to how they operate their rides and attractions, as well as how they train their employees. That’s as long as the rides themselves meet the state’s and the manufacturer’s safety standards.

RELATED: Several are to blame for teen’s death at Orlando drop tower ride according to expert

“A vast majority of the statutory oversight refers back to following the manufacturing guidelines, so our power is limited on following the manufacturer,” said Department of Agriculture Commissioner Nikki Fried during the press conference last Friday. “We have no authority to question a manufacturer’s protocols unless we have received some type of consumer complaints, and then we follow up.”

In a letter, the manufacturer of the Orlando FreeFall, Funtime Handles GmbH, wrote that seatbelts were not needed on the ride because its restraint system has two independent locking features. The letter also said that the shoulder restraints on the ride had met and exceeded safety requirements.

Video of Tyre Sampson before the ride appears to show that the harness he wore was secured improperly, according to Avery.

“It was resting on [Tyre’s] stomach, as opposed to being closer to the seat pan, or resting in [his] crotch area,” Avery said.

Avery further said that employees at the Orlando FreeFall should have weighed Tyre Sampson before allowing him on the ride, but ride operators do not have to do so under any kind of a mandate. 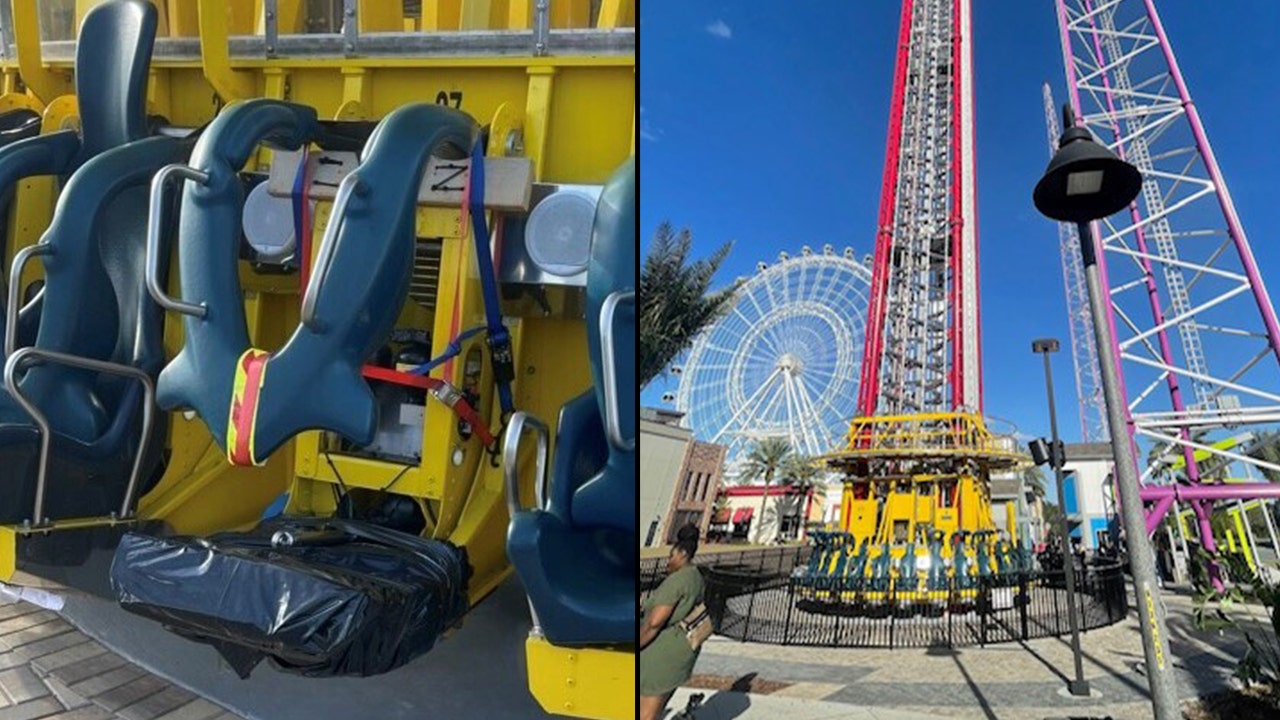 Ken Martin with KRM Consulting said that ride operators never should have allowed Tyre Sampson on the Orlando FreeFall drop tower ride since he didn’t fit the restraints.