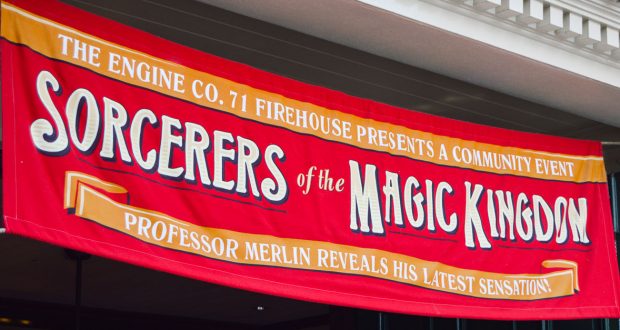 If you’re planning your first trip to Walt Disney World you probably have a list of rides and attractions that you want to experience. You may already be looking into restaurants and making reservations. You might have made your hotel reservation on or off property. Your vacation should be about riding Space Mountain and eating Mickey ice cream, but there are also other things that you may not know about. Here are eight different things that will add to your first Walt Disney World vacation.

While you’ve probably heard about Hidden Mickeys, you may not realize how prevalent they are. Looking for the likeness of the world’s most famous mouse can be a great way to pass the time in line, but don’t let it stop there. Check in the restaurant lobby or in the carpet at your resort. Ask cast members what their favorite hidden mickeys are and have them give you a general idea of where to look. The Imagineers love to pay homage to Mickey and his friends so if you’re on Walt Disney World property, chances are that you aren’t far from a Hidden Mickey. You might even keep looking for them the first few days after you return home.

Often people plan on spending every minute possible in the theme parks. If you do that, you’ll miss some of the best food in Central Florida. The resort restaurants are incredible, and it’s often easier to get a reservation at a resort restaurant than in a park. If you’re worried about losing time in the park of choice, not all of the resort restaurants are far away. You can walk to the Flying Fish Cafe for dinner and make it back to Epcot in plenty of time for Epcot fireworks. Take the monorail to Disney’s Contemporary Resort and enjoy the fresh flavors of The Wave, and then head back to the Magic Kingdom in plenty of time for Happily Ever After. You might instead want to make a resort restaurant reservation for an off day from the parks. You’ll still be immersed in all things Disney, but you’ll be able to relax and recharge.

Speaking of the resorts, if you don’t spend a little bit of time exploring them, you’ll be missing out. All of the resorts are different, and many rookies don’t realize that you don’t have to be staying at a resort in order to look. You’ll want to wander inside the resorts, but see what is going on outdoors as well. Disney’s BoardWalk has street performers in the evenings. You can watch animals in the savanna at Disney’s Animal Kingdom Lodge. Disney’s Wilderness Lodge has a geyser that erupts every half hour. Resort hopping is free, and you might end up with some of the best pictures of your vacation.

Both the Magic Kingdom and Epcot have interactive games that are designed to keep kids of all ages thinking and having fun. With Sorcerers of the Magic Kingdom you and your party will help Merlin stop Hades and his cohorts. When playing Disney Phineas and Ferb: Agent P’s World Showcase Adventure you’ll solve clues that will take you all over World Showcase. Either game is included with park admission, and they are both a lot of fun.

Most evenings there is a special show in the Magic Kingdom Resort Area that some locals do not even know about. The Electrical Water Pageant starts at Disney’s Polynesian Village Resort, and ends at either Disney’s Contemporary Resort or by the entrance to the Magic Kingdom. You’ll see floating sea creatures made of light, and a patriotic display as well. It’s all accompanied by music. The show is short and a great way to end a long day. Stay where you are and watch Happily Ever After from the same location. The Electrical Water Pageant is held weather permitting.

Each Wednesday through Saturday, something fun happens that could end up being a highlight of your vacation. YeHaa Bob Jackson performs three shows each of those nights, beginning at 8:30pm. You’ll need to head to the River Roost Lounge at Disney’s Port Orleans Resort to take part in the fun. While the show is in a lounge, it’s still family friendly. The best part of all, the show is free. YeHaa Bob has been entertaining Walt Disney World guests for well over a decade, and it’s obvious that he loves what he does. You’ll love the show as well.

It’s easy to find a campfire at Walt Disney World. They are held most nights, weather permitting, at many of the resorts. There is one campfire that is more special than the others because it is hosted by Chip ‘n’ Dale. You can purchase a s’mores kit and toast the marshmallows, and then sing camp songs around the fire. Take a picture with the mischievous chipmunks, and then stay for the free Disney movie under the stars. Chip ‘n’ Dale’s Campfire Sing-A-Long is held at The Campsites at Disney’s Fort Wilderness Resort. Most Walt Disney World rookies do not realize that you don’t have to be staying at there in order to take part.

It’s tempting to sleep in on your day at the Magic Kingdom. After all, the park often stays open later than the other parks, so you’ll be able to do everything, right? If you decide to sleep in you’ll be missing out on a special experience. The Magic Kingdom Welcome show starts about ten minutes before the park opens for the day. For many park guests, it will be the first chance to catch a glimpse of Mickey and many of his friends. The show only lasts about ten minutes, and if you miss it you’ll need to wait until the next day to see it again. An added bonus of seeing the Welcome Show is that you’ll then find the shortest lines of the day. The park is usually its least crowded when it first opens, so you’ll be able to experience more.