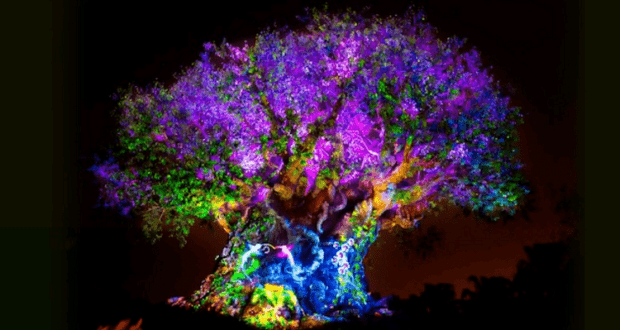 10 Nighttime Shows You Must See At Disney

There is something magical about Walt Disney World at night. It is beautiful during the day, but once the sun goes down you can feel the magic even more. There is also still plenty to do at night, even if you’ve already hit all of your favorite rides. Here are ten nighttime shows that you are not going to want to miss.

Most evenings something special happens in Bay Lake and Seven Seas Lagoon, weather permitting. The Electrical Water Pageant is a hidden gem, many guests have no idea that it even takes place. Fourteen lit floats glitter with sea creatures. The theme then changes to a patriotic one, with American flags. The whole event is set to music. The floats then move on to the next stop. You can see the Electrical Water Pageant outside of the Magic Kingdom’s entrance and also at the park’s resorts. Ask a cast member for the best viewing areas and times.

Want to see free entertainment that’s fun for the whole family? Stop by Disney’s BoardWalk evenings between 7:00 and 10:00. You’ll see jugglers, magicians, and more. There are three performers each evening but six total, so you might want to stop by more than once. The shows take place in front of the Flying Fish Cafe and the Screen Door General Store. If the weather is bad, check inside. The inside shows take place in the lobby and by the Belle Vue Lounge.

YeHaa Bob Jackson’s show is another hidden gem. He has been entertaining audiences at Walt Disney World for well over a decade, and people who have seen his act keep going back for more. His musical show is hard to explain; he’ll sing songs and tell bad jokes. Audience participation is part of the fun. The show is family friendly and takes place most Wednesdays through Saturdays. There are three shows each evening. The show is free, and even though it’s held in a lounge you are not required to purchase drinks or appetizers.

Embrace yourself for the celebration of nature with the newest nighttime show at Animal Kingdom, Rivers of Light. This 15-minute show is held in an amphitheater next to Expedition Everest and boasts dramatic storytelling and animal folklore through beautiful floats, inspiring music, impressive water screens, and all the latest technology and special effects. Truly a celebration of nature’s beauty!

Once Upon A Time, Magic Kingdom

Who would have thought that Cinderella Castle would also make a great projection screen? With a little bit of pixie dust the Castle transforms each evening. It will seemingly come alive with glimpses into the lives of Anna, Alice, and others. The show changes seasonally. Once Upon A Time is best seen from Main Street, U.S.A., and is held weather permitting.

While we missing the giant floating globe in IllumiNations: Reflections of Earth, we are surprisingly satisfied with the temporary fireworks spectacular currently at EPCOT called “Epcot Forever”. Even though “Forever” is in the title, keep in mind this nighttime spectacular is only a temporary one. Disney is working on a new nighttime spectacular for EPCOT called “HarmonioUS”. Disney has said this new show will be the biggest and most spectacular nighttime show yet! In the meantime, we’ll keep enjoying Epcot Forever at one of the many great viewing areas all along World Showcase.

Step inside Mickey’s dream with Fantasmic!. The show uses water screens, live action, fireworks, and more. Mickey faces off with some classic Disney villains as his dream turns into a nightmare, but of course good triumphs over evil in the end. The show can be a bit intense for small children, you might need to constantly reassure them that Mickey will be just fine. Seats can go fast, so ask a cast member if there is a recommended time to arrive. If there is more than one show the first one is often more crowded.

Happily Ever After is arguably the best fireworks show that you will ever see. Cinderella Castle lights up in different colors and it’s all set to music. Happily Ever After can be seen from most places in the Magic Kingdom, but the front of the park is better than the back. If you’d like to enjoy the show and great desserts at the same time, make reservations for one of the two Happily Ever After Fireworks Dessert Parties. You can then see the fireworks from a reserved viewing area, and you’ll end your day on a sweet note as well!