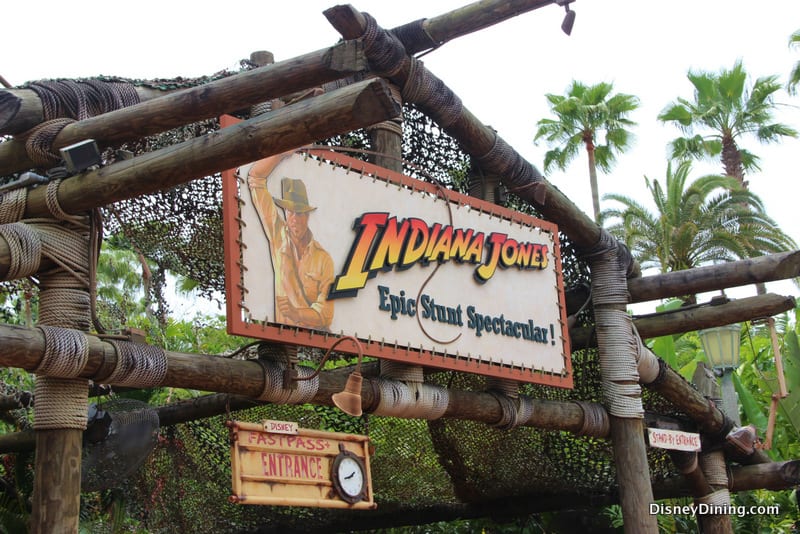 At Disney’s Hollywood Studios FastPass+ is available in two tiers. You will pick one selection from Tier One, and then your other two selections are from Tier Two. The tiers have changed since the system was rolled out. Currently the Tier One attractions are Beauty and the Beast – Live on Stage, Fantasmic!, Rock ‘n’ Roller Coaster, Toy Story Midway Mania!, and The Great Movie Ride. The special shows for Star Wars Weekends are also Tier One. From Tier Two you will select from Disney Junior – Live on Stage!, Indiana Jones Epic Stunt Spectacular!, Muppet*Vision 3D, Star Tours – The Adventures Continue, For the First Time in Forever: A Frozen Sing-Along Celebration, The Twilight Zone Tower of Terror, and Voyage of the Little Mermaid. Since you can only pick three FastPass+ selections at a time, you don’t want to waste them. Here are four attractions that you shouldn’t use your passes on.

There are times when Muppet*Vision 3D ends up with a line, but the lines for other attractions will be much longer. The theater is huge, so there is plenty of space for anyone who wants to see the show. Since the movie runs continuously, you’ll never have to wait too long until you’re inside. Make sure you pay attention to the pre-show, it’s a lot of fun.

The only time that you might want to use a FastPass+ on this show is if you hope to be a part of it. Even then, a FP+ is not a necessity, you just need to show up early and be extra enthusiastic when the cast members come out. The theater is large, and the show runs several times a day. It might reach capacity, but that would most likely happen after the FastPass+ window has closed.

Star Tours is extremely popular. It is also well planned out. There are six different simulators that guests can ride in, meaning that one is almost always loading. Things don’t slow down if there is a mechanical problem, that simulator just won’t be used. The line for Star Tours might get long in the middle of the day, but it’s usually pretty short when the park first opens and then again at the end of the day. One exception is Star Wars Weekends. If you plan to visit Disney’s Hollywood Studios during one of those days, make a FP+ reservation because the line will be much longer than usual.

Tier One has two of the most popular Walt Disney World rides; Rock ‘n’ Roller Coaster and Toy Story Midway Mania!. Reserved seating for Fantasmic! is also extremely popular. The Great Movie ride doesn’t seem to be quite in the same league as these experiences. FastPass+ has made the lines for The Great Movie Ride longer, but they are usually manageable. If the line is too long early in the day keep checking back. Also, on a hot day you might want to wait if the entire line is indoors. You can enjoy the air conditioning, and you’ll be able to use your Tier One selection for something with a typically longer wait.