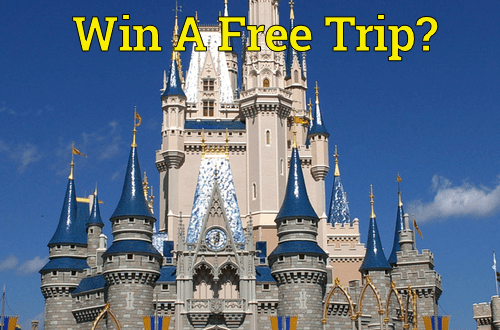 Don’t Fall for a Free Trip Scam on Facebook

Who wouldn’t want to win a trip to Walt Disney World? Unfortunately, there are scammers out there who are hoping to use your love of Disney against you. They will say that your name will go into a drawing if you like or share a post. What they aren’t telling you is that they want you and your friends to visit their websites, which are filled with malware and will steal information from your computer. Fortunately, there are steps that you can take to protect yourself and your friends.

Look at the pictures of what is being given away. If tickets are shown, it’s probably a scam. Walt Disney World has spent a lot of money on the MagicBand program, and they don’t officially show tickets much anymore.

Check the Facebook page of the company that is holding the contest. How long has the page been around? How many posts are on the page? If the page is relatively new, don’t trust it and don’t click any links.

If a Facebook page claims that a company is holding a giveaway, check the company’s official website before clicking a link on the page. For example, if you see that Joffrey’s Coffee is giving away a trip (which as an official Disney sponsor they will do from time to time), visit the official Joffrey’s Coffee website and look for the information there.

Look at the Facebook URL. If there are extra letters, punctuation that seems out of place, or missing letters, don’t trust it. Using Joffrey’s Coffee as an example once again, a URL that you shouldn’t trust would be facebook.com/jofreyscoffee.

Read the contest rules. They should be easy to find on the Facebook page. If there aren’t any rules, it’s not real.

Don’t give any personal information for a contest through a Facebook page. If there is a real contest being held, fill out the form through the official website. Remember that any legitimate contest should not ask for more than the basics of your name, address, phone number, and email address. If a form asks you for your social security number or credit card information, don’t fill it out. The same goes for your Facebook password, a legitimate contest will not need that information.

If you have been on a website through Facebook and doubt whether or not the contest was legitimate, you should run a computer scan immediately, just to be on the safe side. It would also be a good idea to change your Facebook password, just in case.

There are legitimate contests where Disney vacations are given away. Most of them are run through an official Disney sponsor. These contests aren’t won by liking and sharing a page. They will have links on their Facebook pages, but you’ll also be able to find the form to fill out on their websites. Be careful, and good luck. If the contest is legit, you just might win a trip to Walt Disney World.