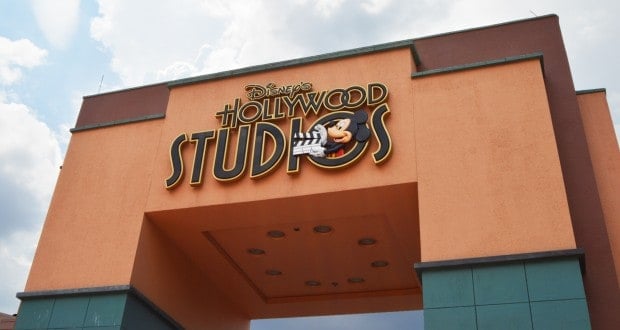 On April 30 and May 1, I took part in a media event at Disney’s Hollywood Studios. Part of the event was to celebrate the past, since May 1 was the park’s 30th anniversary. It was also to celebrate the future, since so much is taking place at the park and across Walt Disney World. I was able to talk to several Disney Cast Members on a variety of topics. There was little new information, but what I learned did make me excited about the future. Here are some of the highlights.

To get an overview of what is happening at Disney’s Hollywood Studios, I spoke with Stephen. He is a face that you might recognize, because he is a Disney Ambassador, and his smile is contagious. We purposely stayed away from the topic of Star Wars: Galaxy’s Edge, because I would be speaking with someone else about that later in the day. We started off by talking about the Wonderful World of Animation, which is the new nighttime show at Disney’s Hollywood Studios. It is a projection show that takes place on the Chinese Theater. It starts and ends with Mickey, and it also features many animated classics, including Snow White, Coco, Sleeping Beauty, and many in between. (I saw the show later in the day, it is worth checking out!) Wonderful World of Animation runs each evening before Star Wars: A Galactic Spectacular. Stephen and I also talked about how guests now have a chance to become rookie racers in Lightning McQueen’s Racing Academy. Also mentioned was Mickey & Minnie’s Runaway Railway, which is opening in spring, 2020. It will give guests a chance to be part of a Mickey Mouse short film in a brand new story. No talk about the transformation of Disney’s Hollywood Studios would be complete without mentioning Toy Story Land. Stephen mentioned that not only has Toy Story Land been well received, he gave me a little bit of information on the new full service restaurant that is coming to the land. It will be called Roundup Rodeo BBQ, and the inside will feature your favorite Toy Story characters along the walls. Stephen also shared with me his love of Slinky Dog Dash. All in the Details

For a presentation called All in the Details, I was able to speak to Christopher, who is General Manager of Park Operations at Disney’s Hollywood Studios. We talked a bit about the things that many guests will not notice, but will still enhance their experiences. It all starts before you enter the park, with a new arrival experience and changes to the parking lots. The background music has been updated over the past year or so, with changes that will enhance where you are in the park. Christopher touched quite a bit on costumes for the Cast Members. He showed examples of two new costumes. One is the updated costume for Oscar’s Service Station, which is the stroller rental area at the front of the park. He also showed me one example of the villager’s costume for Star Wars: Galaxy’s Edge. What is exciting about these costumes is that they are customizable, meaning that the Cast Members will be able to use different pieces and accessories to make each person working in Galaxy’s Edge look different. Christopher also told me that the Galaxy’s Edge costumes are lightweight and made of breathable material, so that they will not be uncomfortable on hot and humid days. We also talked a bit about the details at Grand Avenue. In Los Angeles there are a lot of older buildings that have been transformed and repurposed, and Grand Avenue is designed to have that same feel.

At Star Wars Launch Bay I had the chance to speak with Denise, who is a Show Director with Walt Disney World Live Entertainment. We talked about Jedi Training Academy, which gives younglings a chance to learn about the Force. We then moved on to Launch Bay, which is very much what you want it to be. You can watch a behind the scenes movie, see real and recreated props and models from the films, and get pictures with some favorite Star Wars characters. Denise also mentioned March of the First Order, which takes place several times a day. We couldn’t talk for too much longer, because we had some visitors who showed up and wanted to see our identification… One of the highlights of the day for me was that I had a chance to meet two Heritage Cast Members. They’ve both been at the park since the beginning.  First was TJ, who had several jobs around the park before finally moving to Tower of Terror. (If you love the ride, you’ll recognize TJ.) He told me that one of his favorite memories was of a woman who has ridden over 500 times. He said that part of why he loves his job so much is because he gets to bring joy to others. Next I spoke with Kevin, who was one of the original actors to play Indiana Jones. When he auditioned for the role, he didn’t know that it was actually Indy that he was auditioning for. After he got the part he worked with three of the best stuntmen in the business for several months. He played Indiana Jones for 25 years, and now he’s a director for the show. If you saw the cavalcade that Disney Parks Blog aired live on May 1, Kevin was driving the truck in the Indiana Jones part of the parade. Of course the highlight of the day for me was being able to actually enter Star Wars: Galaxy’s Edge. The new land is going to be amazing. After my short tour, I spoke with Chad, who is a Project Manager with Walt Disney Imagineering. He is based in Florida. Galaxy’s Edge is a 14 acre expansion, which is the largest in the parks’ history. When you first enter the new land you will have the sense of being immersed in a galaxy far, far away. Batuu is not a planet that you will find in the movies, but it still fits right in. The characters, creatures, foods, sounds, and smells are all exactly as you would expect them to be. Batuu is on the edge of the galaxy (hence the name), and it has become a haven for smugglers, criminals, and those who don’t want to be found. Star Wars: Galaxy’s Edge opens on August 29 in Florida. The first new ride (Millennium Falcon: Smugglers Run) will open that day. The second ride (Star Wars: Rise of the Resistance) will open later this year.