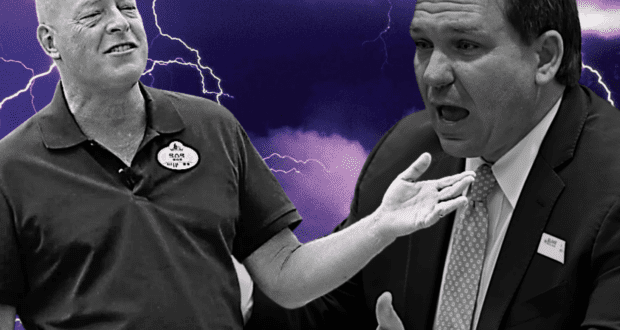 Gov. DeSantis: Disney’s “woke ideology” may cause the company to lose its “special privileges” in Florida

The culture war rages on between the State of Florida and Disney, and there seems to be no sign of white flags of surrender waving in the breeze anytime soon. 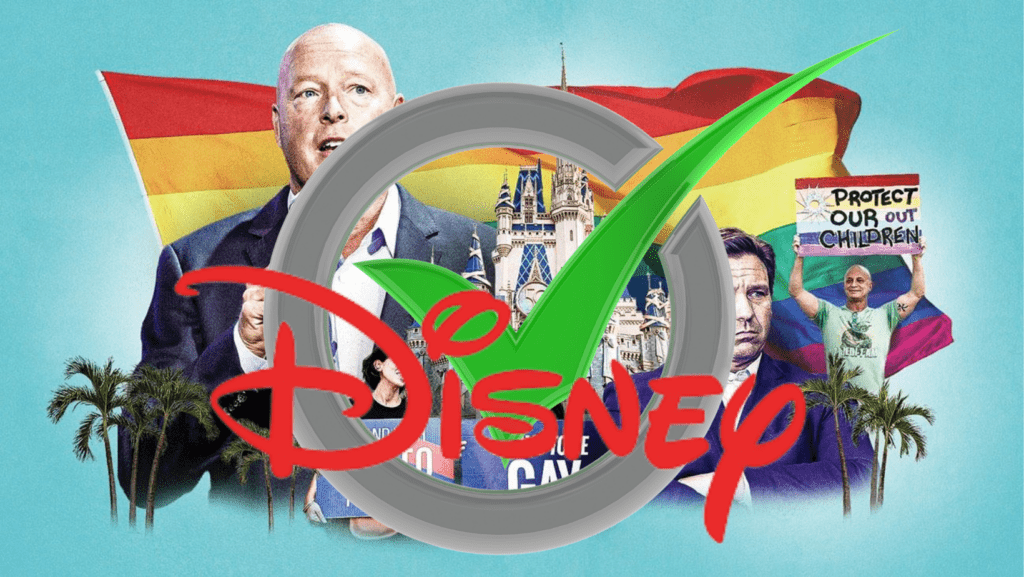 On Thursday, Governor Ron DeSantis responded to the suggestion that Florida should repeal a 55-year-old state law that essentially lets Disney govern itself on Disney World property. The suggestion has been made in response to Disney’s loud opposition to House Bill 1557, the Parental Rights in Education Bill.

“What I would say as a matter of first principle is I don’t support special privileges in law just because a company is powerful and they’ve been able to wield a lot of power,” DeSantis said during a press conference West Palm Beach, Florida on Thursday.

For weeks, Disney’s CEO was silent about the bill, which prohibits classroom instruction on “sexual orientation” and “gender identity” with children in third grade or younger, “or in a manner that is not age-appropriate or developmentally appropriate for students in accordance with state standards.” But it does not prohibit casual discussion about those topics.

Despite its being branded the “Don’t Say Gay” bill by critics of the legislation, the bill does not ban the word “gay” in any school setting whatsoever. It doesn’t ban casual discussions about sexual orientation or gender identity in the classrooms. Further, it does not require schools to notify parents if a student identifies as gay or transgender.

But CEO Bob Chapek spoke out against the bill, and since that time, Disney has been in a war of words with Florida Republicans. On Monday, Governor Ron DeSantis signed the bill into law, much to the frustration and dissatisfaction of some, including some of Disney’s employees. 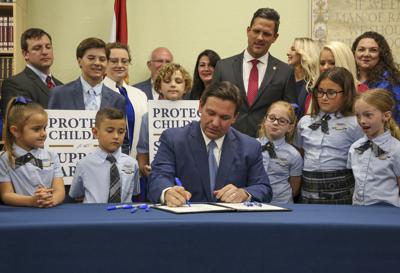 But according to a current Disney employee and Congressional candidate, the majority of Disney’s employees are in favor of the bill. Jose Castillo says that Disney’s only listening to the small group who opposes the bill.

“Disney and similar corporations listen to the loudest voices in the crowd,” Castillo explained. “That is why I am standing up for our shared conservative values; to show other conservative Cast Members like me that we need to speak up and stand strong.”

“I think what has happened is there’s a lot of these special privileges that are not justifiable, but because Disney had held so much sway, they were able to sustain a lot of special treatment over the years,” DeSantis explained.

Gov. DeSantis went on to say that Disney has “lost a lot of the pull that they used to have” over the company’s opposition to the Parental Rights in Education bill. The governor said it’s his opinion that it’s a “good thing for our state because the state should be governed by the best interest of the people.”

“I would say any special privileges that are in law I would like to get rid of generally,” DeSantis added. “I think in this particular case with Disney, I just don’t think you have very many people in the legislature anymore who are going to be able to defend a lot of what has been done over many years to really have them almost govern themselves in some of these things. That was probably never appropriate to start.”

DeSantis says it’s “certainly not appropriate now at this point” for Disney to self-govern.

In response to Disney’s recent opposition, Florida State Representative Spencer Roach has already met with lawmakers about repealing the law that allows Disney to govern itself.

“Yesterday was the 2nd meeting in a week w/fellow legislators to discuss a repeal of the 1967 Reedy Creek Improvement Act, which allows Disney to act as its own government,” Roach tweeted. “If Disney wants to embrace woke ideology, it seems fitting that they should be regulated by Orange County.”

Yesterday was the 2nd meeting in a week w/fellow legislators to discuss a repeal of the 1967 Reedy Creek Improvement Act, which allows Disney to act as its own government. If Disney wants to embrace woke ideology, it seems fitting that they should be regulated by Orange County. pic.twitter.com/6sj29Gj6Wz

On Monday, Disney released a statement after the school-related bill was signed into law.

“Florida’s HB 1557, also known as the ‘Don’t Say Gay’ bill, should never have passed and should never have been signed into law,” Disney said in the statement. “Our goal as a company is for this law to be repealed by the legislature or struck down in the courts, and we remain committed to supporting the national and state organizations working to achieve that. We are dedicated to standing up for the rights and safety of LGBTQ+ members of the Disney family, as well as the LGBTQ+ community in Florida and across the country.”

In response to Disney’s criticism, DeSantis said on Monday that Disney had “crossed the line.”

“This state is governed by the interest of the people of the state of Florida,” said DeSantis. “It is not based on the demands of California corporate executives. They do not run this state. They do not control this state.”