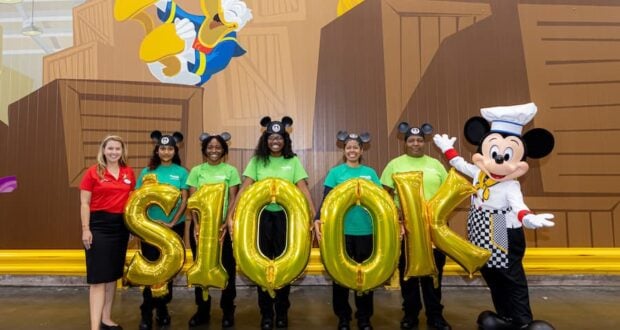 Disney has always been passionate about giving back. From their conservation programs to programs to help teachers, community outreach and making the world a better place have always been at the forefront of company culture. Recently they have given a considerable amount of money to help feed the hungry in both Orlando and Anaheim.

In addition to donating to charity,  Disney donates to programs to help pull people out of poverty and guide them on the road toward sustainable careers. Most recently, they have donated $100,000 to a culinary career training program sponsored by the Second Harvest Food Bank. A rep from Disney says, “As part of our longstanding relationship with Second Harvest Food Bank of Central Florida, Disney remains focused on investing in future culinary storytellers within the Second Harvest Culinary Training Program. The program provides students with the necessary culinary and life skills to pursue a sustainable career at no charge. Students from this program were in attendance as the $100,000 donation was announced, and Disney also recently donated non-slip shoes to every student in the program, helping them take their first steps into their culinary future.”

This donation joins a $500,000 grant made by Disney to celebrate its 50th anniversary. 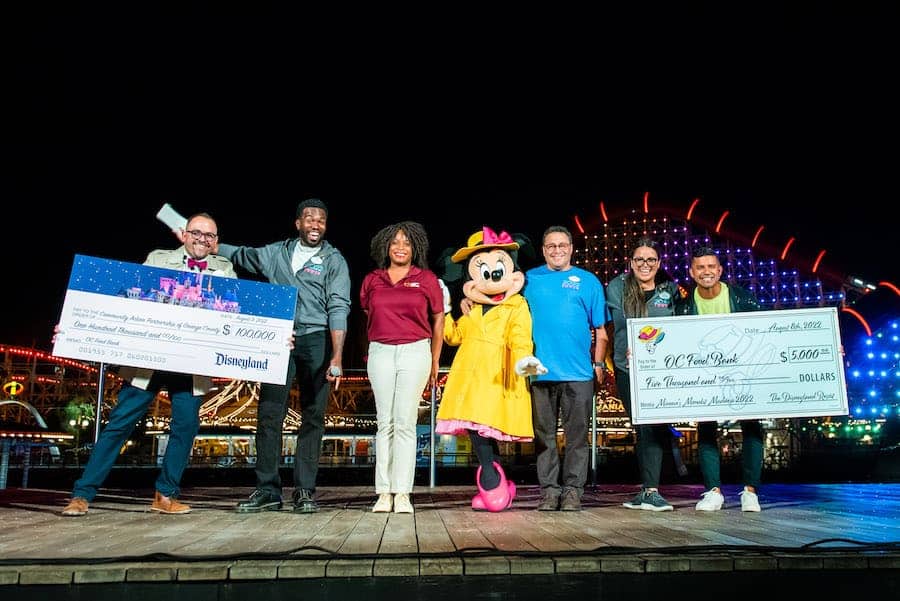 Over in Anaheim, Disney has donated $205,000 to various programs to address hunger and food scarcity. A donation drive by Cast Members led to $5,000 for the OC Food Bank. Disney then surprised attendees at the fundraiser by announcing they would add a $100,000 donation to the amount raised. They also donated $100,000 to the Second Harvest Food Bank in Orange County. The representative said, “We’ve supported the organization for nearly a decade through donations from resort hotels and banquets, as well as VoluntEARing several times per year at their Harvest Solutions Farm in Irvine, CA, and their food bank.” 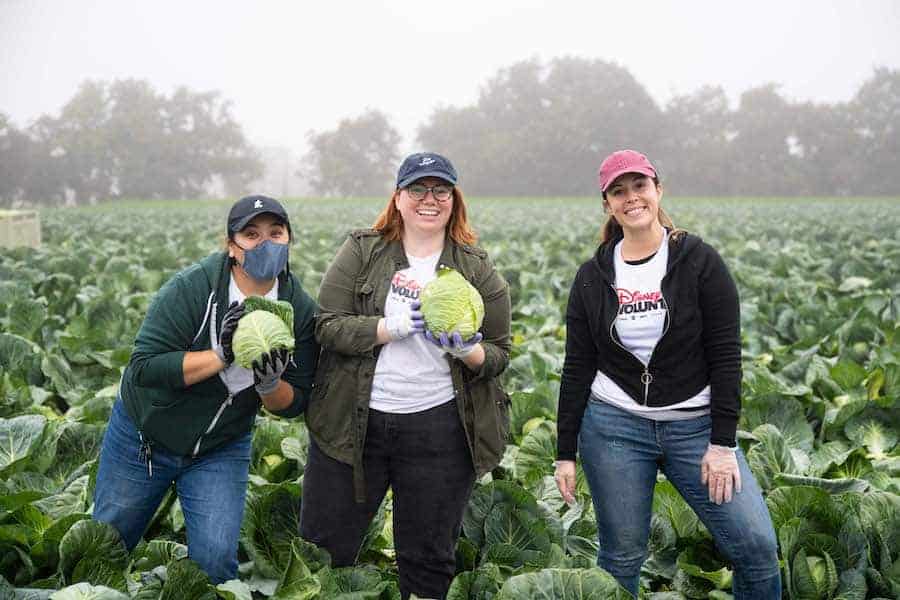 These donations come in addition to the more than 3,000,000 pounds of produce and unserved food the company donates to Food Banks around the world.