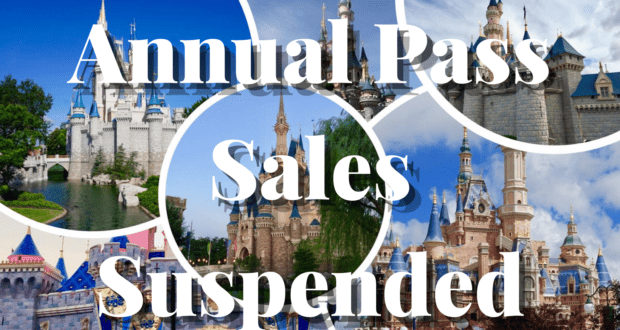 Disney Park suspends the sale of all annual passes

Disneyland has suspended the sale of all Magic Key passes. The announcement was made after the park announced a new ticket discount for parkgoers at Disneyland.

Scott Gustin with Nexstar Media tweeted about the announcement this morning, saying “Disneyland has stopped sales on ALL Magic Key passes. Existing Magic Key holders will be given a renewal opportunity when their passes expire – starting later this summer.”

NEW: Disneyland has stopped sales on ALL Magic Key passes. Existing Magic Key holders will be given a renewal opportunity when their passes expire – starting later this summer.

Only moments after his initial tweet, Gustin further tweeted that Disney also announced a ticket discount for California residents.

The change comes on the same day Disneyland announced a new ticket discount for California residents.

The new discount can be found on the Disneyland website. According to the website, the discount is good for 3-day tickets on Mondays, Tuesdays, Wednesdays, and Thursdays from June 13 to September 15. The tickets start at $249.

There’s no word on the decision on Disney’s part to suspend the sale of Disneyland annual passes, called Magic Keys. Perhaps it’s in keeping with Disney’s attempts to control park capacities. Perhaps there are issues with the Magic Key system, and perhaps there are changes to be made to the system.

At this time, Disney has not given a reason for the decision, but it is worth noting that Walt Disney World is currently still not selling its IncrediPass annual passes at the Central Florida theme parks.