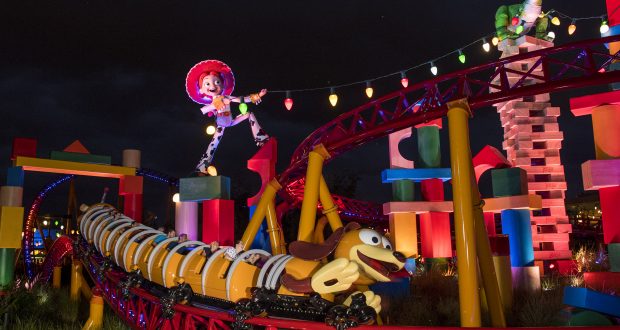 Earlier this week, I attended the first ever Disney After Hours at Disney’s Animal Kingdom. Last night (December 8, 2018), I was able to do the same thing at Disney’s Hollywood Studios. My daughter and I were Disney’s invited guests for both events, which means that we did not pay admission. I was blown away by the Disney’s Animal Kingdom version, and really curious about how the Disney’s Hollywood Studios event would work. It’s my favorite park (I’m slightly obsessed with Star Wars), and I was interested in how it would be different because the sizes of the two parks are so diverse.

Disney After Hours starts half an hour after the park closes to the general public. Last night, that was 8:00, so the event officially began at 8:30. It’s then three hours with an extremely limited number of guests.

When the parked closed at 8:00, they opened the ride lines for Disney After Hours guests. This was different than Animal Kingdom, but it worked well. They checked wristbands and then let people in line. I talked with a Cast Member at the entrance to Slinky Dog Dash. She told me that they were clearing out the queue from during the day, so the beginning of the party would be the longest line of the night. My daughter was meeting me at the park, so I was on my own for a little while. At about 8:10 I decided to check out Launch Bay, thinking it would be a light crowd. I’m pretty sure that I was the only non-Cast Member in the entire building. The place was so empty that it was eerie. I was able to get all three pictures in less than ten minutes. I think that the only drawback of the evening was that Jingle Bell, Jingle BAM! Took place at 8:30, even though the park closed at 8:00. That meant that the first half hour of the event was still packed. Personally I think that the party should have run 9:00 until midnight to avoid this issue, but that’s just my opinion.

After the fireworks crowd cleared out parts of the park were empty. The attractions that were open were Star Tours, Slinky Dog Dash, Alien Swirling Saucers, Toy Story Mania!, Star Wars Launch Bay, Rock ‘n’ Roller Coaster, and The Twilight Zone Tower of Terror. There were a decent amount of characters; Olaf, Mickey, Minnie, BB-8, Chewbacca, and Kylo Ren. Mickey Bars and Sandwiches, frozen fruit bars, popcorn, and bottled soda and water were included in the price.

Once my daughter arrived, we hit the rides. We started in Toy Story Land, where there was a two “dog” wait for Slinky Dog. Most of the vehicles for Alien Swirling Saucers were empty. We headed back to Launch Bay, which was still pretty empty. Rock ‘n’ Roller Coaster was “pick your row” (so my daughter tells me) as was Star Tours. Since Disney’s Hollywood Studios is so much smaller than Disney’s Animal Kingdom, there wasn’t as much of a “wow” factor with no crowd. It was still great, but it didn’t feel as empty.

Around 11:10 we headed back to Toy Story Land to end the night. Our plan was to ride Slinky and then get character pictures. There were lines for Woody and Jessie, as well as for Buzz. These were some of the longest lines that we saw all night. With about 15 minutes left we got in line for Slinky Dog Dash. We got off and decided to ride immediately again. When we got off the second time we decided to get a picture with Buzz. That line had cleared out, so we were able to get the picture right away. We had thought we’d miss Woody and Jessie, but we still had time. After that picture my daughter looked at her watch, it was 11:27. We “dashed” over to Slinky Dog and got in line with one minute to spare. Not a bad way to end a great evening. Unlike Disney After Hours at Disney’s Animal Kingdom, we didn’t ride everything at Disney’s Hollywood Studios. We opted out of Tower of Terror and Toy Story Mania!, since we are local Passholders and can get FastPass+ fairly easily for either ride. We decided that we would rather ride Slinky Dog Dash four times total. The Cast Members were fantastic. A special shout out to the woman (Terry maybe?) with whom I had a great conversation before meeting Minnie. We talked about the Magic Kingdom version of Disney After Hours, and she made me really want to do it.

Disney After Hours runs on select nights, and is now taking place at three of the four theme parks. The cost is $125 per person in advance, $129 the day of (if there are tickets still available because they are so limited). Passholders and Disney Vacation Club members can attend for $95. There is no child’s ticket. Purchase your tickets at any ticket window, or by calling 407-939-7795. Disney After Hours may be pricey, but if you hate lines it is worth it. 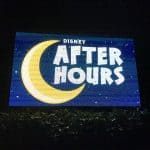 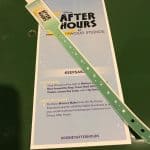 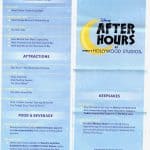 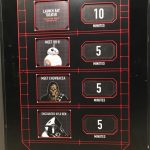 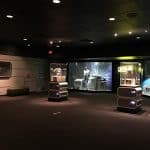 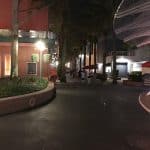 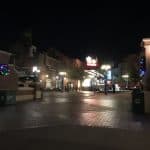 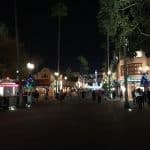 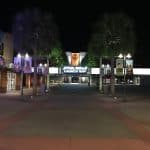 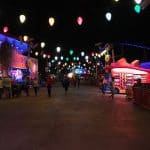 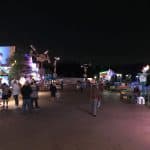 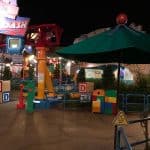 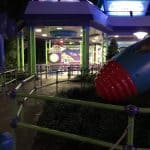 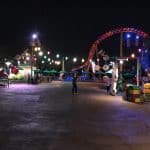 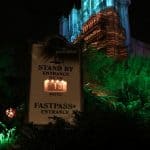 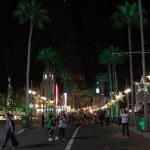 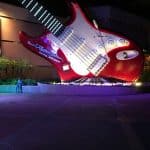 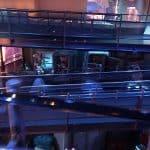 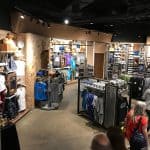 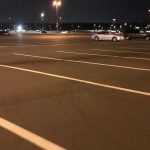