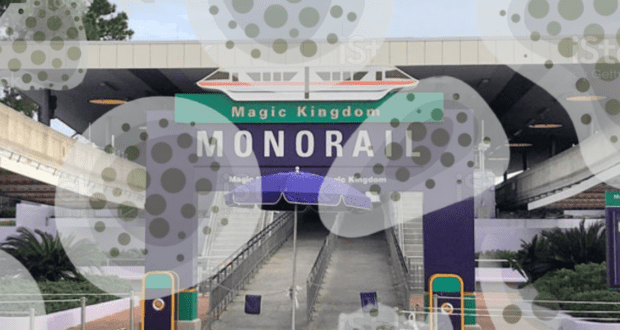 Walt Disney World used to be the gold standard when it came to cleanliness and upkeep. Walt Disney was famously concerned about it (even going so far as to study how long a person would carry trash before throwing it down). Ever since, Disney has maintained that high standard, until now. Maintenance seems to be a struggle for Disney lately. From increased downtime on popular rides to crumbling buildings, Disney is showing wear and tear in ways it never has.

You used to be able to walk into any Disney Park and not be able to tell its age. It was sparkling clean, with everything in tip-top shape. Magic Kingdom, in particular, however, seems to be struggling. We recently reported on mold infestations at Space Mountain, and “it’s a small world.” Now it seems mildew has made its way to a prominent sign as well as mold on yet another iconic ride!

The Monorail sign at the Transportation and Ticket Center has been revealed to be positively disgusting! One user on Twitter, @bioconstruct, took photos of the sign. Not only is it cracked and crumbling, but it’s also covered in mildew. The mildew is even more prominent at night when the sign is lit. Since this is one of the first things many Guests see when they arrive at the Walt Disney World Resort, it’s truly unfortunate that this hasn’t been taken care of. 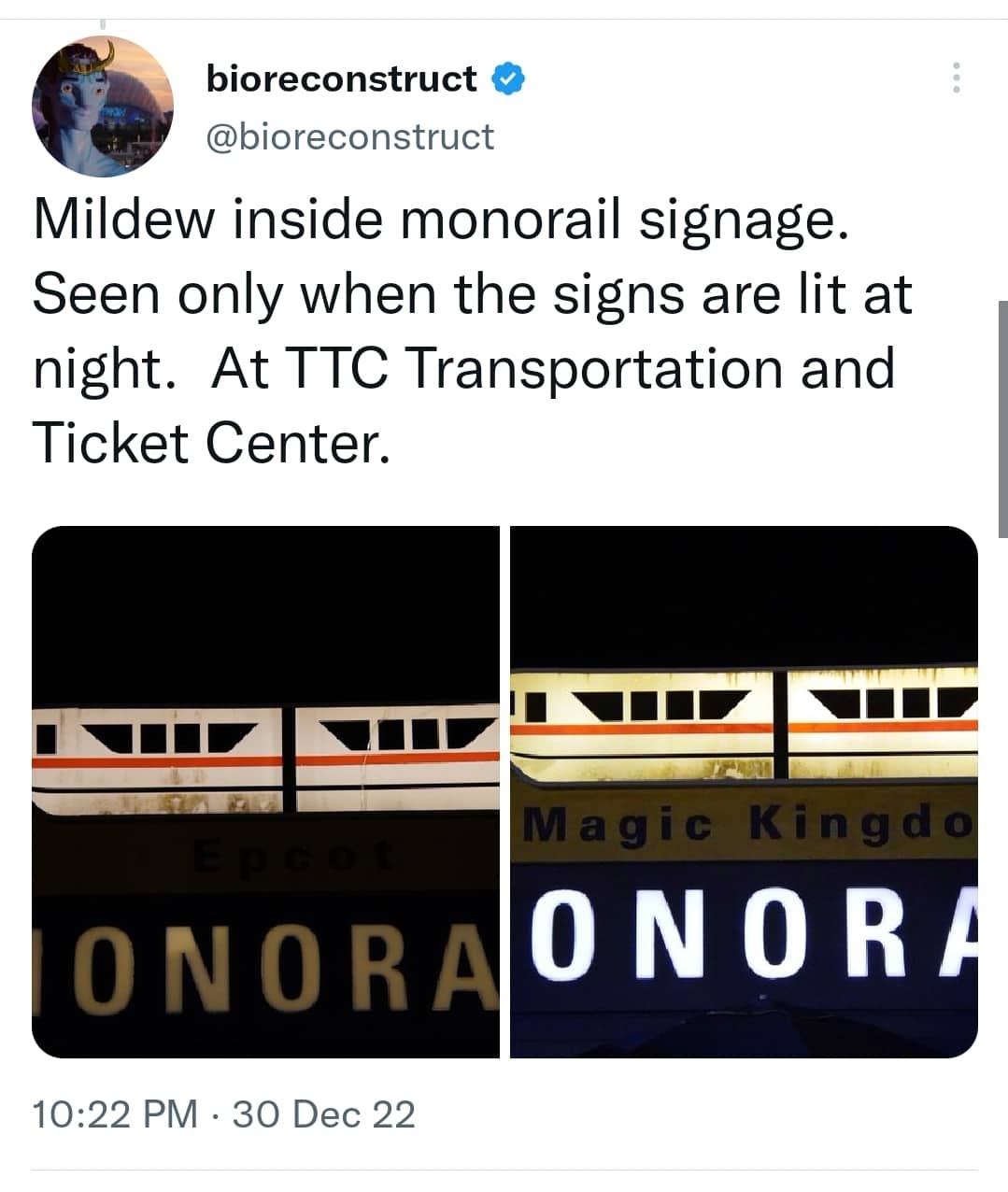 Additionally, one user on Twitter has been reporting moldy ceiling tiles on Carousel of Progress to Disney since last August without any correction to the problem being made. Twitter user @DocEpcot took pictures of the tiles that clearly show signs of what appears to be black mold on the ceiling. The Twitter user raised concerns about the health issues the mold could cause Guests and Cast Members.

Bio this was my visit in August. Can you verify its been corrected? https://t.co/WSYsCnc8K6

Yet another Twitter user pointed out mold on the handrails of Monorail Red. 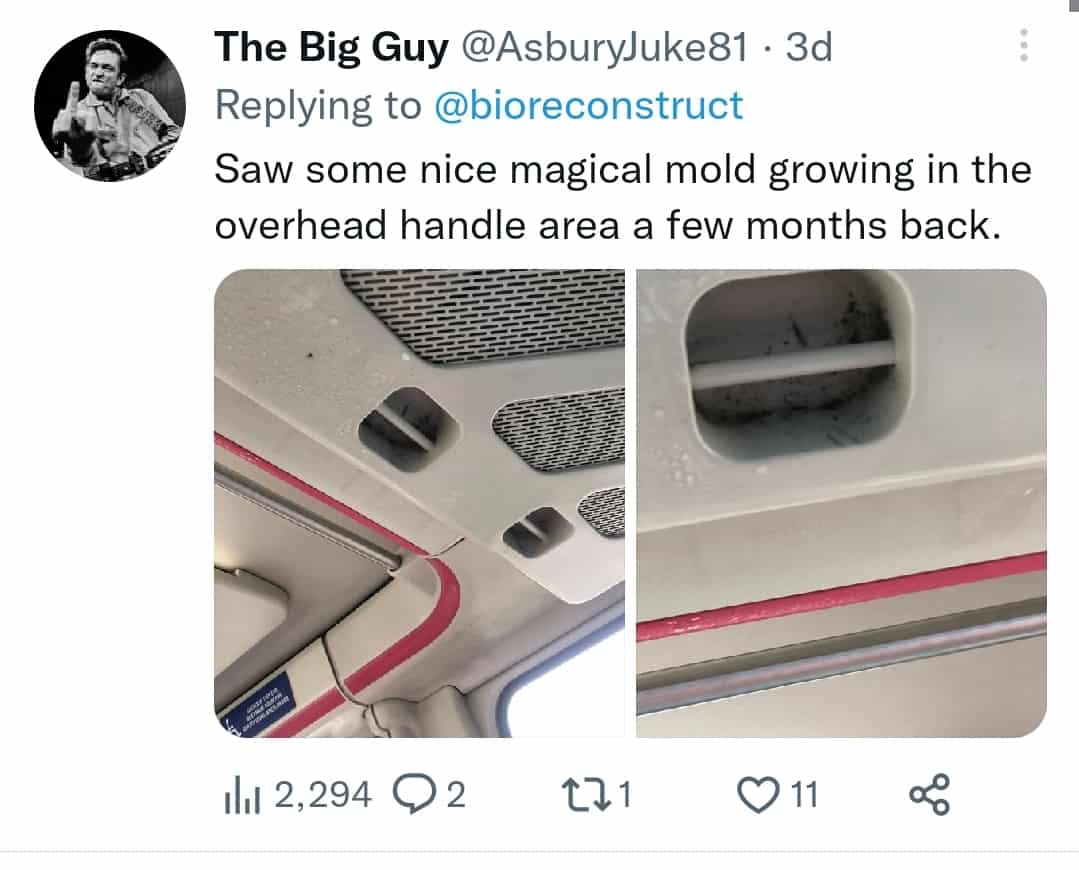 While, of course, these things happen, even at Disney World, it’s very out of character for them not to be addressed. Disney doesn’t have a choice about mold growth; Florida is practically mold’s best friend with its humid climate and warm temperatures. However, Disney does have a choice as to whether it’s left or taken care of. We hope 2023 will bring a renewed commitment to the maintenance of Disney’s theme parks and that the Sparkling clean Parks will once again return.