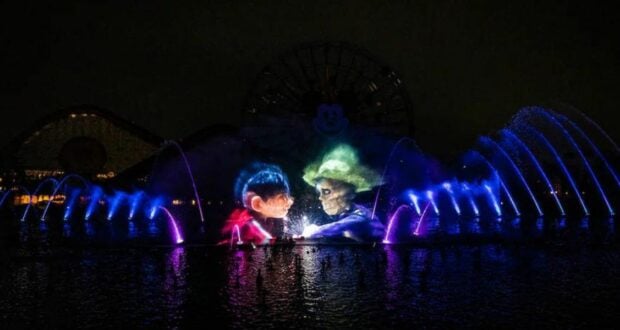 On January 27, The Walt Disney Company will officially kick off its 100th Anniversary celebration at Disneyland Resort. Guests visiting The Happiest Place on Earth will be able to taste new, celebratory food, buy specialty merchandise — which has already been released –, see a beautifully decorated Sleeping Beauty Castle, and see two new nighttime spectaculars. Wondrous Journeys — a fireworks show — will premiere at Disneyland Park, and World of Color – ONE will debut at Disney California Adventure Park.

With just weeks to go before the celebration begins, Disney has released more details on World of Color – ONE! 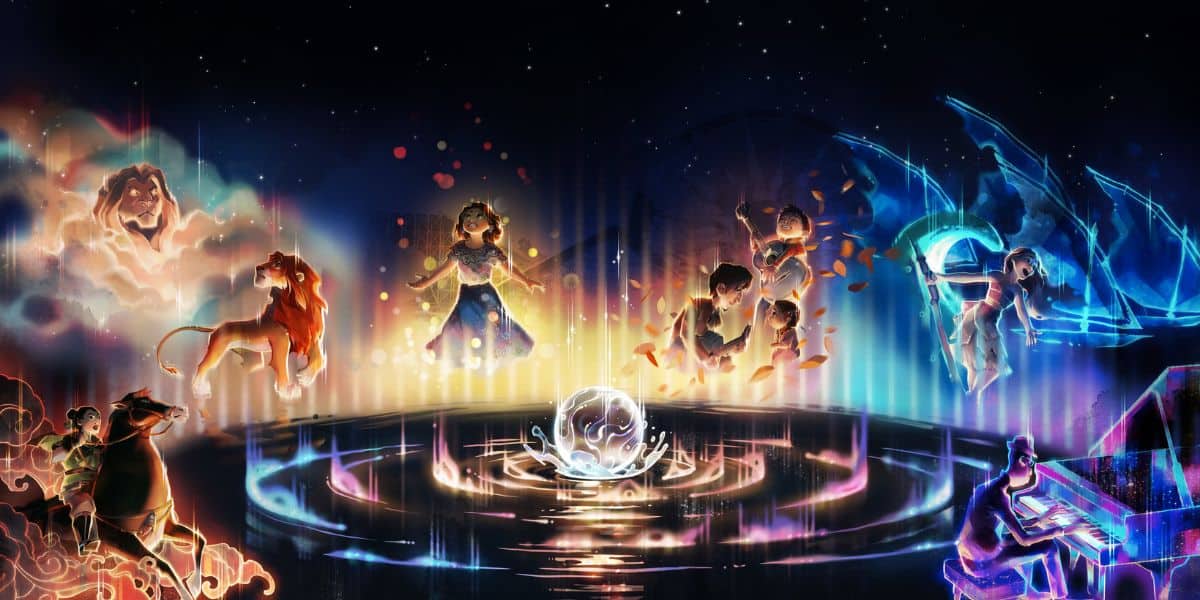 Disney Parks Blog shared more information on the story that World of Color – ONE will tell:

“World of Color – ONE” celebrates how a single action, like a drop of water, creates a ripple that can grow into a wave of change. You’ll discover how it only takes one action to make an impact on the people in our lives and the world around us, just as one man – Walt Disney – started the wave that has continued to grow and inspire people around the globe for 100 years.

The spectacular features songs and stories of some of the most courageous, loving and inspiring characters who dared to be wavemakers and change the world. In fact, this is the first Disneyland Resort nighttime spectacular to feature characters, music and moments from Walt Disney Animation Studios, Pixar Animation Studios, the Avengers, and Star Wars in the same production. Moments from favorite films such as “The Lion King,” “Moana,” “Coco,” “Mulan,” “Soul,” and others emerge on an immense water screen that can span up to 380 feet across. 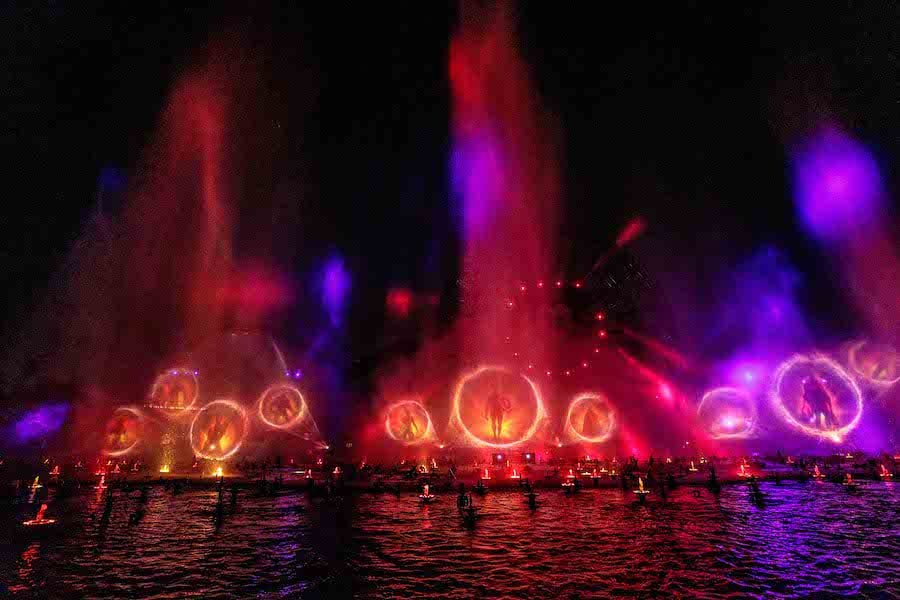 World of Color – ONE will have a beautiful new score, featuring 18 compositions and giving new life to some of your favorite Disney songs. There will also be a brand-new song called “Start a Wave” that will be featured throughout the show. Fans of the hit musical movie The Greatest Showman may recognize the woman singing the song, Loren Allred, who was the singing voice behind opera singer Jenny Lind. As with World of Color shows of the past, water will play an essential role in the show. Mist screens will show projections and, along with dozens of fountains, the show will also feature fog effects, lasers, and flame effects.

You can see a preview of World of Color – ONE below!