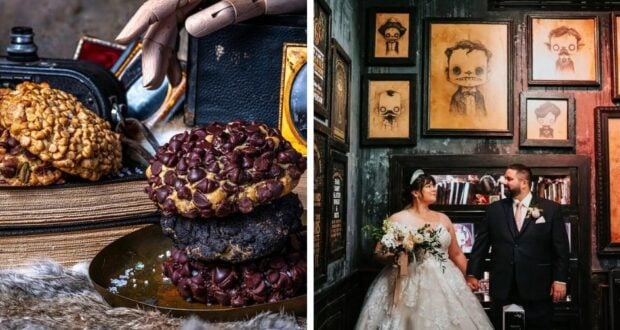 When it comes to food spots in Disney Springs, fewer places have a bigger following than Gideon’s Bakehouse. The popular bakery frequently sees lines around the building before they open, and Guests are more than willing to wait hours in order to get their hands on the massive cookies. Gideon’s not only sells half-pound cookies, but they also sell huge slices of cake, cookie bites, and cold brew coffees. But we bet there is one thing you didn’t know Gideon’s had on the menu — wedding photo shoots! 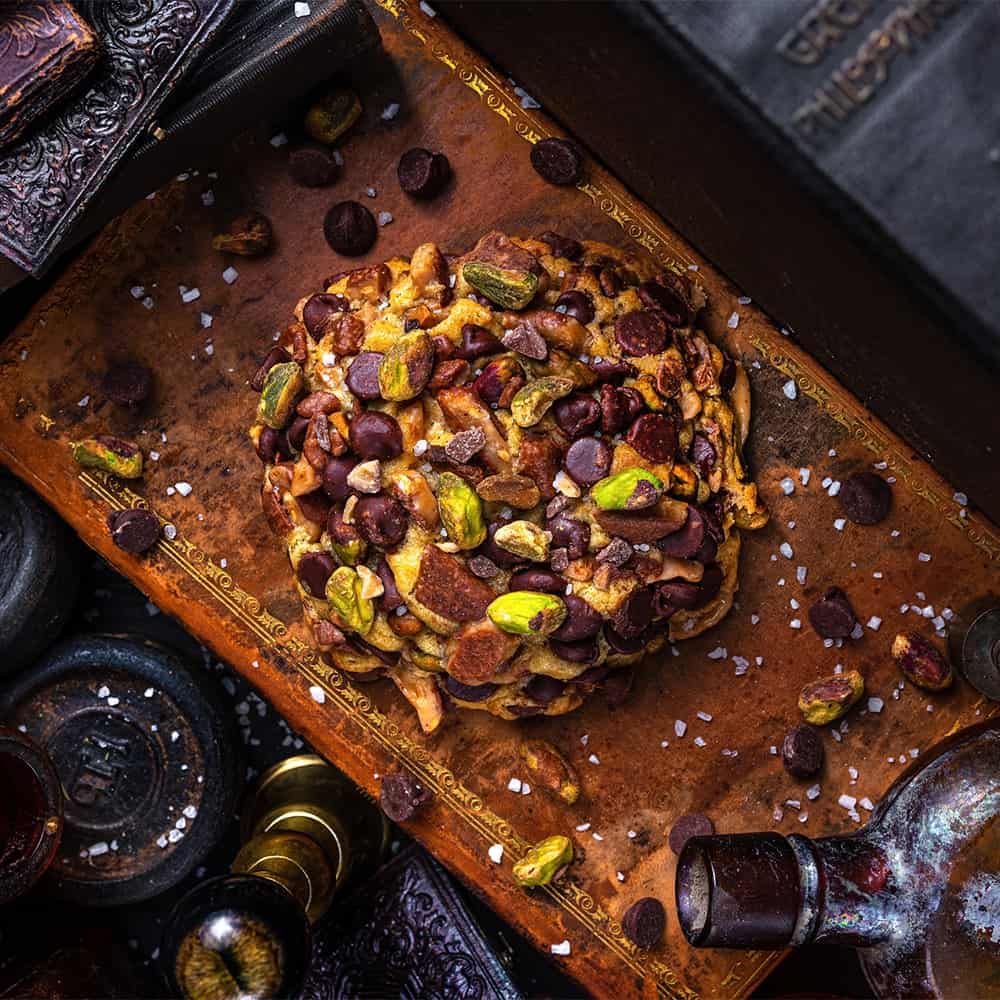 Okay, so technically, wedding shoots are not for sale at Gideon’s. However, one lucky couple was able to have the bakery to themselves on their wedding day, and the pictures are fabulous! The couple — Amanda and Adrian Dominguez — got married in Disney Springs and planned to have photos taken in the hot air balloon on property, the Aerophile. However, on their way to the Aerophile, they decided to make a stop at Gideon’s Bakehouse to see if they could get a cookie. A Gideon’s employee told them they could skip the virtual queue, which was hours long, and wait in the physical line. The newlyweds shared their story with Business Insider, who reported:

For 15 minutes, the just-married couple assumed they were waiting for their chance to shop like regular customers. But Gideon’s Bakehouse had a surprise in the works. They were “emptying the store” so the newlweds could take pictures inside without a crowd, according to Adrian.

“I was dumbstruck,” Amanda said. “The atmosphere transports you. I felt like I was in a magical, haunted mansion somewhere. It was all my dreams come true.”

Of course, the couple couldn’t leave without getting dessert, especially on their wedding day. Adrian said he ordered two of every cookie — some for themselves themselves and some to share with their wedding vendors.

“The cookies are out of this world,” Adrian said. “You can smell them from outside, but once you taste them, you’re wowed. The cookies are worth waiting in that line.” The couple was married on May 26 at Paddlefish Restaurant, which is located in The Landing area of Disney Springs. Adrian had proposed to Amanda while they were riding the Aerophile, which is why they were headed there to get some wedding photos taken. Amanda told Business Insider that she had always wanted to try Gideon’s Bakehouse, which is why they stopped there and were willing to take time out of their Aerophile shoot.

Congratulations, Amanda and Adrian! We wish you a lifetime of happiness and delicious Gideon’s Bakehouse cookies!

2022-06-06
Krysten Swensen
Previous: A Woman Claimed $40K In Fraudulent Purchases On Apple Watch She Lost At Disney, Internet Calls Baloney
Next: Seafood & Steak on the BoardWalk: Dining at Flying Fish