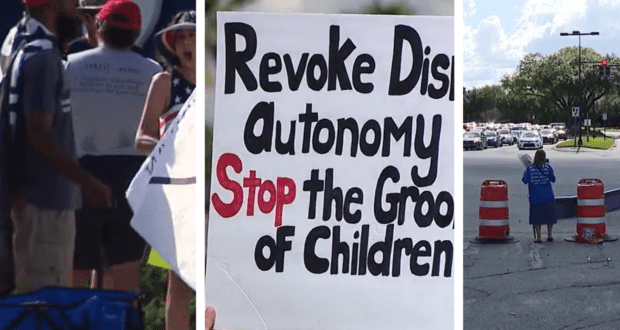 Over the weekend, groups of people congregated just outside one of the entrances to the Walt Disney World Resort to peacefully protest Disney’s response to a Florida law regarding classroom instruction for children in Kindergarten through third grade.

A group of about 100 protesters gathered near the entrance to Disney World near Disney Springs. The protest was organized by a group called Moms for America who said they were there to protest what they call Disney’s “liberal agenda.”

Protesters carried American flags and signs conveying messages about the group’s stance on Disney’s stance against the Parental Rights in Education law. One sign read, “Revoke Disney’s autonomy; stop the grooming of children,” while another had only the word “groomers” written on it with Mickey Mouse ears drawn from the two “o”s in the word.

“The response here is real people not being afraid of a big-money corporation,” explained John Di Lemme of the Conservative Business Journal. “Disney’s cowering down to a handful of people.”

Florida’s “Parental Rights in Education” bill, called the “Don’t Say Gay” bill by those who oppose the legislation, was passed on March 28 when Governor Ron DeSantis signed the bill into law, saying he “doesn’t care what big corporations say.”

The law prohibits classroom instruction about gender identity and sexual orientation in Kindergarten and in first, second, and third grades, but it doesn’t prohibit casual conversations about gender identity or sexual orientation with children in those grades, nor does it prohibit the use of the word “gay,” despite the name given to it by those opposed to the legislation.

Shortly before Governor Ron DeSantis signed the bill into law, Disney CEO Bob Chapek spoke out against it, having been quiet about the legislation up to that point. Chapek’s statement, however, doesn’t speak for everyone at Disney, according to a Cast Member who’s currently running for a seat in the Florida Congress and says Disney is only listening to a small minority of its employees regarding the Florida law. 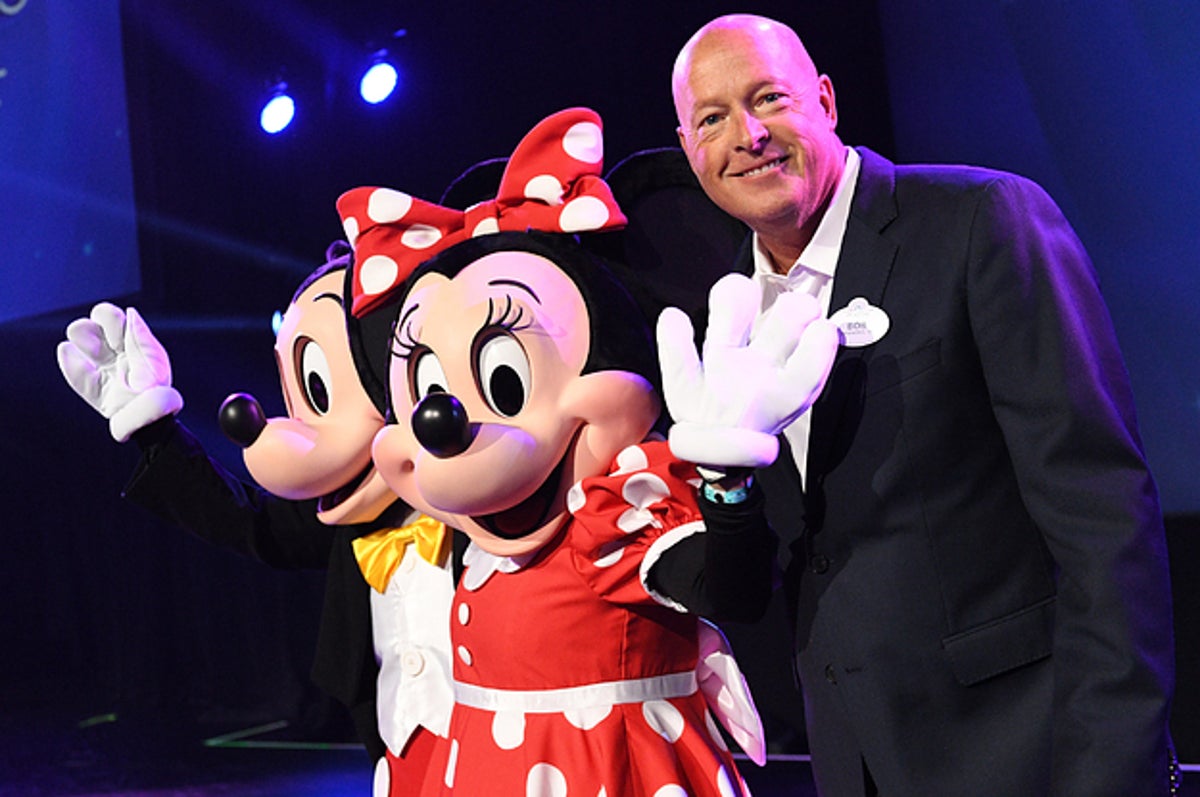 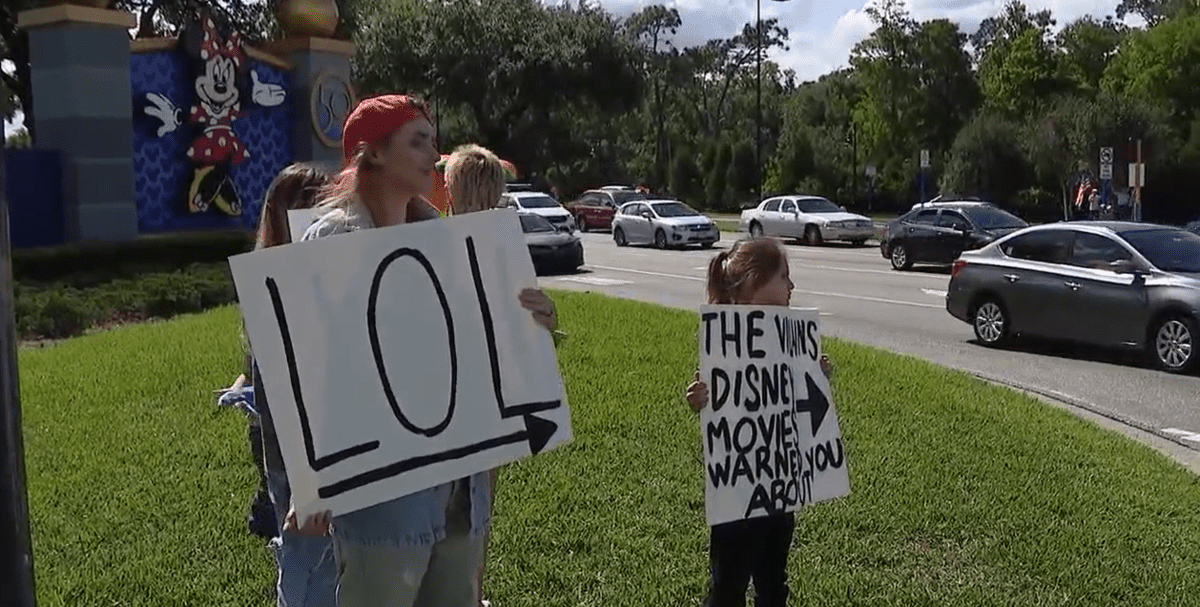 “As Floridians, some of us need to step up and let these people know they’re the ones not welcome here,” said TSI Day Smith, who showed up at the location on Saturday to counter-protest.

According to Fox35 Orlando, the protest remained peaceful throughout its duration.

“We’re really out here to show support for Governor DeSantis,” said Michael Thompson, who joined in the protest against Disney’s response to the new legislation.

Thompson said part of the message of the protest was that if Disney continued with this “type of agenda,” that The Walt Disney Company would continue to face opposition.