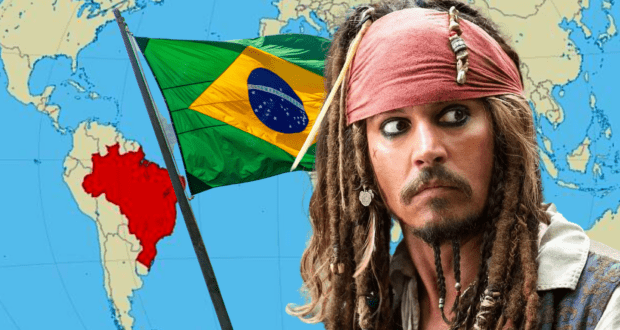 Captain Jack Sparrow definitely found himself on stranger tides on Wednesday, as he was spotted taking part in protests in Brazil against the installation of the country’s new leader. 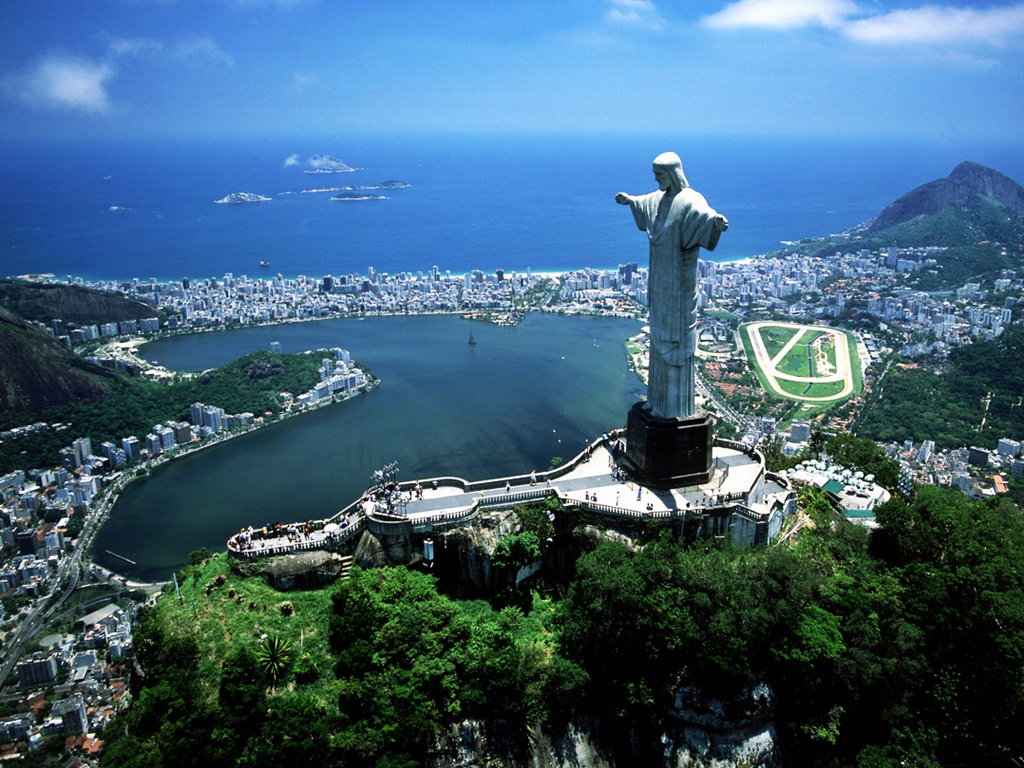 The nation, officially known as the Federal Republic of Brazil, encompasses some 3.3 million square miles of the continent and is home to more than 208 million people, many of which have recently taken to the streets to protest the results of a presidential election held on October 30. 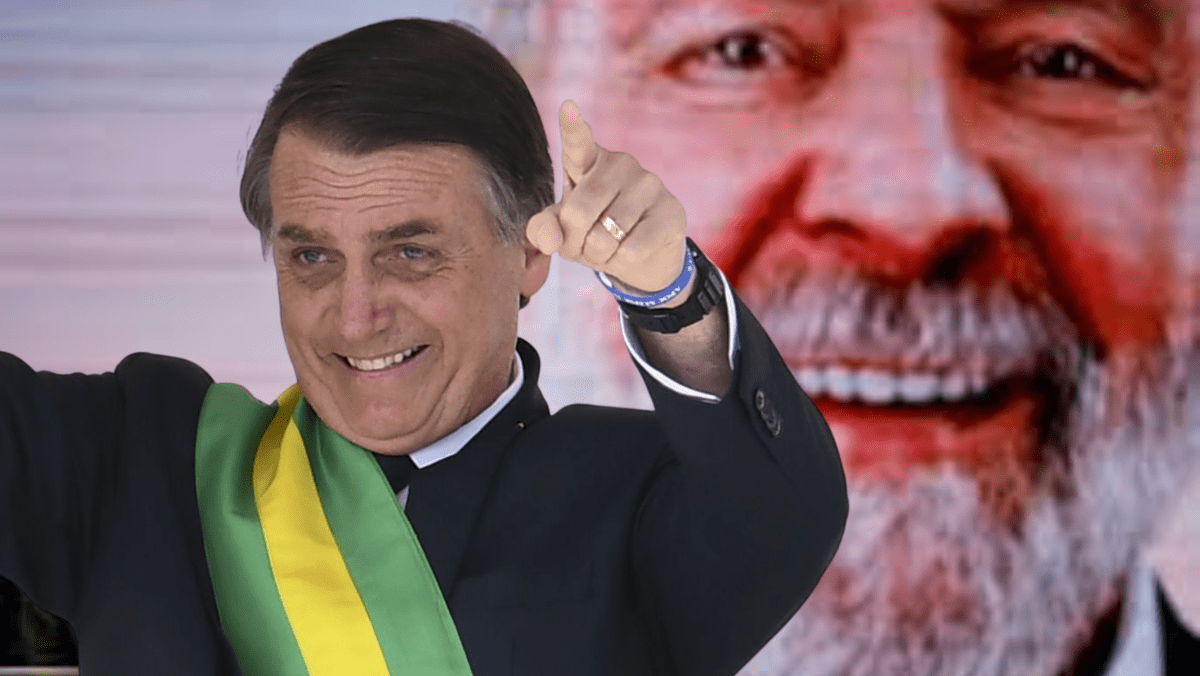 Anger and frustration over results of the election between current President Bolsonaro and opponent Luiz Lula da Silva, touted as “the most divisive vote in Brazil’s history,” led to demonstrations by tens of thousands of Brazilians who claim election fraud is to blame for the unexpected outcome of the election. 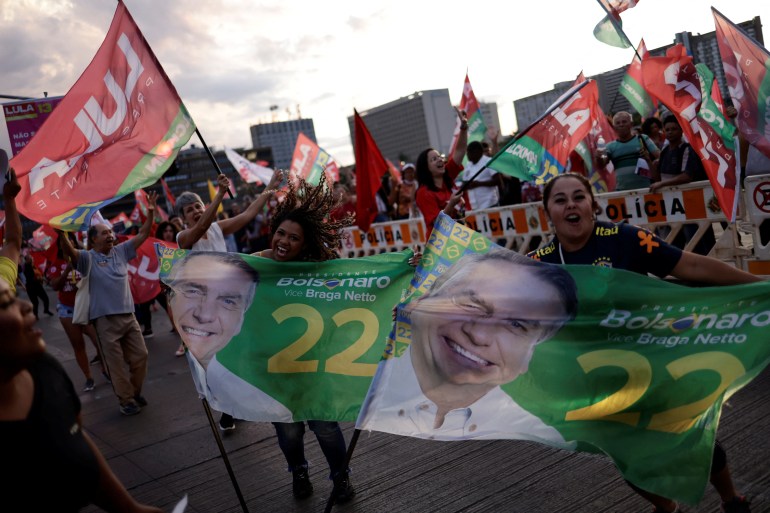 On Wednesday, scores of Brazilians arrived at military bases across the country, many draped in Brazilian flags, and all of them angry over the outcome of a recent run-off election that would decide who would become Brazil’s next president, as they say Brazil’s democracy hangs in the balance following a “rigged election.”

They say they arrived at Brazil’s military bases to help save the country by pleading with the military to take control of the government.

On Tuesday, Brazil’s far-right president, Jair Bolsonaro, agreed–though reluctantly–to transfer power to Lula da Silva after 45 hours of silence following his loss to the leftist candidate. Mr. Bolsonaro has a reputation in Brazil for “unfounded attacks” on the country’s election systems, and though he finally conceded, his supporters had no intention of surrendering–alarming, given that the country found itself at the hands of a military dictatorship that spanned two decades, ending in 1985.

“I don’t understand it that well, but [the military has] to intervene and hold new elections,” said Andrea Vaz, a protester and supporter of Bolsonaro who joined in the protests outside the Brazilian Army’s national headquarters in Brasília. Vaz says the election was rigged and accuses the incumbent’s campaign of voting machine fraud. “We saw various videos. People giving out money, buying votes. There’s proof.”

Other protesters voiced much more drastic demands, including demands that the military take control of the streets, that Congress and the Supreme Court be disbanded, and that Bolsonaro remain in his current role as president until new elections could be held. They refuse to accept the election of Mr. da Silva, citing his history of corruption and calling him a criminal.

“We don’t want a thug president who robbed, who was arrested, who had various people in his government who looted Brazil,” said Danielle Mota, a protester who arrived with a sign that read, “Federal Intervention.”

On Tuesday, during a two-minute address to his supporters, President Bolsonaro said the following:

I know you’re upset. You’re sad. You expected something else. So did I. I’m just as upset, as sad as you. But we have to keep our head in place. The protests are very welcome; they are part of the democratic game. 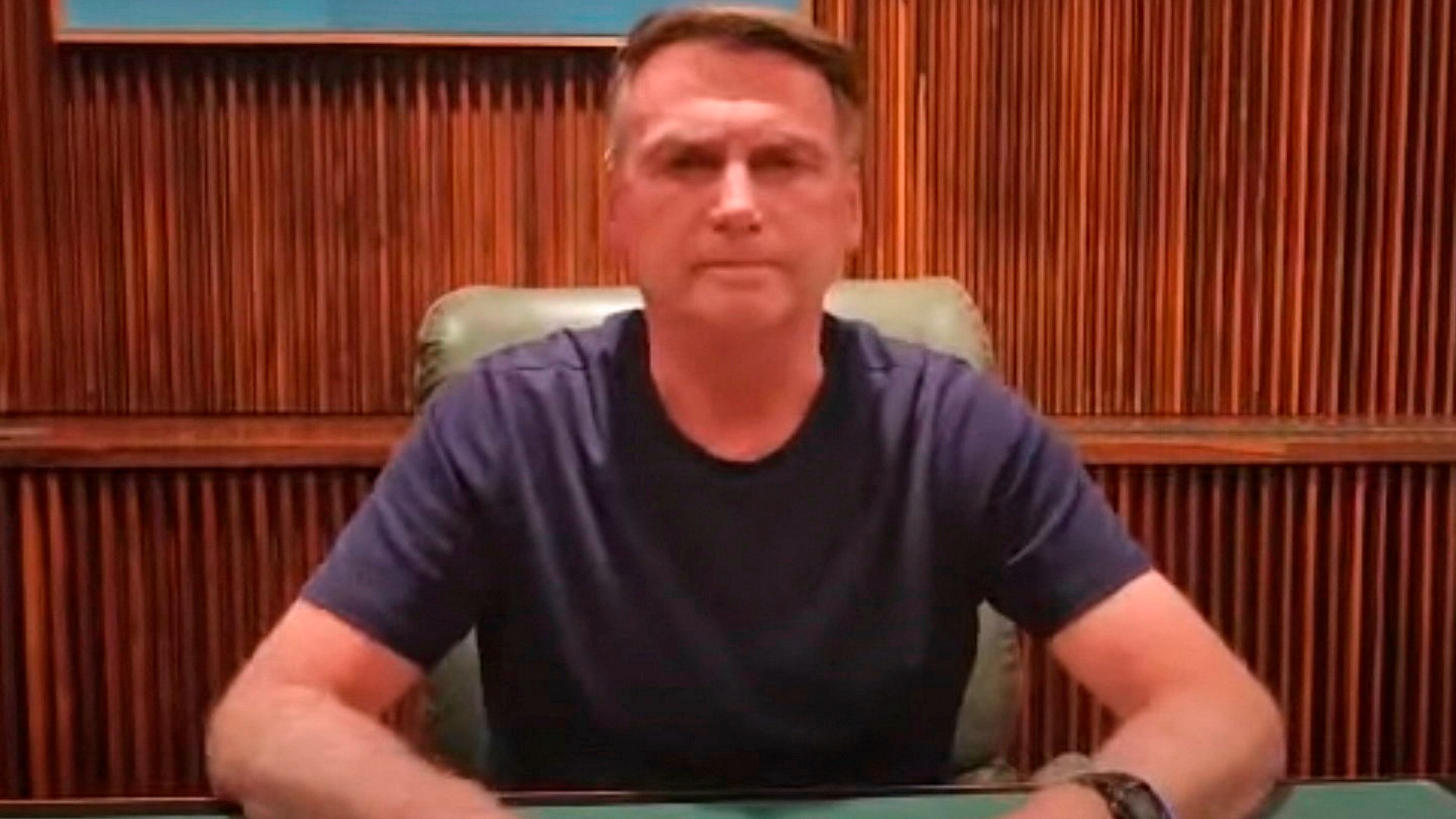 Bolsonaro further said that he supported the protests that have been inspired by “feelings of injustice in the electoral process,” but he urged his supporters to remove road blockades set up, as they were keeping citizens from their rights to come and go in their daily pursuits.

Just around Sao Paulo, roadway blockades caused numerous backups and were to blame for a total of more than 60 miles of traffic jams as of Wednesday. This further led to the cancellation of 1,400 buses and fuel shortages in at least four states in Brazil. 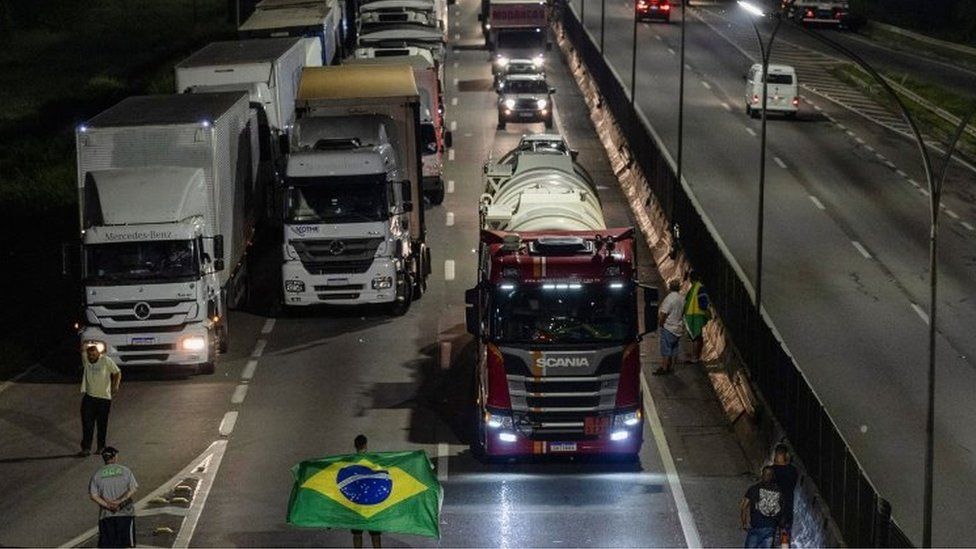 In all, more than 100,000 protesters gathered in at least 75 cities across the South American country, including all of Brazil’s 27 state capitals–many of them around military bases.

Some protesters held up signs, professing their frustrations over the election results. Some chanted angrily as news cameras filmed their rage, and others said little but remained resolute in their efforts. Some protesters saw clashed with police in the streets.

Others, like the gentleman in this photo, seemed to simply stand around and take in the events unfolding around him–as best he could, anyway. 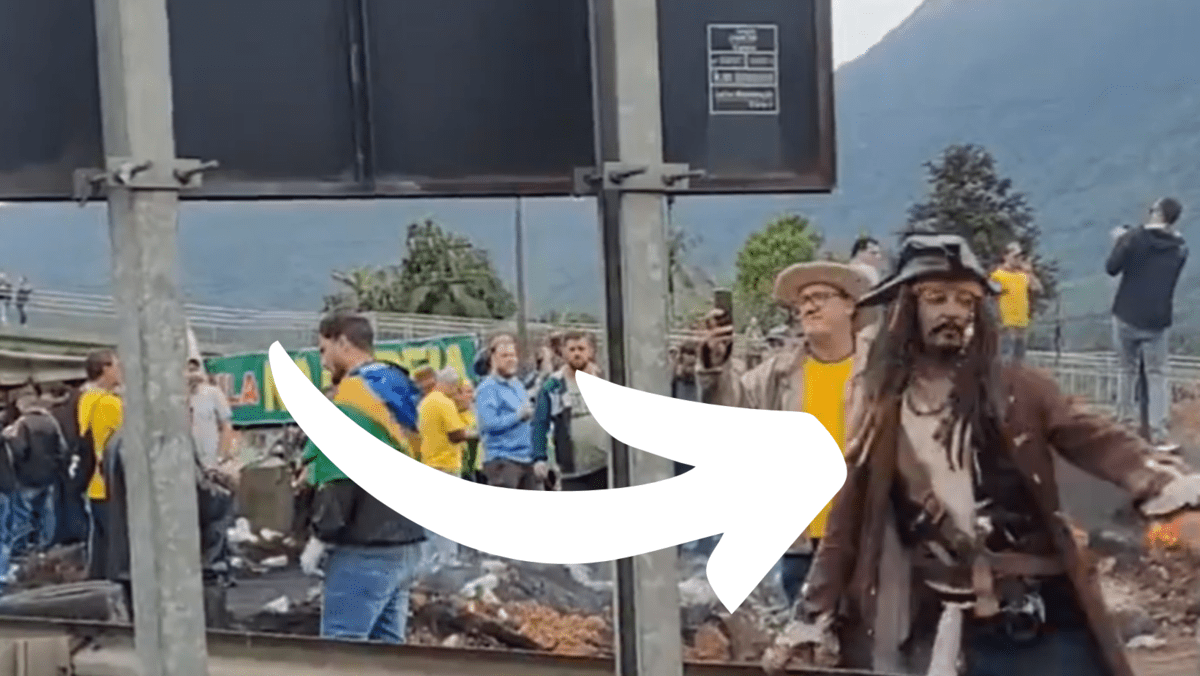 The man, clad in Captain Jack Sparrow’s finest swashbuckling duds, seems to be quite inebriated.

The photos and the video above show the man, dressed as Captain Jack Sparrow from Disney’s Pirates of the Caribbean film franchise. The person filming the man can be heard mentioning “Jack Sparrow” as he laughs. The Sparrow impersonator seems to attempt to step over a guardrail, but stops abruptly, after someone calls out to him. 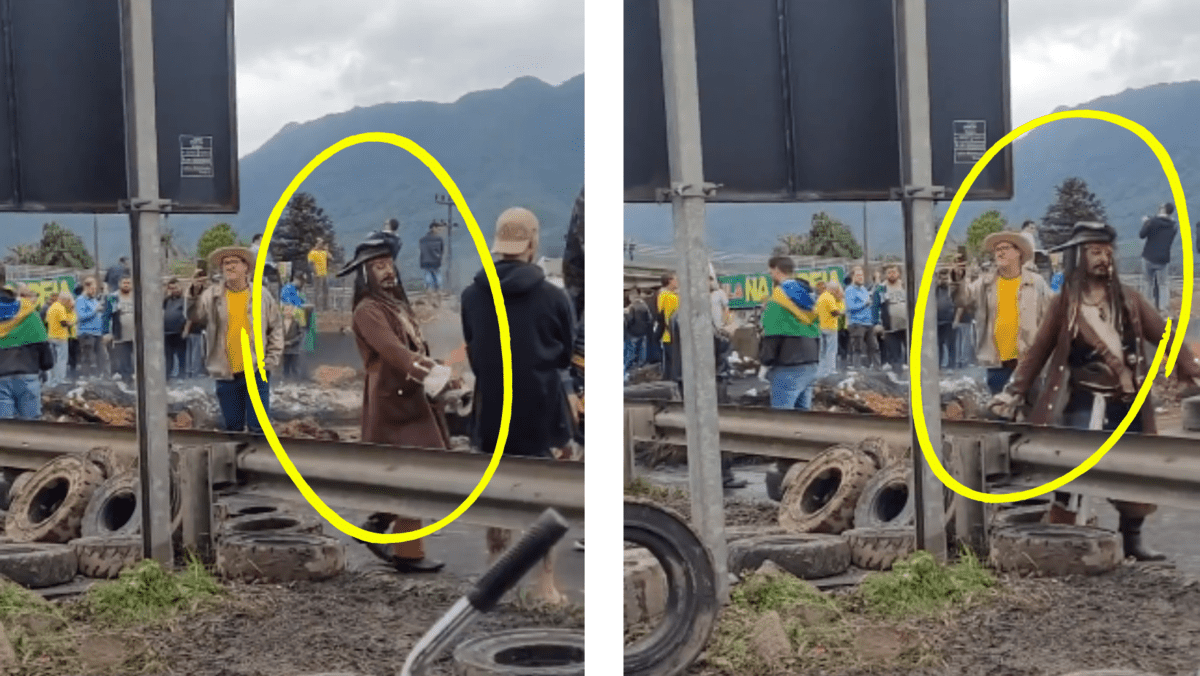 RELATED: Johnny Depp Gets the Last Word with Disney, Though the Company Refuses to Apologize to Him

We’re not sure why Captain Jack Sparrow was seen at protests over the Brazilian national elections. After all, Sparrow is a pirate of the Caribbean, some 3,000 miles away from Brazil.

2022-11-03
+Becky Burkett
Previous: Fantasmic! Gets a Standing Ovation Ahead of Opening Night
Next: This Disney’s Hollywood Studios Experience May Be Gone for Good