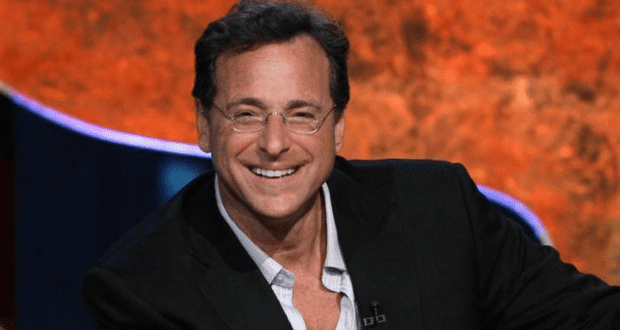 Heartbroken family members of the late comedian and actor Bob Saget have filed suit in Orange County, Florida, to block authorities from releasing records that pertain to the investigation into the actor’s death, according to The Orlando Sentinel.

A suit filed today by Saget’s wife, Kelly Rizzo, and Saget’s three daughters, Aubrey Saget, Lara Saget, and Jennifer Saget, is aimed at preventing the Orange County Sheriff’s Office and the District Nine Medical Examiner’s Office from releasing further information about Saget’s death investigation. The suit is in response to a number of requests for public records that relate to the investigation that took place after Saget was found deceased in his room at the Ritz-Carlton Orlando Hotel on January 9.

According to the complaint filed in court, Saget’s family will “suffer irreparable harm in the form of extreme mental pain, anguish, and emotional distress” if more information about Saget’s death investigation is released. The complaint further states that “no legitimate public interest would be served by the release or dissemination of the records to the public.”

The beloved actor and comedian was perhaps best known for his role as single dad of three, Danny Tanner, on the Disney-owned ABC series, Full House, which aired on ABC for eight seasons from 1987 to 1995.

Saget was in Florida as part of his I Don’t Do Negative tour. He had just performed his stand-up comedy show the night before he was discovered deceased in his hotel room at the Ritz-Carlton. Saget’s family released a statement last week, citing head trauma as that which precipitated and caused his passing. The final autopsy report was not released until Friday by the Orange County Florida Medical Examiner, Dr. Joshua Stephany.

The report echoed what Saget’s family shared: that head trauma led to the actor’s death. The official report cited multiple fractures to Saget’s skull and detailed injuries that the medical examiner attributed to a fall. But since the official report was released, members of the medical community have raised questions about the findings, suggesting that such extensive injuries would have resulted from a very serious event, such as falling from a significant height, being struck, or having been thrown as in a car accident.

“I think what it reveals more than anything else is this was not a simple bump on the head,” says neurosurgeon Dr. Sanjay Gupta, Chief Medical Correspondent for CNN. “When you read this autopsy report that may still be the case, but it was a pretty significant blow to the head.”

Fans of the late actor have taken to social media to air their questions about Saget’s injuries, some going so far as to claim foul play, against what the Orange County Sheriff’s Office report from January 9 states.

Attorneys for Saget’s family from the GrayRobinson law firm in Orlando say that photos, videos, and audio recordings from Saget’s death investigation should not be released, as they are confidential.

“The facts of the investigation should be made public, but these materials should remain private out of respect for the dignity of Mr. Saget and his family,” said GrayRobinson attorney Brian Bieber in a statement. “It’s very simple from a human and legal standpoint; the Saget family’s privacy rights outweigh any public interest in disclosure of this sensitive information.”

Under Florida law concerning public records, documentation of autopsies that include photos, videos, and audio recordings are exempt from release to the public. This exemption was created by Florida’s legislature after the death of NASCAR’s Dale Earnhardt in February 2001 in response to controversy over his autopsy photos.
2022-02-15
+Becky Burkett
Previous: Disney Villains That Give Us the Creeps
Next: BREAKING! Disney Launches New Business to Develop Residential Communities