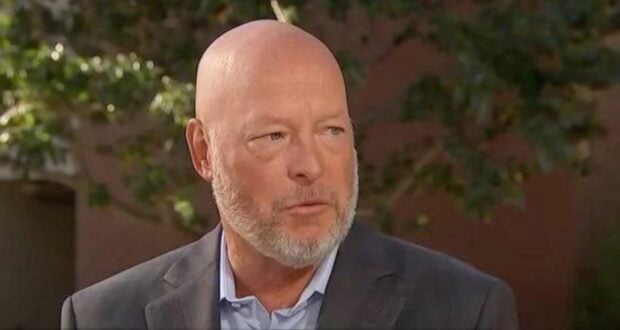 Back in March, Florida Governor Ron DeSantis and fellow Florida Republicans passed the very controversial “Parental Rights in Education” bill — dubbed the “Don’t Say Gay” bill. The bill stated that educators in grades K through 3 would not be allowed to talk about topics like gender identity and sexual orientation. Opponents of the bill felt that the legislation unfairly targeted the LGBTQ+ community, and a number of politicians and companies spoke out against it — except Disney.

For weeks, the company remained quiet, until mounting pressure forced Walt Disney CEO Bob Chapek to make a statement against the Parental Rights Bill — which seemed to backfire as proponents of the bill were upset by the statement and opponents felt that the statement came too late.

Chapek and Disney’s decision to speak out started a war between one of the largest employers in Florida and the popular governor. DeSantis and Florida Republicans passed another bill, ending the Reedy Creek Improvement Act — stripping Disney of its self-governing status. Disney, for its part, is continuing to fight against the bill and a recent poll in the state found that Mickey Mouse was, in fact, more popular than Ron DeSantis. Another poll indicated that voters did not like DeSantis retaliating against a company for simply voicing its opinion.

It has been months since the battle between Disney and Governor DeSantis reached a peak, but things seemed to have calmed down a little bit — in the sense that the issue isn’t being spoken about as much anymore. Things are still tense, but the Reedy Creek Act will not end until June 2023, and a lot can happen between now and then.

Chapek was recently at Disney’s ultimate fan event — the D23 Expo — which took place in Anaheim, California from September 9 – 11. While at the Expo, the Walt Disney Company CEO sat down and spoke with The Hollywood Reporter about a number of things, including the company’s stance on the bill.

When asked about the backlash the company received for its stance on the Parental Rights bill — especially from Disney Cast Members, many of whom walked out in protest –, Chapek said:

These are complex social issues where we absolutely, positively want to represent the needs and the expectations of our cast members, but we also realize that sometimes in such a divided world, there’s not alignment between what possibly large constituencies of our guest and consumer base are looking for in terms of the kind of content that they want to show their kids at this particular time. What we try to do is be everything to everybody. That tends to be very difficult because we’re The Walt Disney Company. When you’re a lightning rod for clicks and for political podium speeches, the essence of our brand can be misappropriated or misused to try to fit the needs of any one particular group’s agenda. We want to rise above that. We believe Disney is a place where people can come together with shared values of what an optimistic and ideal future can be. We certainly don’t want to get caught up in any political subterfuge, but at the same time we also realize that we want to represent a brighter tomorrow for families of all types, regardless of how they define themselves.

Since speaking out against the “Don’t Say Gay” bill, Chapek and Disney have continued to be outspoken in their support of Cast Members, Guests, and fans who are members of the LGBTQ+ community. In addition, Disney paused all political donations in the Sunshine State. Chapek has also said that Disney will work with Florida legislators to overturn the bill when its validity is challenged in a court of law.