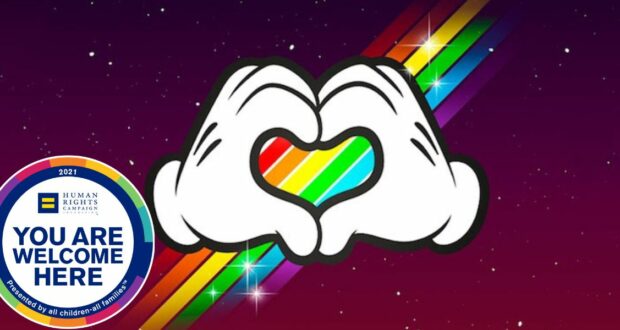 In the early part of this year, Florida Governor Ron DeSantis and Florida Republicans passed the controversial “Parental Rights in Education” bill — also called the “Don’t Say Gay” bill. The bill prevents Kindergarten through 3rd-grade educators from talking about certain topics like sexual orientation and gender identity. There was immediate backlash from a number of politicians and companies — but not Disney. Disney remained quiet on the bill, and Disney CEO Bob Chapek was quoted saying that he believed the legislation was “irrelevant” to the company.

Disney faced a lot of internal backlash for its lack of response, and Chapek eventually made a statement, but not before there were protests and walkouts. After promising to fight to get the bill overturned, Disney said that it would be making a massive $5 million donation to the Human Rights Campaign — an organization that fights to protect the LGBTQ+ community.

The Human Rights Campaign made a statement saying that it was rejecting Disney’s donation, as it did not feel that Disney had done enough to prove that it truly believed in protecting the rights of its LGBTQ+ Cast Members. Disney responded to the rejection, saying that, while they were disappointed, the company would continue to fight for equality.

Now, it appears that the Human Rights Campaign has seen a vast improvement from Disney and has announced that they will be accepting Disney’s $5 million donation. HRC spokesperson Elizabeth Bibi revealed that the two companies have been working together for months and the HRC has been happy to see Disney standing firm in wake of the outside backlash.

In announcing that the Human Rights Campaign was accepting Disney’s donation, Bibi made the following statement, which was shared with Variety:

“Over the last several months, we have been having very productive conversations with Disney about the impact of anti-LGBTQ+ laws and policies and what they can do to help our community — specifically, what they can do to make the world safer and more welcoming for LGBTQ+ people, especially the youth and families currently under political attack,” Bibi said in a statement. “Following their shareholder meeting in March, Disney was the only major company in Florida or the entertainment industry to specifically call for a repeal of the ‘Don’t Say Gay or Trans’ law. Disney has stood firm in their commitments to our community, and the company has taken real action to meet their employees’ needs and lean into their values of diversity, equity, and inclusion. We’re grateful for Disney’s meaningful and ongoing engagement around the impact of anti-LGBTQ+ laws and policies, which builds on the company’s many years of strong support for the LGBTQ+ community, and are thankful to them for their support of HRC’s work.”

Disney is currently working hard to make sure that its LGBTQ+ Cast Members feel seen at hard, but members of the community at large feel seen. Disney has said that it is determined to show more LGTQ+ representation in its films and television shows.

At this time, Disney has not commented on the statement made by the Human Rights Campaign.

2022-10-02
Krysten Swensen
Previous: Boooook! Show Me the Spell For a Wickedly Fun Sequel!
Next: Guests Agree on Skipping Something Huge On Their Next Disney Trip