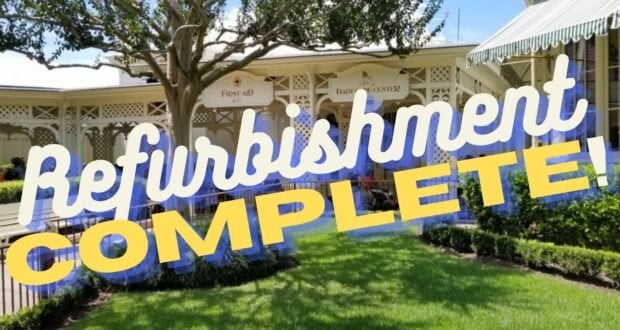 A huge refurbishment is finally complete at Magic Kingdom, and chances are you didn’t even notice it!

It’s disappointing when a favorite attraction is closed for annual maintenance or refurbishment at the Walt Disney World Resort in central Florida, and it’s even more heartbreaking when an attraction or ride we really looked forward to is closed suddenly when we are in the parks due to technical difficulties, without warning. 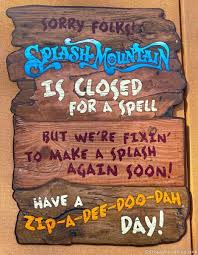 RELATED: Disney World continues to change the reopening date of this Guest-favorite attraction

When attractions and rides are undergoing refurbishment, it’s hard not to notice. Often, there are detours around the attraction, and sometimes those refurbishments create roadblocks for us as we head to other attractions.

And then there are times when it’s a favorite resting spot or a favorite photo spot in one of the four theme parks that is closed or roped off because of a planned refurbishment. Those are pretty disappointing too, especially since they don’t get the news coverage the attractions get, so you may not even know about those closures before your Disney vacation. You might not even know about them until you’ve completed your mobile food order, gathered up your massive order and your multiple family members, and headed to your favorite rest spot in the park, only to discover it’s closed.

Maybe it’s been a while since you’ve visited the Walt Disney World Resort, or maybe you were just at Disney recently for the Worlds Most Magical Celebration in honor of the Resort’s 50th anniversary. Either way, you might have missed the reimagining of a popular spot at Magic Kingdom.

RELATED: Here’s why you should take your baby to Disney World with you!

The Baby Care Center at Magic Kingdom has been completely refurbished. If you’re a parent, but you don’t have little ones with you when you visit Magic Kingdom, you probably didn’t notice this spot before or after its refurbishment. Magic Kingdom’s Baby Care Center is located between Casey’s Corner at Main Street, U.S.A., and the Crystal Palace restaurant as you make your way to Adventureland.

Before its refurbishment, the Baby Care Center was, well, pretty bland and blah–not that parents or babies needed any hoopla when changing diapers, nursing babies, or changing clothes on their little ones, but we do think the reimagining of the space inside the care center is really nice.

The Baby Care Center at Magic Kingdom now has an adorable Alice in Wonderland theme across every area of the center, from the private nursing room and kitchenette area to the cheerful family room.

When Guests first enter the new Baby Care Center, they will immediately see a welcome message that gives them a clue about the new theming:

“Guests who venture down the rabbit hole into this updated space will find a charming Victorian oasis themed to ‘Alice in Wonderland’, complete with a private nursing room, kitchenette area, and playful family room. It’s sure to be a wonderland for visiting families!”

The Victorian accents are seen throughout the new Baby Care Center, and Guests will also find favorite Disney characters from the story, each one taken from an iconic scene from the film, like Alice, the White Rabbit, Tweedle Dee, Tweedle Dum, the Mome Raths, and Alice’s cat, Dinah. There’s even a character in the wallpaper that we think we could have done without! Which character is it?

You guessed it; it’s the Queen of Hearts!

And, of course, the newly-decorated Baby Care Center is decked out with teapots, teacups, and tea cakes!

While the center is available for nursing mothers who want privacy or for a parent needing to warm a bottle for baby, the Baby Care Center at Magic Kingdom isn’t just for babies.

If you’re the parent of a small child, and you need a place to take a break with them, or if you’re the rockstar parent of a child with autism or developmental delays, the center can be a place to step away from the hustle and bustle of the park. The center is also great for washing hands and faces between lunch and your next ride or other attraction.

At EPCOT, you’ll find the center next to the Odyssey building on your way toward the World Showcase.

You will also find Baby Care Centers at Animal Kingdom near Creature Comforts, and at Disney’s Hollywood Studios, just inside the entrance to the park. They are available at every Disney Park, including Disneyland Resort in California (at Disneyland Park and Disney California Adventure), Tokyo Disneyland, and Disneyland Paris.

Photos of the newly decorated center are credited: Carolyn Lau

2021-12-08
+Becky Burkett
Previous: 5 Disney Movies That Should’ve Had a Sequel (And 5 That Shouldn’t Have)
Next: Magic Kingdom Railroad Testing Begins TODAY!