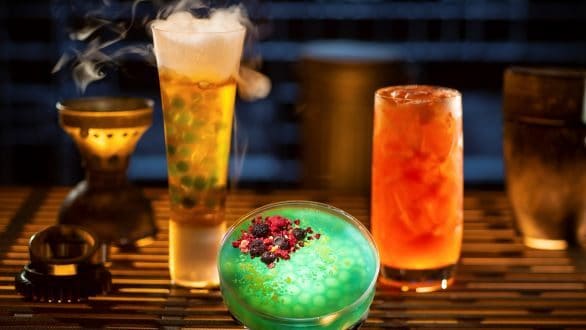 A Guide to Dining at Star Wars: Galaxy’s Edge

The Disneyland version of Star Wars: Galaxy’s Edge is already open, and guests will be able to visit Black Spire Outpost at Disney’s Hollywood Studios starting on August 29. Food is a large part of any Disney vacation, and to really feel like you’re visiting the planet of Batuu you need to eat like a local. There are several places to grab something to eat inside of Galaxy’s Edge. The names of some of the foods may sound a bit exotic, but they are made with familiar flavors. Here’s a quick guide to dining when visiting Star Wars: Galaxy’s Edge. The information here is based on the Disneyland version, but it is expected to be the same once the land opens in Florida.

Back when “Star Wars Land” was just a rumor, everyone agreed that there needed to be a cantina. Oga’s certainly fits right in with what fans would expect! There’s a circular bar in the center, the lighting is low, and it has a real “other world” feel. Rex, the droid who was the pilot on the original Star Tours ride, has found new work as a DJ. Once again Rex is voiced by Paul Reubens. Oga’s is open for breakfast with a limited menu, including a few drinks. After breakfast it turns into a lounge, and that is when Oga’s shines. Drinks with alcohol include Yub Nub (which is served in an Endor mug), Bespin Fizz, and Jedi Mind Trick. Nonalcoholic specialties include Blue Bantha and Hyperdrive (Punch It!). There is a limited amount of food sold as well. The problem with the already popular Oga’s Cantina is that it is small. You might want to visit first thing, because there will be a line to get in. Disney reserves the right to limit the amount of time that patrons can visit Oga’s, often allowing people to stay for a 45 minute maximum. There could also be a two drink limit. Docking Bay 7 Food and Cargo is easy to find. Just look up for the docked ship, and head in that direction. This is supposed to be the type of place where the Villagers will eat when they get hungry. It’s the Galaxy’s Edge version of a quick service restaurant. You’ll order, and there are tables where you can enjoy your meal. All three meals are served. For breakfast, the Mustafarian Lava Roll is really a fancy cinnamon roll, while Bright Suns Morning is an egg and sausage dish. Smoked Kaadu Ribs and Roasted Endorian Tip-yip Salad are among the entrees that are served all day. Felucian Garden Spread is the plant based entree that is served for lunch, while at dinner Ithorian Garden Loaf is served instead. Docking Bay 7 also has delicious themed desserts. While you’re in Docking Bay 7 Food and Cargo, look up. The ceiling screams Star Wars. Ronto Roasters is a place where you can quickly grab something if you are hungry. Even if you aren’t, you will want to see it if you are a Star Wars fan. There is a large pit in the middle of Ronto Roasters where the “meat” is being “cooked”. A droid is turning the meat, and the heat source is a pod racer engine! Ronto Roasters has a couple of options for breakfast. The Ronto Wrap, and Nuna Turkey Jerky (available as either sweet or spicy) are served all day. There are also specialty nonalcoholic beverages such as Tatooine Sunset and Sour Sarlacc. If you want a quick snack just head to the Marketplace. At Kat Saka’s Kettle, they sell what is called Outpost Mix. It’s popcorn that is a little bit sweet and a little bit spicy.  The stand isn’t large, and it fits right in with the Marketplace feel. Coke products and Dasani water, in their special bottles with Aurebesh writing, are served here as well. Disney could limit the number of beverages sold each transaction. Ever since Aunt Beru served blue milk at dinner in Star Wars (back before it was called A New Hope) people have wondered what blue milk would taste like. Green milk was later introduced in The Last Jedi. The Milk Stand on Batuu does not really answer much about what the milk was like in the movies, because these are a bit different. The Milk Stand sells both Blue and Green Milk, but they are frozen. Blue Milk has a bit of a tropical flavor, while Green Milk is more citrusy. Both flavors are plant based. Don’t think of them as the exact drinks that were served in the movies. Instead, imagine that you are drinking a smoothie that has the milk from the movies as a base. Ordering Blue or Green Milk will not take up a lot of time. Just tell the Villager which type you want, and you’ll have it a few seconds later. Nothing needs to be mixed, it’s in a machine behind them. Blue Milk and Green Milk at the Milk Stand 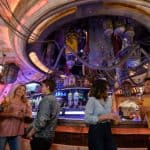 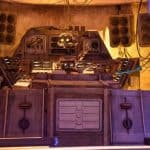 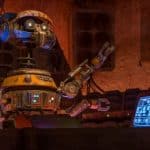 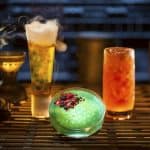 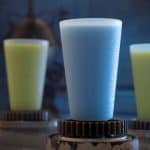 Blue and Green Milk at the Milk Stand 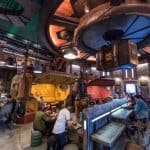 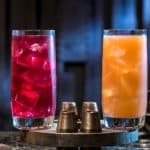 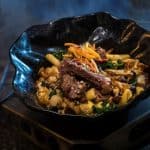 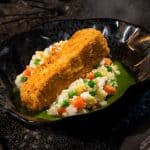 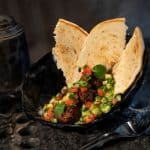 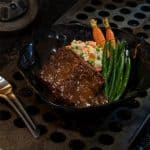 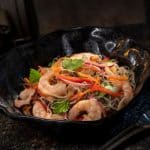 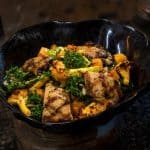 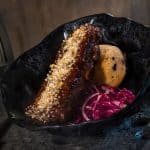 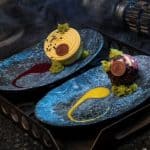 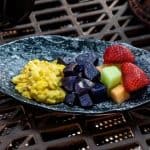 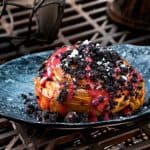 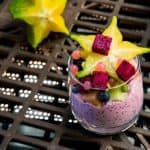 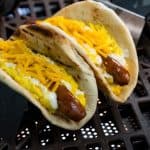 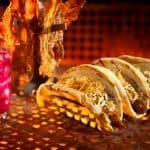 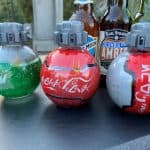 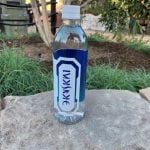 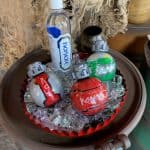