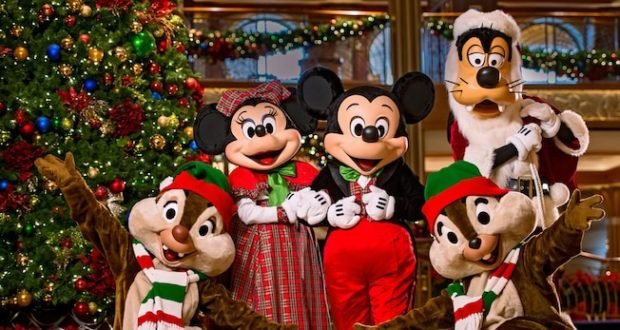 A Few Final Thoughts About Our Very Merrytime Cruise

Missed our daily Cruise recaps and photos? Click here to catch up!

It’s only been a few days since my family and I returned home from our hosted Very Merrytime Cruise on the Disney Dream, and it’s been our main topic of conversation ever since. There are a few more things that I would like to share with you about it.

Before we sailed, I told you that there were some comparisons that I wanted to make. The main one for me was early dining versus late dining. When Disney sponsored us for the Marvel Day at Sea cruise back in January, we had early dining. Disney calls this Main Seating. We had to be in the dining room at I believe 5:45 each evening. After dinner, we would watch the show in the Walt Disney Theater. This time, we had late dining, or Second Seating. This was at 8:15. We’re usually early eaters at home, so I’m surprised that I liked Second Seating a lot more. We would watch the evening’s show, then enjoy a leisurely meal. We then had time after to do what we wanted. When we had Main Seating everything felt more rushed. The earlier time works better for many families with young children, but since we were a party of three adults that wasn’t a consideration for us. On our next cruise we will sign up for Second Seating without hesitation.

Our first cruise was on the Disney Magic. The Magic and the Wonder are the two smaller ships in Disney’s fleet, while the Dream and the Fantasy are quite a bit larger. I can’t honestly say that I prefer one size over the other. The Magic has a charm about her because of her smaller size, but the Dream has plenty of charisma as well. My daughter and I took the stairs on both ships to burn off all the extra calories, and I could feel a definite difference in size then! There is more to do on the Dream, things such as the Midship Detective Agency and Goofy’s Golf, but I don’t think I missed anything by not having those on the Magic. The pools on the Dream seemed a bit more crowded, especially on our day at sea. I guess that’s to be expected, especially since so many people were visiting from cold climates. I live in Florida, so swimming wasn’t a priority for my family on either cruise.

I had heard that Castaway Cay feels more crowded with a larger ship, but I didn’t really think so. There were more people, but it didn’t feel packed to me. The island is beautiful, and any time there is paradise. The holiday decorations were fantastic, and they weren’t overdone. I highly recommend renting bikes on your vacation, if you’re not spending all your time in the water. While the bike rental is officially for one hour, no one will time you. If you keep it longer, it will not be a problem. I also recommend signing up for the Castaway Cay 5K. We missed it on our first cruise, and I am so glad that we had a second opportunity. There is no extra cost, but you do need to sign up ahead of time.

Both of the cruises that we’ve been sponsored for have been themed. The first one was Marvel Day at Sea and the second one was Very Merrytime. (“Merrytime” is a wordplay on “maritime”.) I’m a huge Christmas fan, I love the season, especially since we live close to Walt Disney World. That said, I preferred the Marvel Day at Sea theme. Don’t get me wrong, I loved the decorations for this past cruise. The ship was beautiful, and the gingerbread house was a nice extra touch. Marvel Day at Sea was much more interactive, though. I’m not saying to stay away from a Very Merrytime cruise, because it was still wonderful. Having experienced both, I now want to sail Halloween on the High Seas and Star Wars Day at Sea. The themes are so much fun.

On our first cruise, our stateroom was located midship. This time, we were in the forward section. Midship was definitely more convenient, but I didn’t mind forward. I have heard people say that you can feel more movement in the forward section, but I don’t know if that is true. The first evening was a little bit rough, but it was rough throughout the ship, not just in our stateroom. I think that overall I prefer midship to forward, just because it was easier to find where I needed to go since it was central. I wouldn’t pay too much more for that convenience.

One thing that many people ask about is Internet while on a Disney Cruise. You will pay extra for Internet. For both of the cruises, Disney gave us Internet packages so that we would be able to share our adventures with all of you at home. On the cruise back in January, we were given the Large (1,000 MB) Package. That cruise was five nights, and for me that was a large enough package. My package ran out the final morning, about the same time that we arrived in Miami. The second cruise we were given two Large Packages, and I burned through them. Again, I had enough to last until we docked, but I used twice as much Internet on a cruise that was four nights instead of five. I didn’t do more online, I’m not sure why it didn’t last as long. I did learn that there were some places where the Internet was faster than others. The fastest Internet seemed to be in the atrium, so I uploaded a lot of pictures from there.

One more word about the Internet on a Disney Cruise. If you can’t totally unplug, head to Connect@Sea before you leave the port on the first day. There will be a Crew Member there who can help get your devices ready, and he or she will explain how it works. When you do use the Internet, don’t forget to sign out! I always double checked to make sure that I was signed out so that I wouldn’t waste my package.

My final thought about taking a Disney Cruise vacation is this; do it! You don’t have to be traveling with children in order to enjoy all that Disney Cruise Line has to offer. This was our second childless cruise, and we never felt like we needed little ones with us in order to have a good time. Disney Cruise Line is all about giving you the best vacation experience possible; with or without children. They have now succeeded in doing that twice for us. If you’re like me, you’ll find yourself on the Disney Cruise Line website right after you return home, dreaming about heading out on another one as soon as possible.