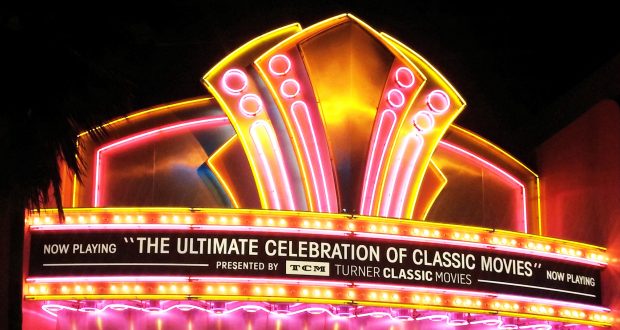 As a huge classic film buff, The Great Movie Ride is always one of my first stops, when I visit Disney’s Hollywood Studios. This ride is so much more than just a cool respite on a hot Orlando day. It is a celebration of the magic of film! The Great Movie Ride will remind you that movies have the unique ability to encourage and inspire, and it is definitely worth 22 minutes of your time. I hope the following facts will help to make your next ride even more magical!

9. Audrey Hepburn’s hand prints can only be found at Disney’s Hollywood Studios.

When Audrey Hepburn was creating her hand prints for the park, she began to cry. When asked why she was so emotional, she revealed that no one had ever asked her for her hand prints before. Can you believe that one of the most popular actresses of all time had never been asked to add her hand prints to the actual Grauman’s Chinese Theatre in Hollywood? When Grauman’s heard this news, they called her to correct their oversight, but she declined to make hand prints for them. Now this precious piece of film history resides solely at Disney’s Hollywood Studios.

8. The audio-animatronics’ wigs are made with real hair!

The next time you ride through The Great Movie Ride, take a closer look at the audio-animatronics. The Imagineers were so dedicated to the authenticity of the ride that they gave the AA’s wigs made out of real human hair!

7. Though originally presented by Coca Cola, the ride is now sponsored by Turner Classic Movies.

Fitting, huh? It only makes sense that the leading proponent of classic films would want a part of the action! When TCM took over a few years ago, a few changes were made to incorporate the new sponsors. The ride now includes a TCM-curated pre-show and finale hosted by the face of the classic film channel – Robert Osborne. As part of their relationship with Disney, they have also started a recurring block of programming called “Treasures from the Disney Vault”, which features classic Disney films. If you ask me, “I think this is the beginning of a beautiful friendship.” (Respond in the comments if you can place that quotation! Hint: The film is included in the ride!)

6. Apparently, Hidden Mickeys go all the way back to… Ancient Egypt?

On the ride, you will see the famous dancer featured in his most iconic role, Don Lockwood in “Singin’ in the Rain”. He, along with all of the other actors represented, had to give approval for their audio-animatronic selves, before the ride could make it’s official debut. If an actor had passed away, like John Wayne and James Cagney, a representative from the family had to approve it.

4. The names listed on the computer screen in the “Alien” scene are not random.

If you look closely at those names, you may not recognize them, but you wouldn’t be enjoying this amazing ride without them! Those are the names of some of the original Imagineers on the project! Pretty cool way to inject yourself into film history, if you ask me!

3. Those Imagineers are all about the details.

Grauman’s Chinese Theatre was built in 1926, so in true Imagineer style, the creatives on the project decided to build the track to be 1,926 feet long. Even the tiniest detail presents an opportunity for something wonderfully creative!

2. Some of the most famous props of all time have been on display here!

Even waiting in line is a once-in-a-lifetime experience at the Great Movie Ride! Some of the original and iconic props that have been displayed in the queue include Dorothy’s ruby slippers from “The Wizard of Oz”, Sam’s piano from “Casablanca”, and a dress worn by Julie Andrews in the “Sound of Music”!

1. This ride was originally intended for Epcot!

In the early planning stages, this ride was going to be the star of a pavilion in Epcot that celebrated film. This idea got to be so substantial, that Disney decided to build a whole park around the magic of movies, and Disney’s Hollywood Studios (known as MGM Studios, at the time) was born! 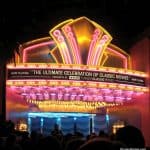 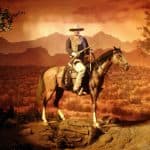 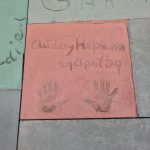 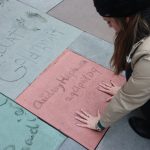