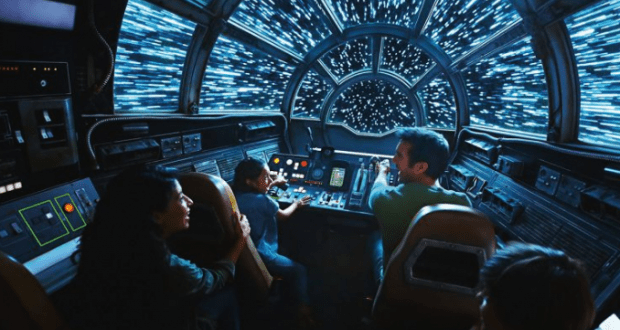 8 Things to Do This Summer at Walt Disney World

If you’ve been thinking of taking a trip to the most magical place on earth, there’s no time like this summer to do exactly that! The Walt Disney World Resort continues to add new attractions, new shows and new rides to its repertoire. The best thing about it is that Disney World doesn’t make Guests wait years for something new to be added to the parks. Just look at this line-up of fun experiences to have this summer—but they won’t last forever, so it’s time to start planning now!

Experience this all-new attraction at Disney’s Hollywood Studios on Sunset Boulevard. Join Lightning McQueen and check out his brand-new racing simulator! In the courtyard outside Sunset Showcase, Guests can dance and play games inspired by Cars. Even Cruz Ramirez is on the scene to take pictures with Guests! Don’t miss this one! 7. Make a Splash at H20 Glow Nights at Typhoon Lagoon

Beginning May 30 and going through August 24, Disney’s Typhoon Lagoon water park will host H20 Glow Nights every Thursday and Saturday evening (except June 20) from 8:00 p.m. to 11:00 p.m. Join the fun and celebrate the theatrical release of Toy Story 4, which hits theaters in June. There will be a DJ-hosted dance party and Guests can meet Woody, Jessie and Buzz from Disney’s Toy Story. There will even be Toy Story-themed food and beverages at Leaning Palms, Typhoon Tilly’s, Happy Landings Ice Cream and Let’s Go Slurping inside the park. This is a ticketed event. Advance tickets are $59 for adults and $54 for kids. At the gate, they’ll be $10 more each. Don’t miss the fun with all the toys!

Have you ever wondered what it would be like to be a professional basketball player? You can get a pretty good idea when you head to the NBA Experience at Disney Springs. Beginning August 12, Guests can take part in all the NBA fun. There will be 13 different experiences inside this all-new venue. You’re invited to take the journey of an NBA player—from training to championships and everything in between! Step up to the Draft Day stage, learn fun facts about the history of the NBA and more. There will also be an NBA store. The experience will cost $34 and will be open to Guests 14 years old and older. 5. The Wonderful World of Disney Animation

This wonderful new nighttime show at Disney’s Hollywood Studios began on April 30 and will have Guests cheering! The Wonderful World of Disney Animation tells the story of Disney animation over the years and includes tiny clips from every Disney and PIXAR animated film ever created. It’s described as a “love letter to Disney animation.” Catch the show in the evenings in front of the Chinese Theater.

In July, Guests will finally be able to begin staying at the Gran Destino Tower at Disney’s Coronado Springs Resort. The tower stands 15 stories high and will serve as the new centerpiece of the resort. It’s part of the reimagining of the resort and once it’s open, it will serve as the new entrance point to the resort as well. The tower adds 545 rooms to Coronado Springs—including 50 suites. There will also be a rooftop restaurant at Gran Destino Tower! It sounds amazing! The Illuminations: Reflections of Earth nighttime spectacular is in no way a new experience at EPCOT. In fact, its run at the Walt Disney World Resort is almost over and will come to an end just after summer this year. If you’ve never seen the nighttime spectacular, see it this summer for sure. And even if you’ve seen it several times, be sure to see it again before it’s gone forever.

We’ve waited for this character experience for a while and it’s finally here! At Animation Courtyard at Disney’s Hollywood Studios, Guests are invited to meet Mike and Sulley—the two hardest working monsters at Monsters, Inc. Stop by, say hello and even have your picture made with the friendly monster duo! And don’t worry—Randall isn’t there to put a damper on the experience! Hurry—you can only meet them until September 30! The all-new 14-acre land will finally open on August 29! Step into life on the planet Batuu and immerse yourself in all things Star Wars. Pilot the Millennium Falcon at the Millennium Falcon: Smugglers Run attraction. (The Star Wars: Rise of the Resistance attraction will open later than the rest of the land.) Drink blue or green milk just like Luke Skywalker at the Milk Stone and enjoy all kinds of Batuuian specialties at several different dining venues and kiosks. Don’t miss this amazing new land that promises to be one of the most popular additions to the Walt Disney World Resort this year!