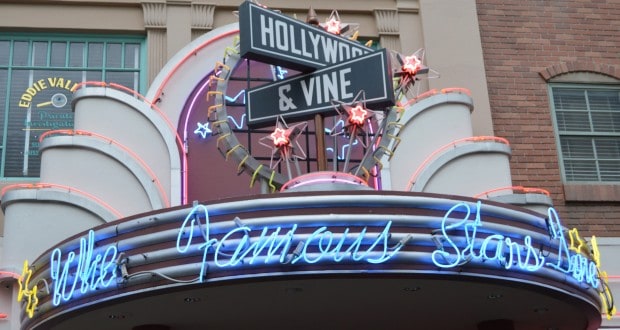 The live shows are a huge part of a day at Disney’s Hollywood Studios. They can grow crowded quickly, especially the first show of the day. If there is more than one show, skip the first one unless you have a FastPass+. While this is a good rule to follow for all shows, it is most important with Fantasmic!. If there are two shows, often the first one ends up standing room only while the second one has plenty of empty seats.

7. Warn Your Little Ones About Fantasmic!

Speaking of Fantasmic!, it is a must-see show. There are fireworks, live actors, boats, water screens, and much more. The show is fun and exciting; and it is a little bit scary at times. You’ll see Mickey’s nightmare come to life in front of you, including some terrifying villains. If you have small children who can’t quite yet separate fantasy from reality, you will want to warn them ahead of time. Let them know that Mickey is having a bad dream, but that everything will turn out fine in the end. It is heartbreaking to see a child crying during the show, scared that Mickey is really in trouble. A warning ahead of time will go a long way.

You might not think that FastPass+ is not all that important at Disney’s Hollywood Studios. After all, it is the smallest of the four theme parks, and since there aren’t a lot of rides (compared to the Magic Kingdom), you might think that FP+ isn’t worth the bother. However FastPass+ is essential at Disney’s Hollywood Studios. It is home to two of the most popular Walt Disney World rides; Toy Story Mania! and Rock ‘n’ Roller Coaster. Unfortunately, you won’t be able to reserve a spot for BOTH of those rides. At Disney’s Hollywood Studios the FP+ selections are in tiers; you’ll pick one from Tier One and two from Tier Two. Both of the mentioned rides are Tier One attractions, meaning that you’ll end up waiting in a standby line if you want to ride both. Tier Two is a little bit easier, and that is where you’ll find the Twilight Zone Tower of Terror.

You might have another difficult decision to make at Disney’s Hollywood Studios. The park is home to two of the most unique full service restaurants around. At Sci-Fi Dine-In Theater Restaurant your table is a car that is parked at a drive in theater. Trailers from 1950’s movies play on the screen in front. Another restaurant based on the same decade is 50’s Prime Time Cafe. You’ll eat at the kitchen table while black and white shows play on the television. Your server will be a member of your family, and you’ll be reminded to “finish your vegetables”. Both restaurants are popular and reservations are recommended. If you aren’t looking for something whimsical, there are other spectacular restaurants in the park as well.

4. Ride Star Tours More Than Once

You don’t have to be a Star Wars fan to enjoy Star Tours – The Adventures Continue. The 3D motion simulator ride will take you deep into a galaxy far, far away. The original ride offered one scenario, so it would be the same ride every time. In 2011 it was updated with new scenes and new characters. Suddenly there were over 50 different ride combinations, so if you wanted to experience them all you’d have to ride it repeatedly. Star Tours – The Adventures Continue has been updated to include the most recent Star Wars films. The old scenes have been updated as well! The lines for Star Tours are usually shortest early morning and towards the end of the day, so if you want to see all possible variations you might want to keep that in mind. More updates seem to be in order as more and more movies are released!

Hollywood & Vine has long been the best place for your kids to meet their favorite Disney Junior characters. Your whole family can enjoy the buffet, while the littlest members of your party can meet favorites such as Handy Manny and Sofia the First. For years dinner has been a character-free buffet. That has all changed. Lunch AND Dinner at Hollywood & Vine now features Minnie’s Seasonal Dining. Christmas, Hollywood, Spring, Beach time, and Halloween are all represented. Characters appearing aren’t guaranteed, but could include Minnie, Mickey, Goofy, Donald, and Daisy.

2. There Are Characters Everywhere!

When people think of Disney’s Hollywood Studios, they might not think of characters, but there are plenty to choose from. The problem is that with all the changes, you might have to look for them. The My Disney Experience App will come in handy, you’ll be able to see who is appearing where and when. You can meet Buzz and Woody, Olaf, Disney Junior favorites, Kylo Ren, Chewbacca, BB-8, Sorcerer Mickey, and many other Disney classics. Other characters appear at times as well. You could spend a good part of your day taking pictures and filling up that autograph book.

The most important thing that you need to know about Disney’s Hollywood Studios is that you need to do everything while it’s still there. With the construction and changes, something that you save until next time might not be around for much longer. The big name rides are considered pretty safe, but many other things in the park could be on the chopping block. Disney hasn’t been giving much warning about closures, so don’t skip anything. You don’t want to have any regrets when you find out that a classic is about to close forever.

2015-12-01
PaulaK
Previous: 8 Things No One Tells You About Visiting Disney’s Animal Kingdom
Next: 10 Magical Moments That Only Walt Disney World Fans Will Understand